Here we have the Ultimate Spider-Man version of Beetle.  While he may not be the classic purple and green, he sure makes an impact in design and execution.


Beetle is one of the swap figures for Marvel Legends Infinite: Spider-Man series.  Sooner or later we should see Boomerang in the same box.

While I have no love or hate for this character, I did enjoy the little bit I saw of him in the animated Ultimate Spider-Man.  He did make for some fun animated sequences.  Regardless of my lack of knowledge of the character, this figure really does kick some ass.

The packaging is the same as the Captain America series except red in color versus the blue.  They make good use of the space with accessories and the BAF part.  Can I mention I love fully tooled characters (as far as I can tell, there are no re-used parts) and accessories?  I won't complain about a $20 price point if Hasbro continues to give quality releases with great sculpt and accessories. 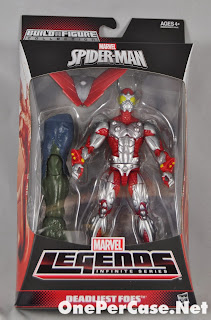 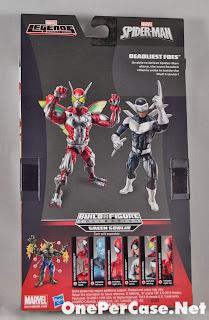 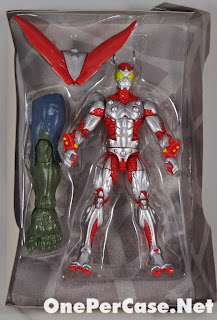 On a fully tooled figure, you may find shortcuts to save money like reduced articulation, especially in the ab crunch or wrists.  Not in this case. 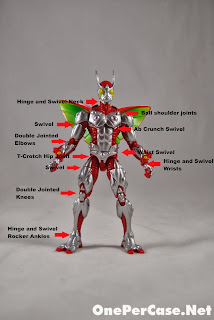 Beetle's only accessory is his wings.

The red plastic has the metallic "glitter" in it and it adds a nice effect if your eyes can spy it passed all that shiny silver paint. 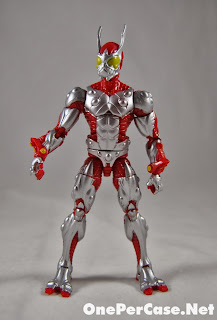 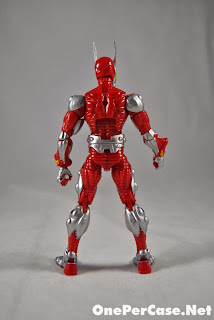 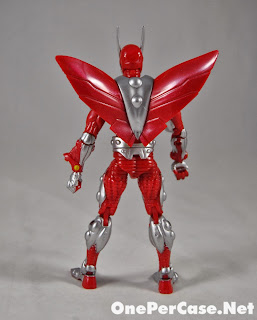 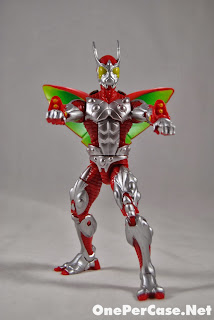 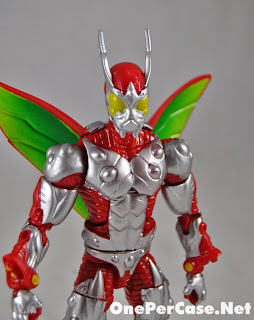 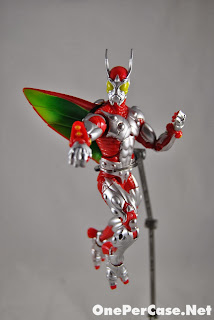 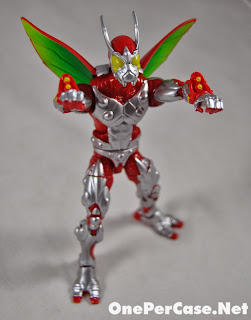 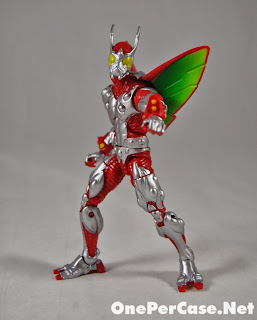 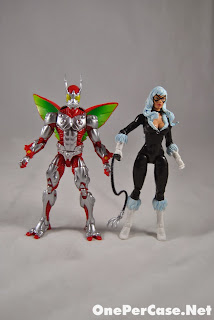 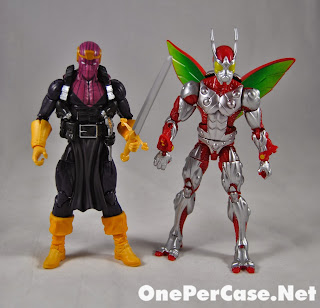 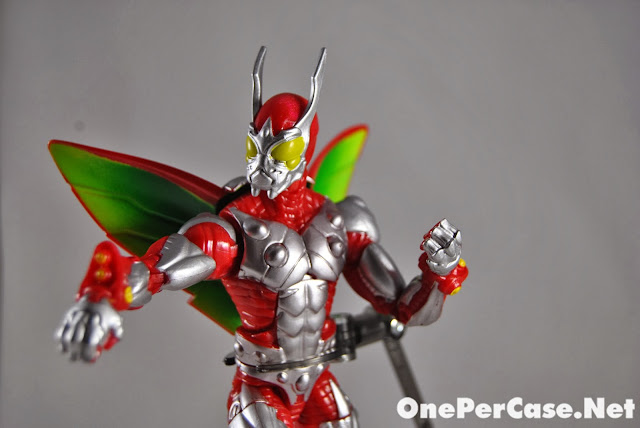 Words and Bugs by Jason
Posted by Unknown at 4:53 PM