Here's the other half of the Agents of Hydra swap-figure pair, the Hydra soldier.  Like Red Skull, he's a new version of an older and sorely lacking figure.  Pop one of our heads off and two more will be pegged on in its place.  Hail Hydra! 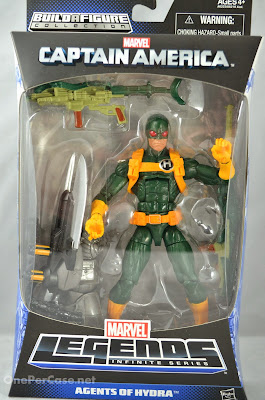 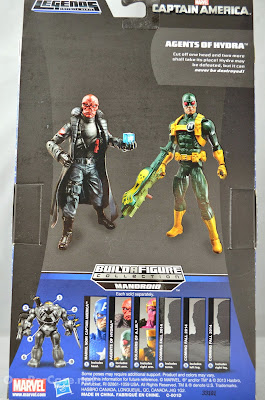 Apparently variants/running changes are called "swap figures" now.  I think that sounds dumb, but whatever.  At least we're getting them all in the same case for once.  I was seriously worried that this figure would be lost to the oblivion that still holds the countless other missing variants from the Return of Legends line.  For simplicity's sake, let's call this Agent of Hydra Bob.  Bob's packaging is identical to Red Skull's.  I like it.  Moving on... 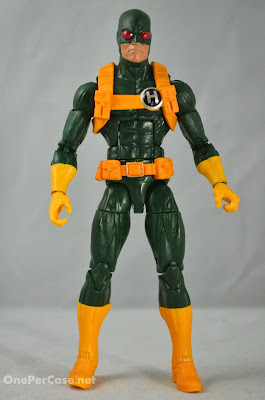 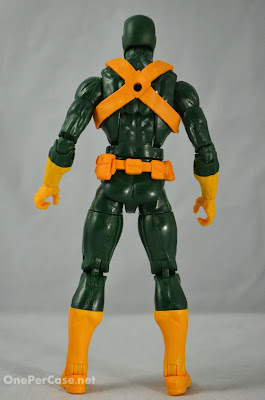 Bob is built on the same body used by Bucky Cap/Archangel/Black Panther and several other recent figures.  It's an excellent base and I'm glad to see it continue to be used.  On top of the body, Bob has a new head sculpt and new web-gear.  It's a simple recipe, but effective.  The head sculpt looks sufficiently mean and Hydra-y, and is generic enough that I won't mind my whole Hydra army all sharing the same head.  Though, with all the alternate heads recently revealed to be coming with other figures in both the Captain America and Amazing Spider-Man Legends/Infinite Series lines, an alternate head with a different expression would have made this figure an 11. 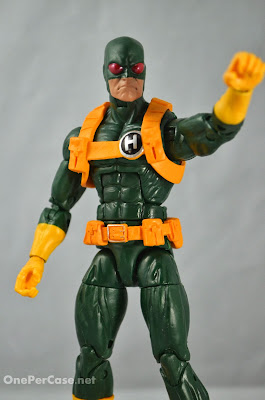 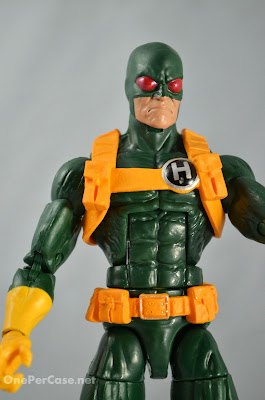 Paint-wise, Bob is pretty simple, but looks great in his simplicity.  The body is grean, the boots, gloves and web-gear are yellow, and the eyes are red.  Typical Hydra uniform, but the deco is all nicely applied on two of mine, with a third having just a little bit of sloppiness. 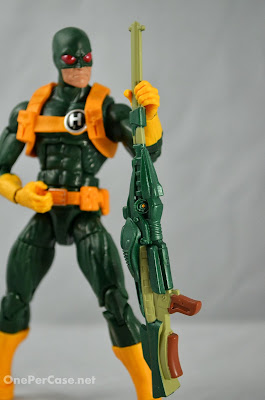 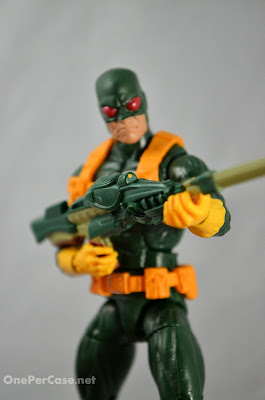 Bob comes with two newly sculpted guns, both of which look pretty science-fiction-y.  The sniper rifle looks like a Covenant rifle from the Halo games, and the other rifle looks like something A.I.M. created.  Which, hell, maybe they did.  The guns both have painted details, which make them look more believable as weapons than if they were just cast in a solid color, for some reason.  And one of them has the Hydra logo tampo'd on top, which is kind of cool.  I wouldn't have minded a more realistic weapon also being included, like the one included with the first Hydra trooper (pictured below), but I can't complain too much.  Two rifles is better than no rifles. 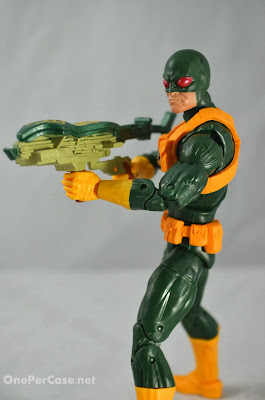 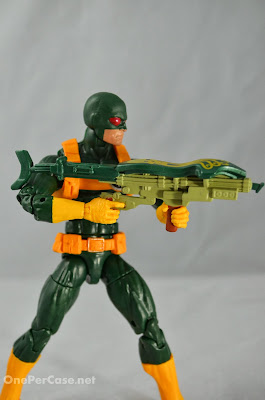 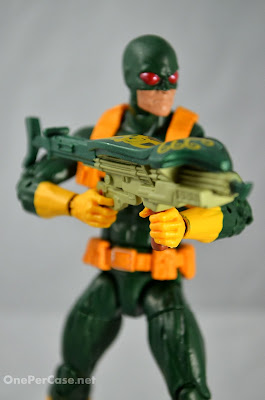 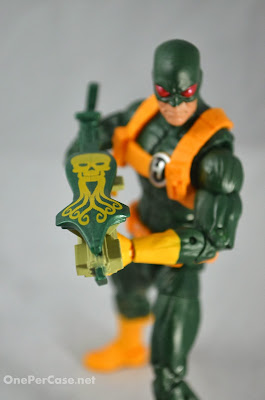 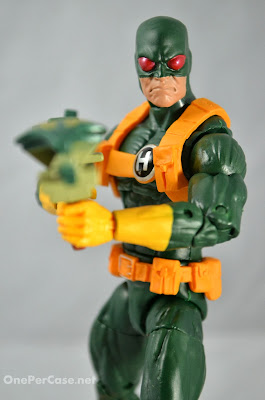 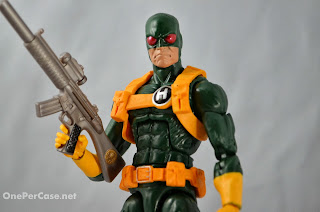 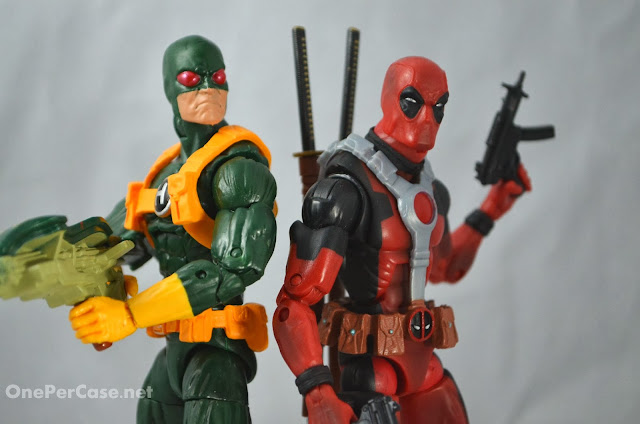 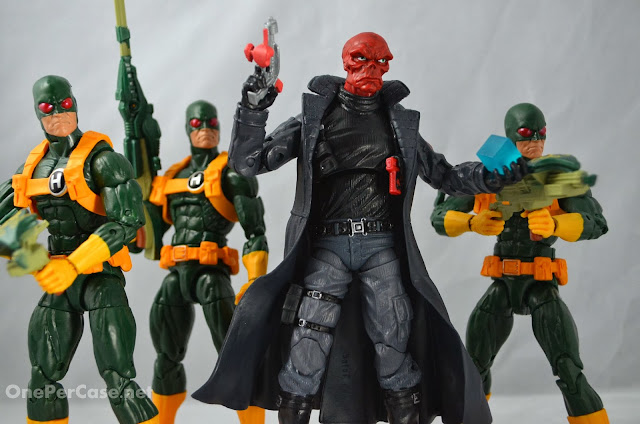 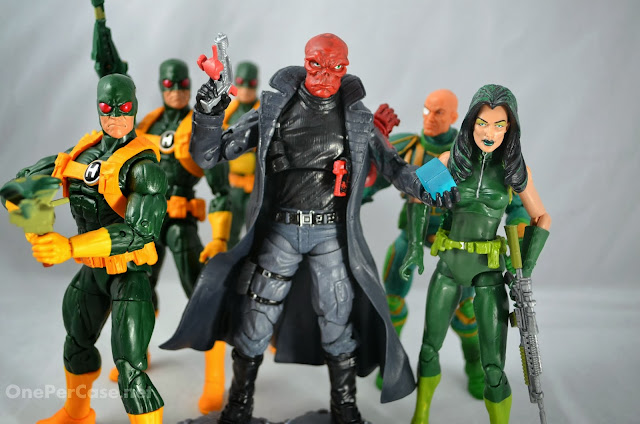 Unfortunately, Bob is packed only one-per-case.  That's going to make finding this guy really difficult for a while, because army builders like me are going to buy the hell out of this figure every chance we get.  And he's worth it.  This is an outstanding figure using a terrific combination of new and old parts.  Good job, Hasbro.  I commend you for getting all the variants out in the same case and for making them all awesome.  Now if you could just make a solid case pack of this guy and sell it on Hasbro Toy Shop, I'd be even happier.  As of now, this figure is not available individually on any e-tailer sites, but you can order a case through BBTS, or hold out for retail.  But good luck.  This may be one of the most sought after Legends figures of the year. 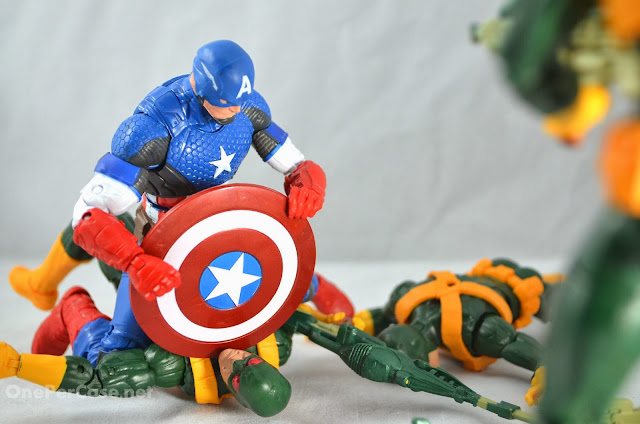