And here's Cap's arch nemesis, the Red Skull.  We got a couple Red Skulls from the Toybiz Marvel Legends line years ago, but he was sorely in need of an update.  Check him out after the jump. 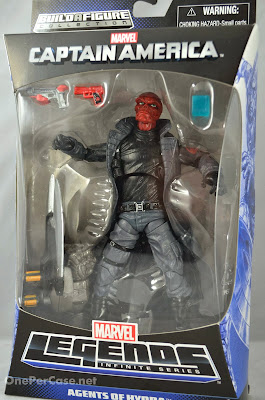 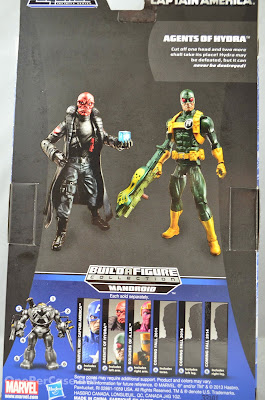 The packaging really isn't any different from the Marvel Now Captain America, other than the figure photo and bio on the back.  There's no character-specific artwork.  But I'll say it again, I am a fan of this new packaging design.  Overall I think it just gives more of a feel of quality to the product.  It doesn't feel like you're buying a toy, it feels like you're buying a collectible. 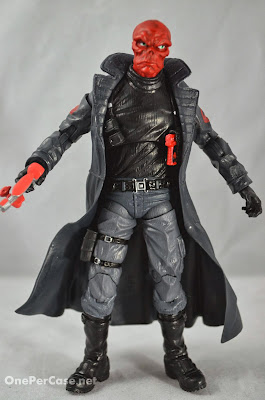 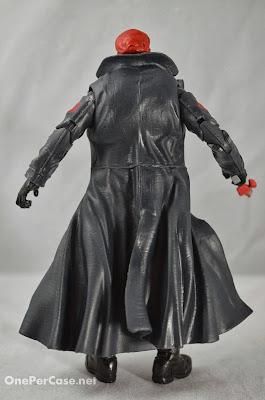 Skull doesn't utilize much new new tooling.  He's essentially a new head sculpt on the same trench-coated body we've seen used before several times with the Punisher, Nick Fury, etc.  I'm not a huge fan of the body, because the hips and shoulders make posing a little awkward, but if you can get it into a good pose, it does look good.  And this body, despite the wonky joints, was a good choice for Herr Skull. 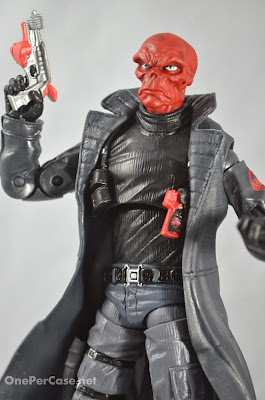 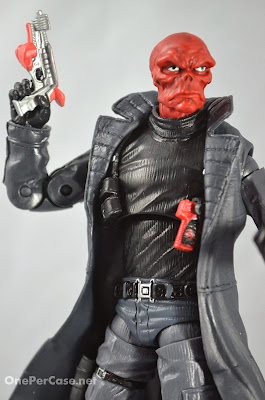 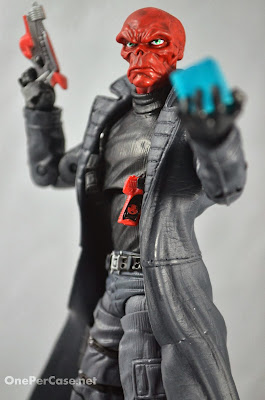 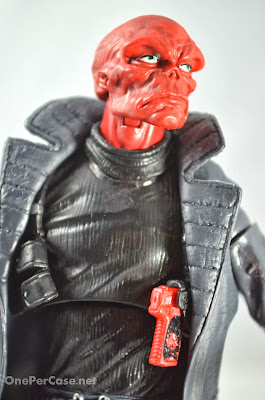 The head skullpt is a thing of beauty, though.  There's a sentence that most people would probably never expect to hear about a character like the Red Skull.  But it's true.  This is a fantastic sculpt.  There's a lot of expression in the face, and some really nice detail that is brought out well by a good dark paint wash. 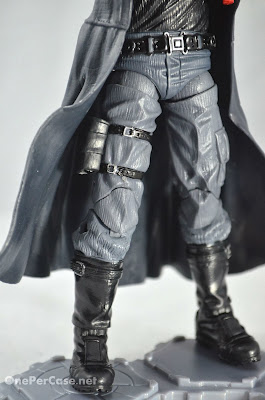 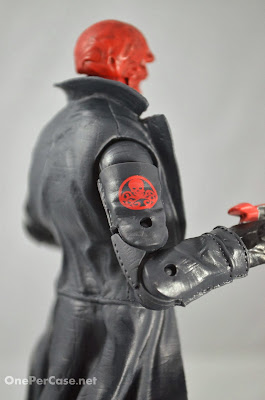 This figure's deco is pretty solid, too.  It's difficult to mess up "guy dressed in pretty much all black", but it's nicely executed none the less.  The silver details on the buckles are all clean, the Hydra logos tampo'd on each arm look good, and the varied shades of blacks and grays used for each different piece of Skull's uniform help break up the monotony of the figure.  My only minor complaint, and again I saw this with all 3 Red Skulls I found this week, is that the eyes are just a little off.  Not too bad, though. 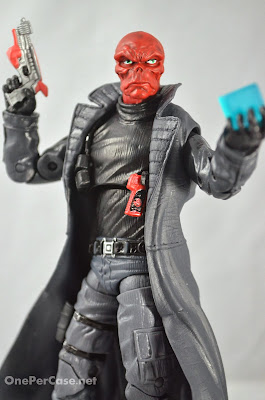 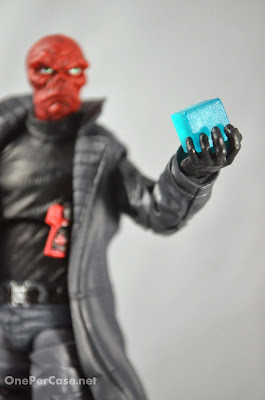 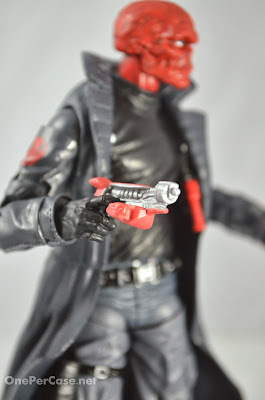 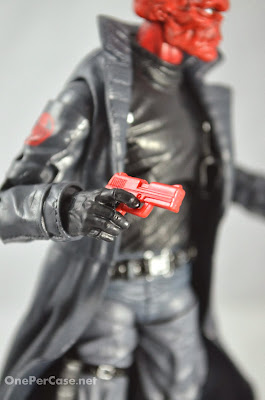 Skull comes with a decent amount of accessories, too.  There's a red version of a pistol we've seen before, another new handgun with more of a Hydra/sci-fi look to it, and a cosmic cube, which is something I was surprised we didn't get in last year's Avengers movie line.  The cube is cast in translucent blue plastic and has a nice glowing effect under the right lights.  It also fits well in Skull's hand and stays without much problem.  My only minor gripe about the accessories is that only one of the two pistols fits into either of the two holsters the figure includes.  So unless you give Skull an extra gun from another figure, he will always have an empty holster. 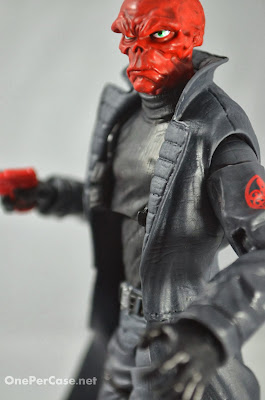 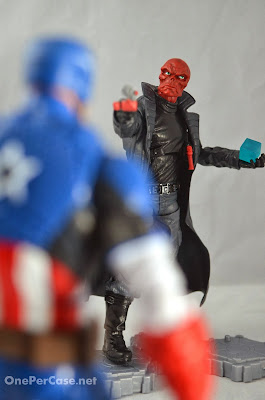 Finally, Skull also includes the left arm for the SHIELD Mandroid Build-a-Figure that we won't see completed until Wave 2 of this line hits.  But so far, the pieces make the BAF look impressive. 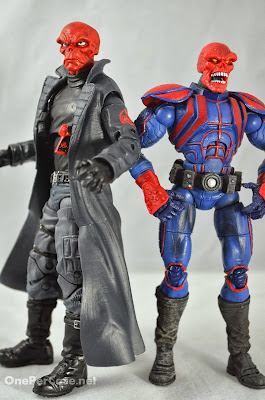 Overall, this version of Skull is a much-appreciated improvement over the older figures.  The head sculpt alone puts the others to shame, but the body isn't terrible either, for this character at least.  I like this figure enough that I feel compelled to own multiples, even though he's not an army builder.  He just looks that good.  You should be able to find Red Skull in the coming weeks as this line rolls out to more retailers, or you can save yourself the hassle and order a case from BBTS.  Either way, Red Skull commands that you let him take over your Hydra forces in your collection. 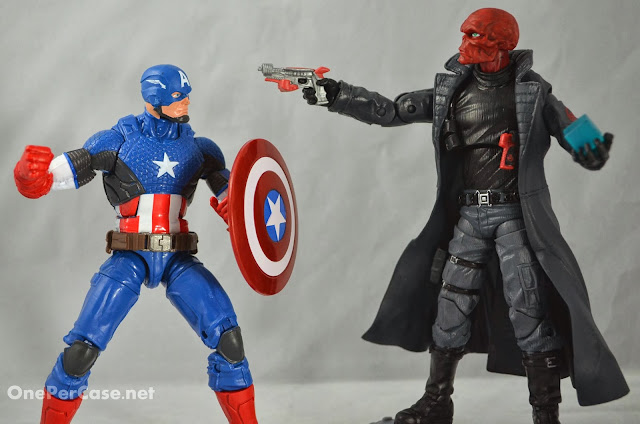 Words, photos, and Hydra-hailing by Zak
Posted by Zak Sousa at 1:56 PM