And here's the final "new" figure in the Rocket Raccoon series, not counting the BAF himself, which we'll be looking at tomorrow.  Scarlet Spider is the only figure packed at two-per-case in the wave.  Is he worth tracking down?  Check him out after the jump. 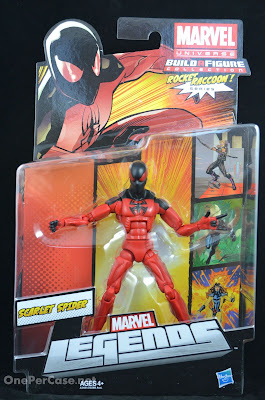 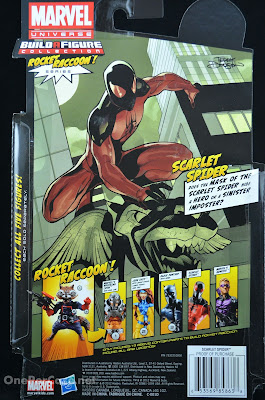 With every other figure in this wave, I've said that it was one I was highly anticipating.  Here's the exception.  This was my least anticipated figure of the series, and is still the figure I'm least excited about.  That's not to say it's a horrible figure, but it's a relatively unexciting repaint based on a character that I have no real appreciation for. 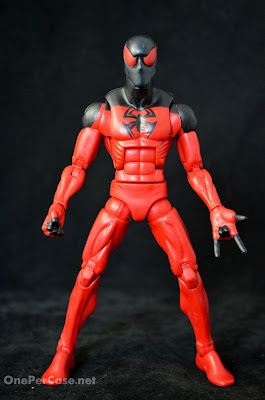 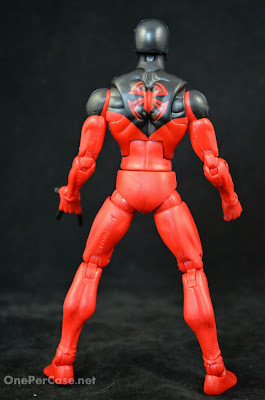 Based on the old modified Bullseye buck, the figure is a far cry from amazing, and the sculpting is a little under-detailed compared to some of the more recent bodies (and compared to its original incarnation on Bullseye).  Everything seems a little too smooth and a little too boxy.  When this body was used for the Future Foundation and Big Time Spidey figures, it was also pretty over-sized for the character, but since Kaine is supposed to be a bigger guy, it works for him. The hands still seem a little big, though. 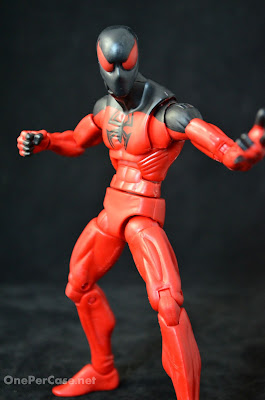 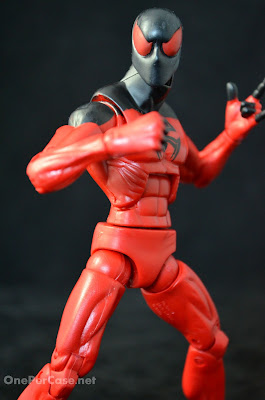 Despite the somewhat outdated sculpt, the articulation and poseability are pretty solid, and Hasbro has kept the body up to date with the rocker ankles introduced in last year's releases of the figure.  These let Kaine hit all kinds of great Spidey-like poses. 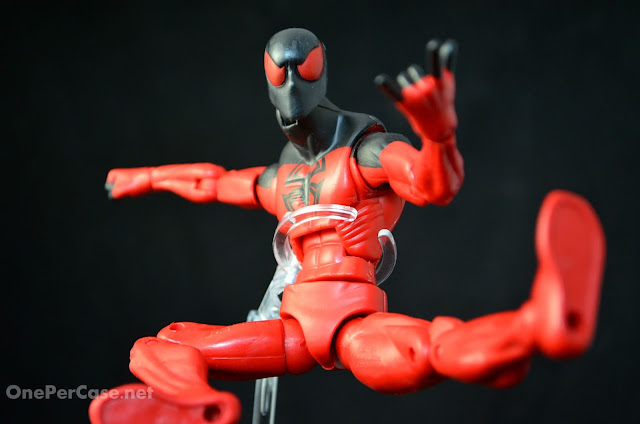 The deco on Kaine is pretty simple, being entirely red and black.  In fact, below the upper chest, there's really nothing visually interesting about the costume.  It looks good in it's simplicity, but to say it's impressive would be giving it too much credit.  Hasbro's factory applied the little paint they need to cleanly, so I can't complain, but this costume doesn't quite have the same pop as the Future Foundation or even the Big Time costumes.  That's not Hasbro's fault, just a somewhat bland design on Marvel's part.

Scarlet Spidey also doesn't include any accessories, so that's a little disappointing.  Spidey figures should always include some sort of webbing accessory.  Luckily for those not interested in the figure, the lack of accessories also means no build-a-figure piece.  So there's absolutely nothing in the package except the figure.  That doesn't help the value proposition of the product at all. 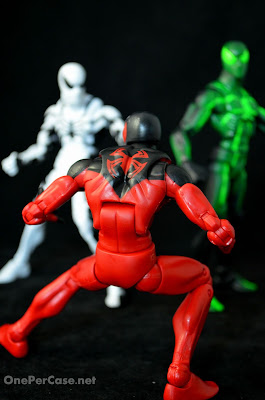 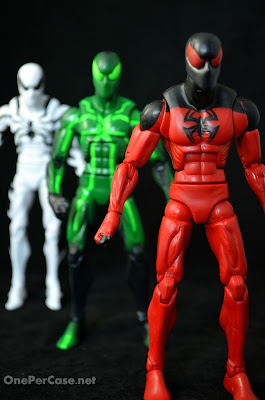 So, it's a repaint of a somewhat outdated figure with no new tooling, and it includes absolutely no accessories.  That doesn't exactly feel like you're getting your money's worth, especially compared to the rest of the wave.  That makes it even more baffling as to why this figure is packed two-per-case.  Sure, it's a "Spider-Man", but can Hasbro really see this guy selling twice as much as Hawkeye, or Panther, or Jean?  If this wave ever makes it to retail in big numbers (and that's a big if...), this figure will undoubtedly warm pegs for a while at least.  I can easily see him being the next Klaw or Constrictor.  As such, unless you're buying a case or set from an e-tailer, I don't recommend picking this figure up for more than retail price at most.  Amazon has him for a little above retail at the moment, but BBTS already has him clearanced out for $8.99.  This wave JUST hit.  That really says something.  Please re-evaluate your case assortments, Hasbro. 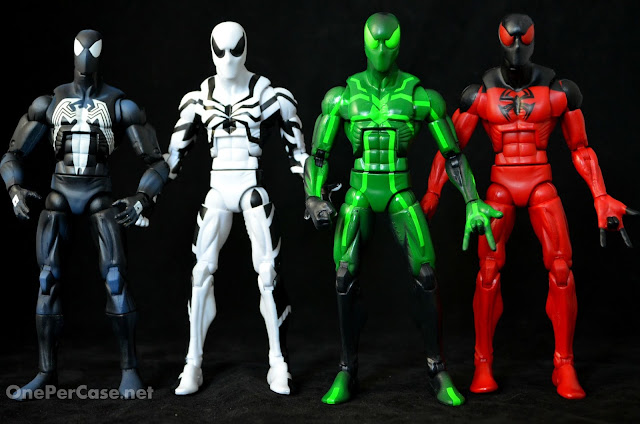 Photos, words, and general "meh-ness" by Zak
Posted by Zak Sousa at 8:33 PM