Hey look, it's the Punisher variant.  No, not the Blade figure you've been waiting for, the other one.  Yeah, the one that you didn't know about until it showed up because it was never announced or solicited. 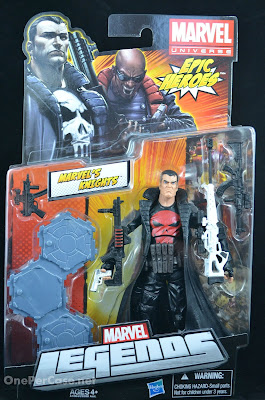 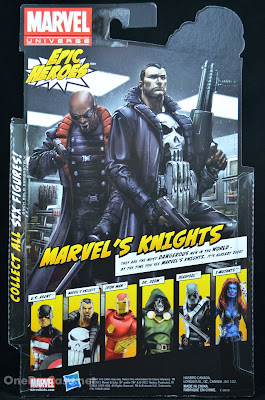 Well, this was unexpected.  You see, we've been waiting for a bunch of Marvel Legends variants for the past few waves to start showing up for a while now.  One of those variants was supposed to be Blade... the running change from the "Build a Floor" wave Punisher figure that Brett reviewed last year.  A much desired figure among many fans.  And then the Rocket Raccoon wave was solicited on the e-tailers, and we saw that "Marvel's Knights" was included again.  So everyone hoped it was Blade.  But then this guy popped up on ebay loose from the usual Chinese sellers a few weeks before SDCC and much nerd raging commenced.  Then yup, sure enough, he showed up in the case.  Not Blade.  And we were all like, WTF? 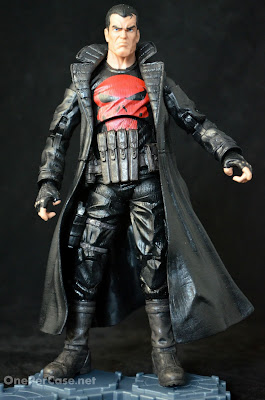 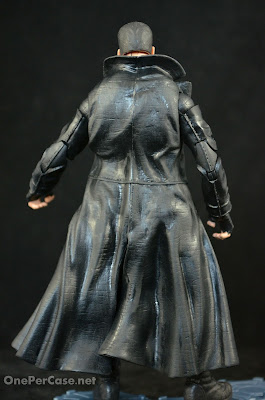 Since this is just a simple repaint of a figure that we've already seen, I won't go into a ton of detail on him.  It's really just the same figure we got last year, but the skull on the shirt is red, and the other parts that were white before are dark gray now.  But I will say that I'm not a huge fan of this body.  The sculptural detail looks great, lots of different textures in the fabrics and some great looking cloth folds and seams.  But the damn shoulders suck hard.  His damn left arm will not go down to his side.  And it's not just this figure.  All the ones that I have that use this base have that problem.  And there are several. 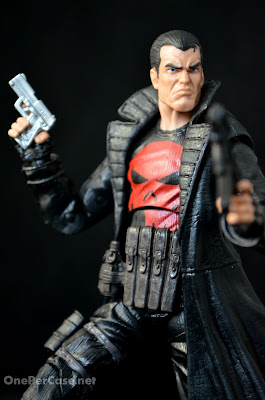 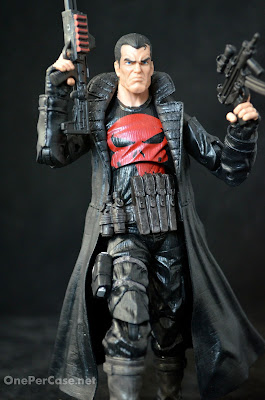 I believe the first figure to use this body was the 2-pack Ultimate Nick Fury.  Then we got movie Nick Fury.  Then Punisher.  Now Thunderbolt-y Punisher.  And soon, Red Skull.  And hopefully Blade some day, if Hasbro ever finds a way to get him out.  But I wish they would work up some new shoulder balls for this body already.

Other than the wonky shoulders and slightly awkward articulation, he's not a bad figure.  I do like the massive amount of weapons included, plus the connect-y stand.  This guy definitely wins in the accessories department, all of which are identical between the original release and this new variant.  The white sniper rifle baffles me though.  What sniper would want a rifle that sticks out like a sore thumb in the dark?  Unless you're in the snow, I guess. 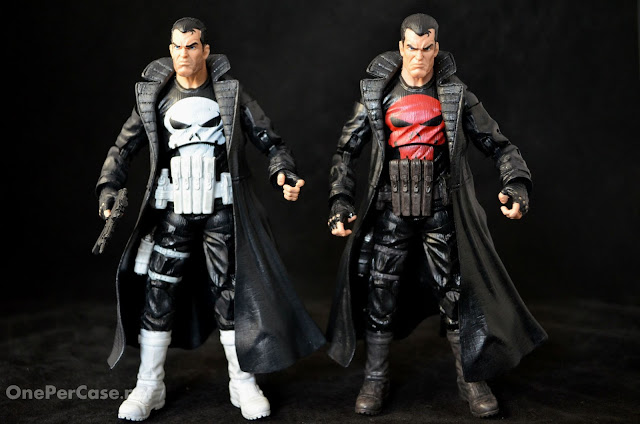 The only other cosmetic difference between the figures is the lack of a five o'clock shadow this time around.  That's cool, since it gives some variety to the figures.  You can swap heads around and get the look you prefer, I guess. 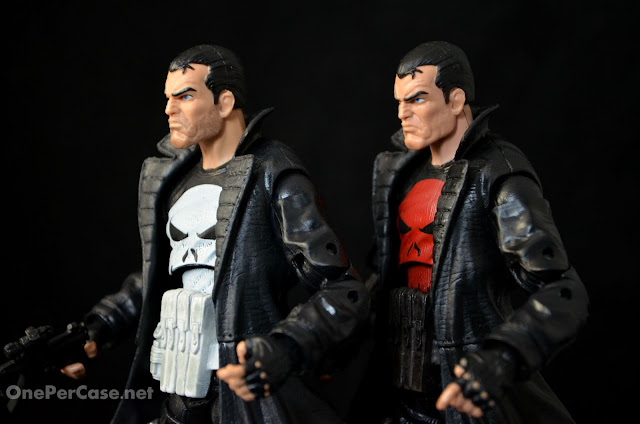 So, for what it is, this isn't a bad figure.  It would be much less frustrating if we weren't waiting on so many other variants/running changes that were promised long before this guy popped up.  I do have to commend Hasbro though for getting such a new and relevant costume out to the market so quickly.  This is definitely the year for Thunderbolts figures, and Hasbro clearly has a lot of interest in the Marvel NOW looks, so with this being such a quick and easy update, it does make sense from a marketing standpoint.  And I have to admit, he looks good with the other figures we have that are now in the Thunderbolts.  Maybe if we're lucky, we'll get a Thunderbolts variant of the Flash Thompson Venom coming in the next wave, as well. 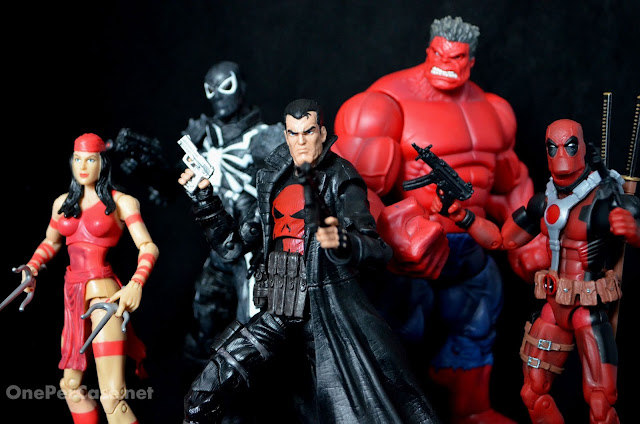 This version of The Punisher doesn't appear to be available individually on BBTS or Amazon right now, but is included in the Rocket Raccoon case assortment.  He's worth picking up if you want to add him to your Marvel NOW T-Bolts ranks, but if not, we have PLENTY of Punishers in this line already, and this one can be easily passed on.

-Words, photos, and more bitching about missing variants by Zak
Posted by Zak Sousa at 7:00 AM