New Marvel Legends are here!  I've been looking forward to this wave ever since it was announced, and while I was greatly looking forward to almost every figure in the wave (sorry Kaine, you do nothing for me), I was not prepared for how great they all turned out.  Check out the much needed Black Panther update after the jump. 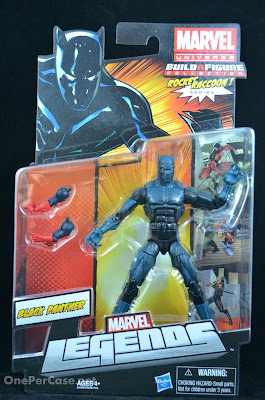 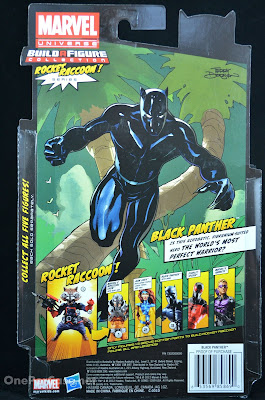 Standard "Return of Marvel Legends" packaging.  Terry Dodson did the art for this wave's card backs.  Panther's art isn't anything remarkable, but the rest of the wave is pretty nice.  We'll get to them each this week. 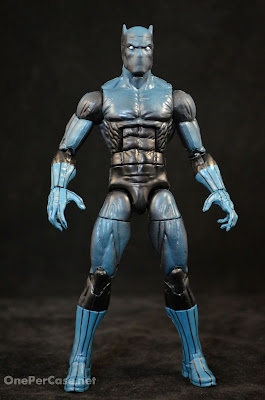 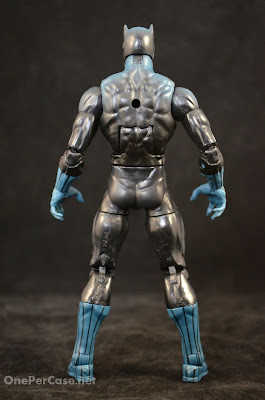 Black Panther is built on the current mid-sized male body that was introduced last year with Bucky Cap.  It's a perfect fit for this character (as it has been for every character it's been used for thus far).  I can't imagine a more perfect body sculpt for these mid-sized characters.  The only newly tooled pieces are Panther's head and clawed hands, which all look fantastic.  The figure is extremely simplistic, but that's all that Panther needs.  It's a complete polar opposite and perfect update to Toy Biz's ridiculously over-textured Panther from the Sentinel series all those years ago.  No pruney skin here! 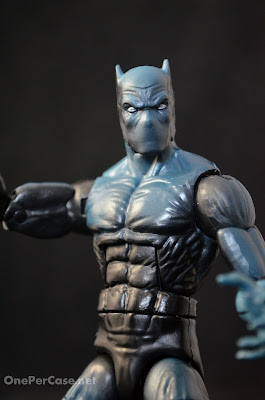 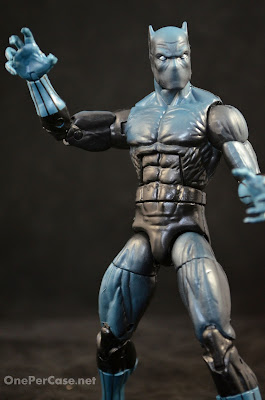 The articulation on this body is pretty much perfect, as far as I'm concerned.  It makes use of the newest style ball hips and rocker ankles, double knees and elbows, thigh, calf, and bicep swivels, ball hinged shoulders and wrists, waist swivel, ab-crunch, and a ball and swivel neck.  Panther can get into just about any pose you can imagine for him.  And all of the points move smoothly but hold their position.  Posing this figure over the past week has been a ton of fun, and I find that of all the figures in the wave, he's the one I can't put down, for that reason. 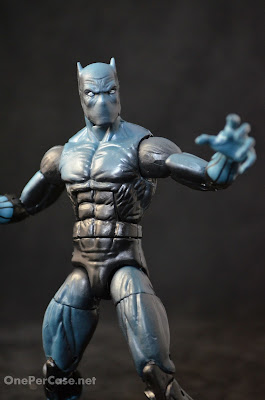 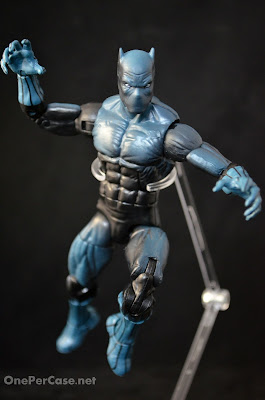 Panther's paint is also fairly simplistic, but was of concern to many internet posters early on when samples started to make it out of China.  Over the plain black body, Hasbro has given their typical over-spray of blue, and it is just a little heavy on the thighs.  It's not a big deal, aside from the fact that the knee has no blue on it, so it's a very abrupt break in the shading.  But honestly, it looks much more subtle in person, out from under the photography lights.  Still, I wouldn't have minded no over-spray at all.  His name is BLACK Panther, not Black and Blue Panther.  Other than the shading, the minor painted details, such as the lines on the boots and gloves, and the silver eyes, are all applied well with no mistakes.  Panther is a sharp looking figure. 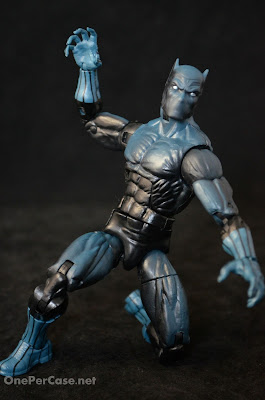 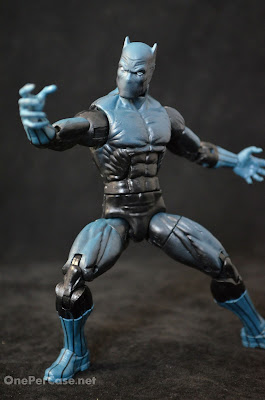 T'Challa includes no accessories, other than Rocket Raccoon's arms, but I don't honestly feel like he's missing anything.  He's perfect in his simplicity.  Between the immaculate sculpt, awesome and functional articulation, and basic but pretty-much-perfect deco, this figure instantly went from being one of the less exciting to one of my favorite of not just the wave, but the year so far.  I'm amazed that it took this long to get a classic Black Panther in the Legends line, but I'm now really glad that it took this long, because it came out killer. 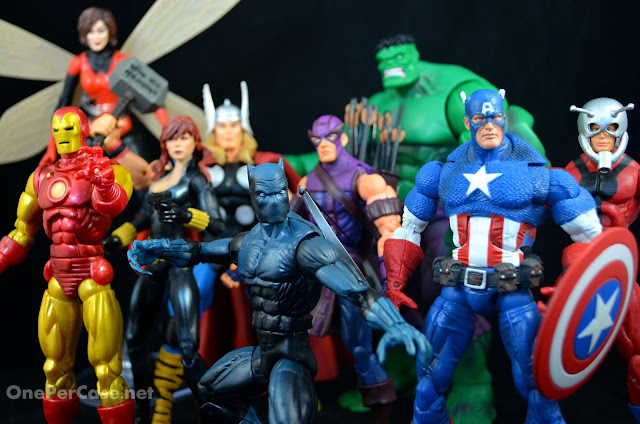 Seriously, go buy this figure.  He's currently in-stock at BBTS and Amazon.  With the way the Legends line is going at retail, I wouldn't suggest waiting for a shot there.  Get him now before he disappears.

-Words and photos by Zak
Posted by Zak Sousa at 5:45 PM