If you've seen Man of Steel (and most of you reading this site probably should have by now), you know that General Zod has more costume changes than anyone in the movie.  So it shouldn't be that surprising that he is the only character in this line that we get multiple versions of in different costumes.  Of the two we've got so far, this is definitely the more villainous looking outfit. 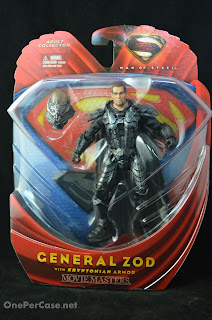 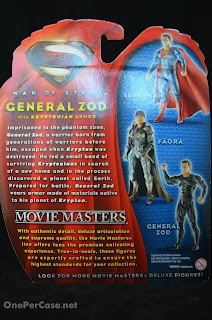 My opinions on this figures are basically the same as they were for Jor-El and Superman.  So the short version goes like this:  The sculpting is pretty great, the paint and accessories are decent, the articulation is sub-par. 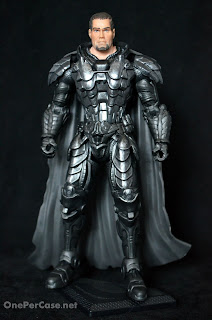 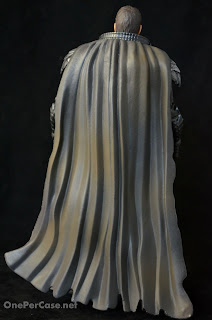 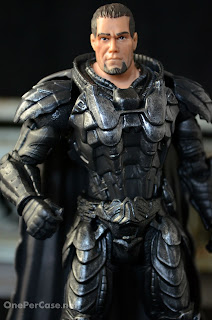 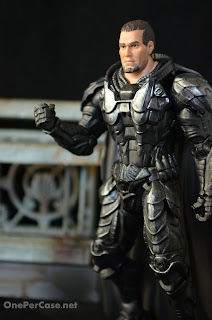 There is a lot of sculpted detail in Zod's armor.  A lot.  Check out all those plates of armor, and ridges, and hoses, and segments.  And he sports a unique head sculpt, rather than just a re-use of the head from the Wave 1 Zod.  The cape is also new and unique, and looks pretty good.  It's molded in softer plastic, so it moves decently and doesn't get in the way too much.  So Mattel gets lots of points for the sculpt work on this one. 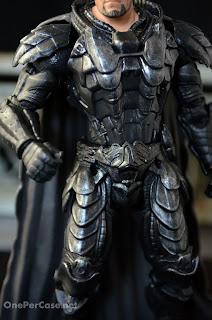 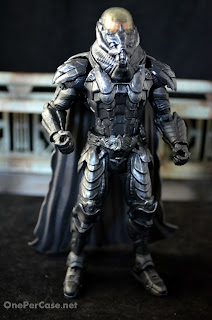 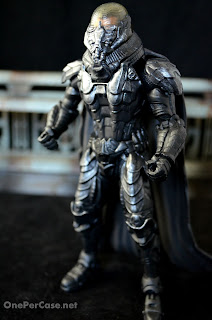 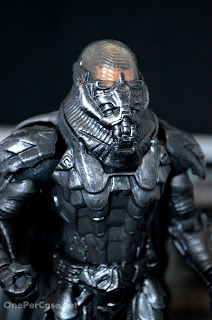 The dry-brushed silver over the black cast plastic gives it a nice weathered look.  You can tell that Zod has seen some battle in this suit, which is fitting for the General of a freakin' planet.  The deco on the head and face is applied well, too.  Clean lines, no issues.  I just wish they would've used some sort of paint wash to bring out all the details in his face. 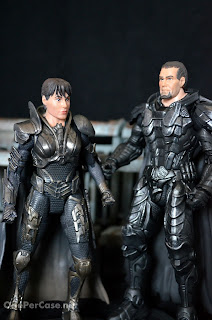 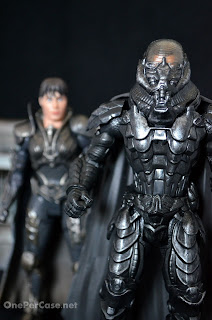 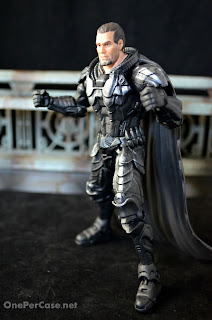 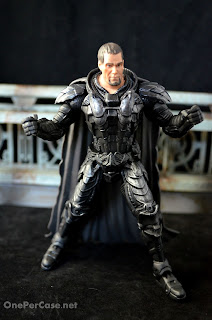 The figure is, again, lacking any sort of ab or torso articulation.  So that's a little bit of a let down.  Especially since the sculpt would've hidden the joint so well.  Other than that, standard Matty DC articulation.  The armor, and especially the belt piece, hinder range of motion somewhat. 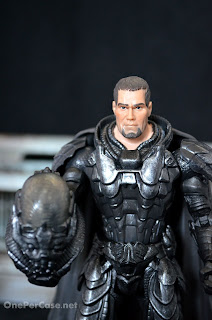 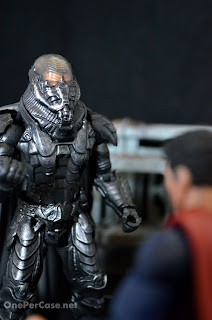 The removable helmet is a nice touch.  When executed well, removable helmets can be one of my favorite accessories for a figure.  I'm not disappointed in this one.  With it on, it completely negates neck articulation, but it's a space helmet, so I can look past that.  And it's kinda cool that it's cast in semi-clear plastic, mimicking the semi-transparent effect of the helmets Zod's gang wore in the movie. 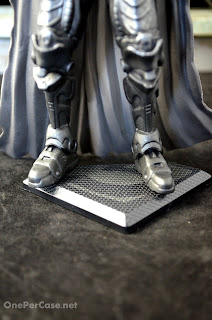 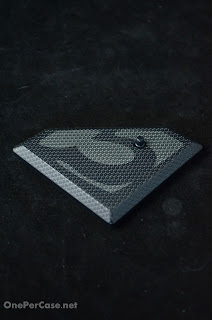 The stand is the same as with the previous figures, but now featuring a family symbol that doesn't mean "hope".  If I had to guess, I'd guess that it means "bad hair cut".  And like the others, the figure isn't completely steady on it.  The stand should have been just a little bigger to comfortably balance both feet on. 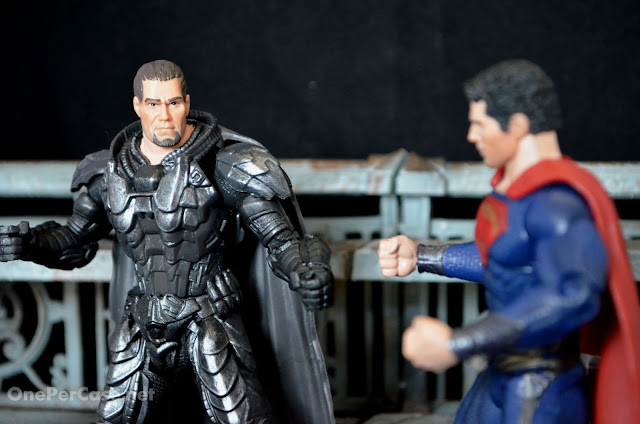 I wonder if we'll get another Zod, in his other suit of armor, with the symbol on the chest (similar to Jor-El's).  I think I actually preferred that look in the movie.  Still, this is a nice figure, and one of the highlights of the line.  He's showing up at retail now as part of Wave 2, or you can order him from BBTS.
Posted by Zak Sousa at 3:37 PM