I can't imagine how toy designers get anything accomplished.  There must be a billion ideas floated around as a character is designed, some of which would make us cringe, and hopefully more that would be every geek's wet dream.  When Diamond Select sat down to create the Toys r Us Exclusive Star Trek Spock and Kirk, there must have been some epic poses considered.  After all, Captain Kirk is the epitome of a leader - his brash but cool persona must have inspired some terrific ideas.  Unfortunately, none of those made it into the version we received at TRU.  Simply put, it is as disappointing and unflattering as they come.

If you haven't seen my review for DST Mr. Spock, head on over via this link. 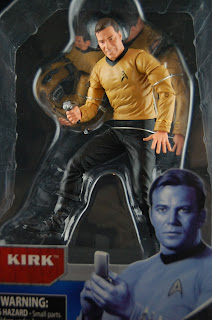 The packaging is exactly the same as Spock, with the same title banner and picture of Kirk.  Again, the card is attractive, and includes an image of the USS Enterprise, as well as character bios on the back.  You get the same pamphlet of other items for sale, including the Cutaway Enterprise.  Much like Spock, you cannot stand Kirk without the well-designed diorama. 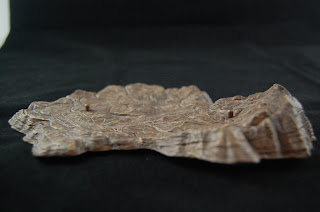 But unlike Spock, there are serious quality-control issues which instantly become noticeable, such as the warping in the plastic on the right of this image.  I had to bend it down so that  the figure would not topple over. 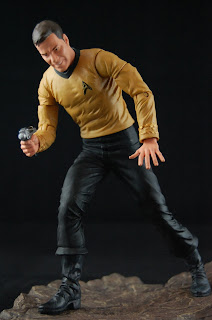 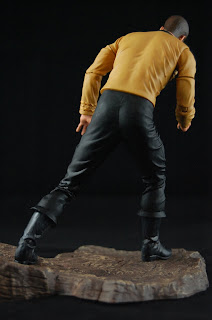 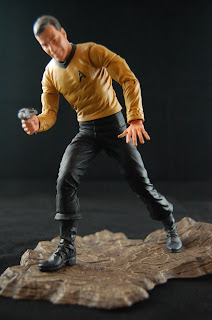 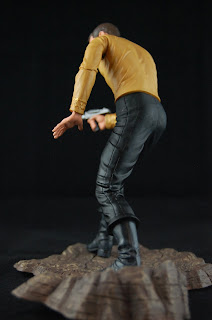 Paint application is better with Kirk than Spock, but Kirk's left hand looks a little...large for the rest of his extremities.  However, I feel that they did capture the character body adequately and did a nice job on the sculpting of the pants and shirt.  His face is another story: it looks like the captain is either experiencing painful gas or has learned that Starfleet has shut off his cable television.  But the worst issue is the pose itself - Kirk is literally hunched over, and his lack of movement below the chest forces the character to look down at all times.  Out of the hundreds of possible poses, DST had to choose this one.

Kirk can be posed reasonably well above the waist, as his shoulders, elbows, biceps, and (left) wrist all can be adjusted.  Yet when the figure is faced downward to begin with, creating a dynamic pose is totally out of the question.  Moreover, Kirk does not come with an accessory such as a Communicator or Tricorder; Phaser 2 is merged to the right hand, which cannot be moved in any direction.  As with Spock, why P2 cannot be removed is beyond me. 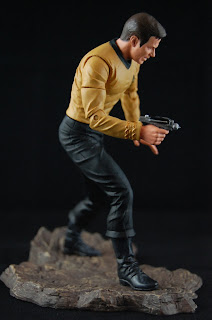 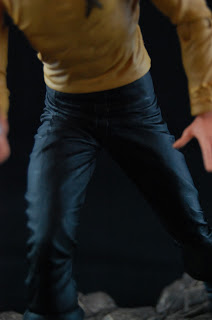 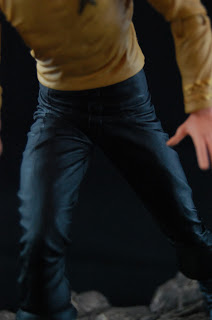 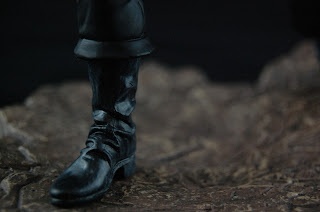 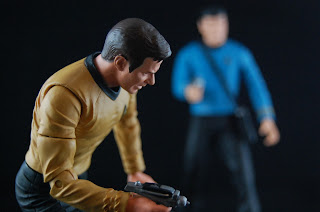 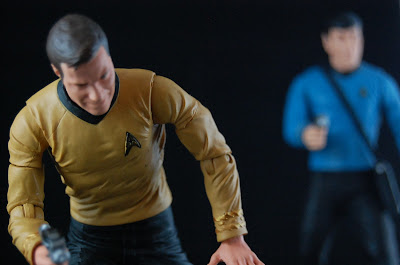 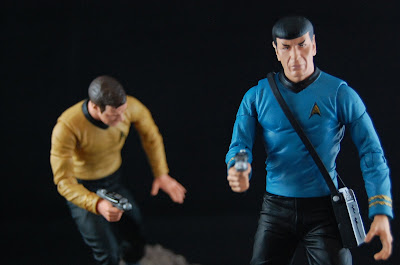 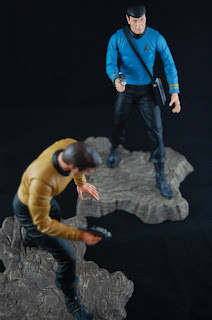 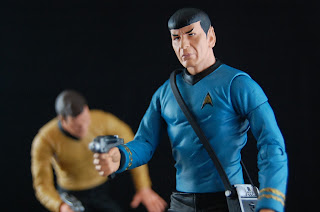 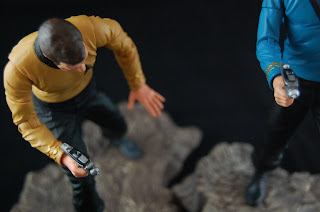 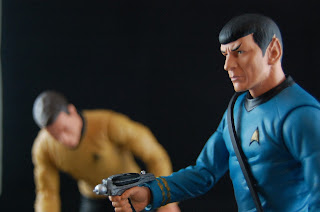 Posed together, we have two figures who cannot meet eye to eye, nor stand together in any sort of dynamic pose.  Kirk looks like he's about to fall over from exhaustion after trying to keep up with his First Officer.  It's much harder for me to recommend this figure, even though its $15.99 price point is attractive; Kirk's pose, lack of an accurate face, and no interchangeable accessory make this a one-position display.  I've heard that Kirk and Spock can interchange many of their parts to create other poses, but how do you resolve that one character will find themselves hunched over while the other stands fairly tall? 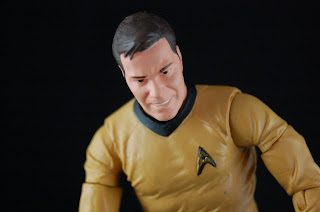 I can't imagine that most collectors will find DST Captain Kirk an appealing purchase, but the exclusivity of the release might bring the curious in to at least peruse them.  What they'll find is a huge misstep by DST, who could have easily created a more dynamic and honestly flattering pose than the one we were given.  This isn't an epic fail, but it's darn close.

Got a thought on DST Captain Kirk?  Do you own the figure?  Have you made any mods to it?  We'd love to hear from you!
Posted by Matt Cummings at 9:00 AM