The King of Atlantis never looked so good.  Granted I would prefer my DCnU Aquaman to look a bit more like Jim Lee's (Justice League #1-12) version versus Ivan Reis' Aquaman.  I like the sideburns and long wavy hair.  But as far as DC Unlimited is concerned.  This is the biggest winner from waves 3 and 4.  (Wave 4 looks so bad... enough with Injustice)

The packaging is great.  Same as the previous releases from the Unlimited lines.  Great artwork which is obviously the inspiration for the sculpt.  The Mattel DC line's always impose a little bit of the sculptors art style versus using the comic artist's styles like DC Collectibles' does. 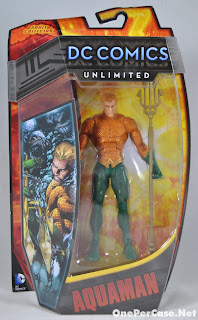 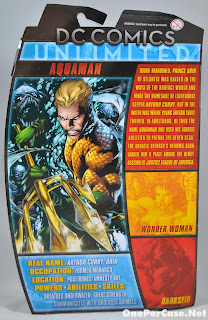 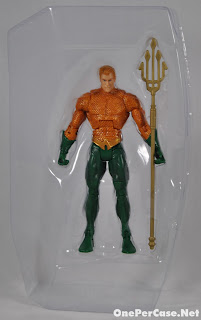 There is one minor flaw in this figure: the belt shape makes his hips look tiny.  Although in comparison to the prior Aquaman releases, he has the same size hips.  However, the angles tell the eyes something different.  I would like the belt to be slightly thicker to widen the look.  Oh well, this one is pretty darn good.  The head sculpt is great and the body has decent movement and posability (standard DCU articulation).  I still miss rocker ankles!

The body utilizes updated sculpts from the DCU Classics wave 3 Aquaman.  I believe the the chest is retooled but the abdomen piece seems the same.  The lower leg and feet are new as well as the shoulders and forearms.  The other pieces are difficult to place, and the bicep seems to be reused.

I was very glad to see an accessory with the figure.  The 5 tine trident is nice to have.  I would have liked to have had the necklace included like in the DC Collectibles version. 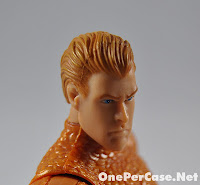 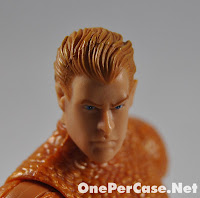 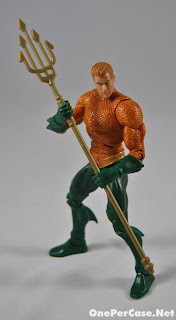 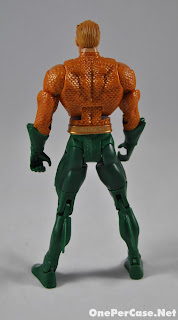 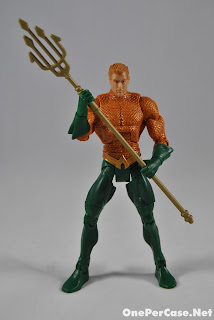 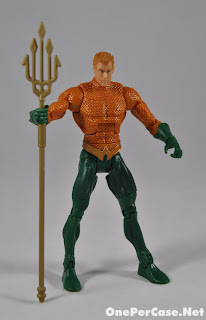 The new arms and lower legs are nice updates.  The new figure is on the left in the pictures below. 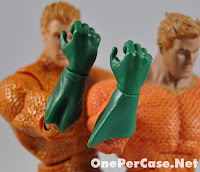 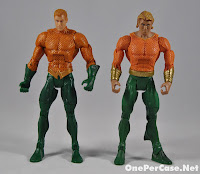 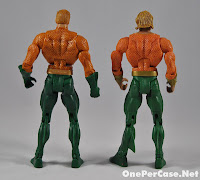 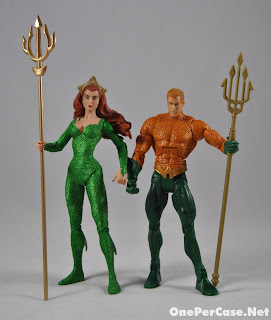 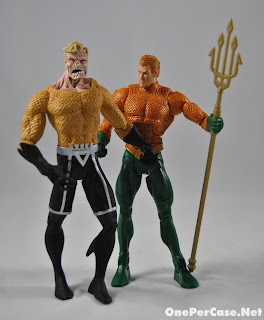 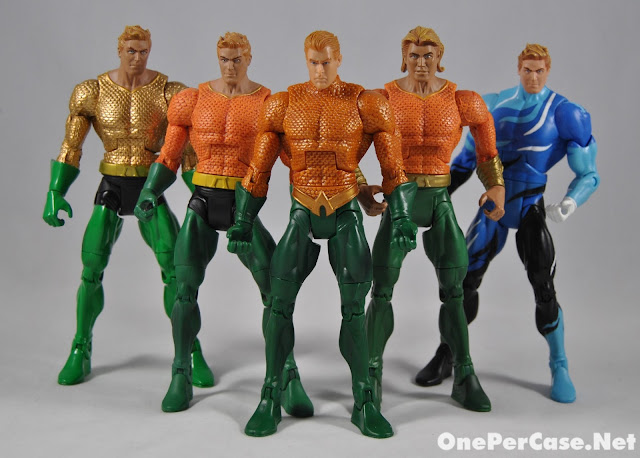