Next up in the second Iron Man 3 Legends wave, it's War Machine with a new paint job.  "Actually, it's Iron Patriot now."  "Wow that's waaaay cooler!"  "No it's not."

I gotta say, when it first leaked out that War Machine was being turned into "Iron Patriot" for Iron Man 3, I thought it was a pretty lame idea.  After seeing the movie, I think it actually played out pretty well and made sense in the story.  But War Machine is still more awesome. 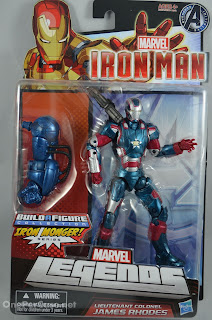 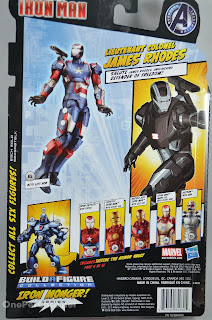 The figure itself though is pretty rad.  The packaging is the same as the rest of the series, so it has some pretty sweet character art on it, a very brief bio on the back, and the cross-sell featuring the other five figures and the Iron Monger BAF.  There were a couple interesting things I noticed about the package, though.  First, the figure isn't actually called "Iron Patriot" on the package.  He's simply referred to as "Lieutenant Colonel James Rhodes".  Second, the artwork on the back of the card shows the armor in the traditional War Machine colors, not the spangly-outfit.  These two things make me wonder (hope!) that we might see a War Machine running change.  One hasn't been announced by Hasbro yet, but knowing their propensity for repaints, plus the fact that we've seen the War Machine colors used on other toys, I really wouldn't be surprised it they did this.  In fact, I'd be pretty stoked if they did.  War Machine has long been a favorite character for me, and Don Cheadle's portrayal makes me want it even more.

Like the Mark 42, the sculpt is awesome and highly detailed.  It looks pretty dead-on to the on-screen armor.  Very sharp.  But also like the Mark 42, it's slightly taller in scale than previous 6" Iron Man figures.  He's a little taller than the Iron Man 2 War Machine.  Not as bad as the Mark 42 compared to the Mark 6,  and not a big deal to me, but it may bother some. 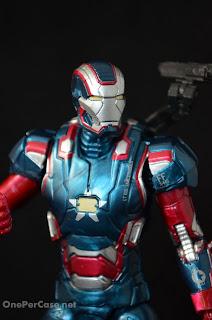 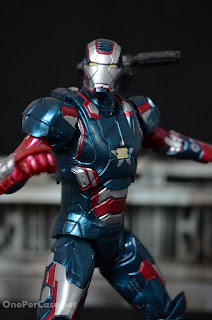 The articulation is a little more cumbersome than the 42, as well.  All the P-O-A's are the same, except for a lack of rocker ankles (which would be hindered by the leg armor anyway), and there are hinged shoulder pads inhibiting some range of motion there.  Also, like the 42, the armor on the back of the hands makes it impossible to bend the hand up at a 90 degree repulsor-blasting pose.  That's a shame, but other than those two misses, poseability isn't bad. 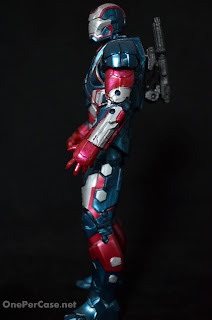 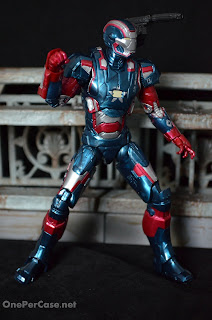 The paint job was also a little sloppy on all of the samples I've seen, but that's pretty much expected from Hasbro these days.  The red looks a little too pink to me, but the metallic blue and silver looks awesome.  The colors are deep and vibrant, like a lot of the figures in this line.  The fine details, including the military markings and Colonel Rhodes' name, are applied flawlessly, with no smearing or mis-alignment.  So, as long as you can choose from a few of this figure on the pegs, you should be able to find one that looks pretty good. 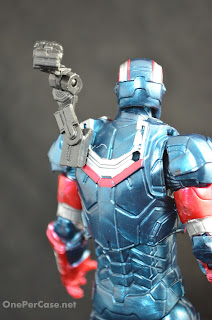 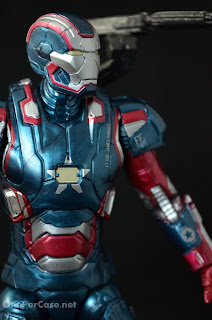 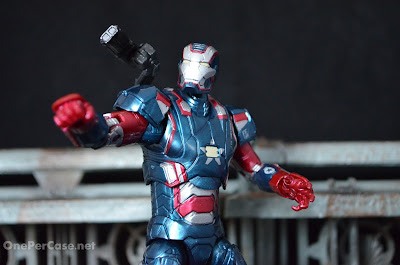 As for accessories, Rhodes includes the left arm for Iron Monger, and his gun that plugs into his back.  The gun is executed pretty nicely, being on a swivel arm that plugs into either side of the back, allowing a variety of poses.  The gun itself isn't quite as cool looking as the badass gatling from Iron Man 2, but that's not a fault of the toy.  Rhodes doesn't use any sort of missile pod in the movie, so that doesn't feel like a miss from the figure either.  What would have been cool, though, would be some attachable forearm guns, since those weren't always visible on the armor in the movie, but popped out when needed, and maybe an unmasked head (or two...).  Overall, can't really complain about the accessories, but more is always better. 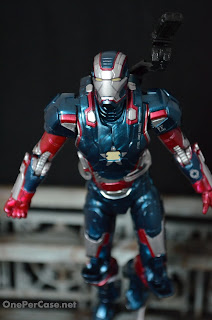 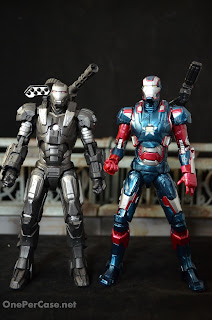 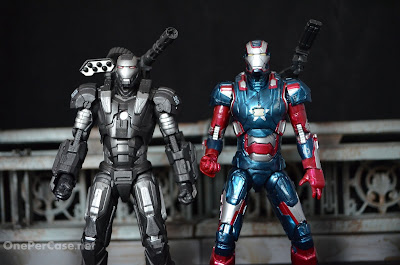 The figure as a whole is pretty nice, and definitely worth picking up even without the BAF piece, but there is definite room for improvement.  This figure is coming through retail now, and is available at BBTS. 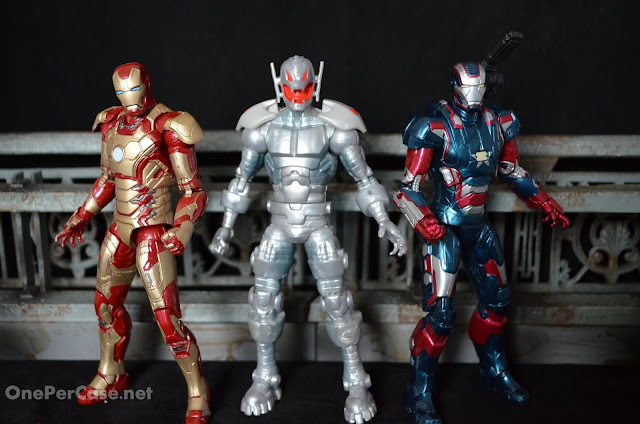 Words, photos, and blowing stuff up by Zak
Posted by Zak Sousa at 4:31 PM