Thanks to Anon for the heads up on this gold painted Ultron figure that popped up on ebay yesterday, being sold by Viperskingdom, who is well known for selling loose samples of Hasbro figures before they hit retail.  Is this one more clue that we're getting another wave of Iron Man 3 Marvel Legends?  It's starting to look that way.  But what's up with the gold stand?  That doesn't look like a BAF piece to me.  Mirrored pics after the break.

Interesting that the auction states this is a pre-sale for the figure to be released in January.  Maybe we won't get this apparent next wave until the new year?  Guess we'll know more in a little under two months at San Diego Comic Con. 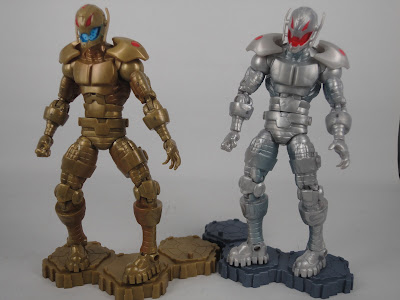 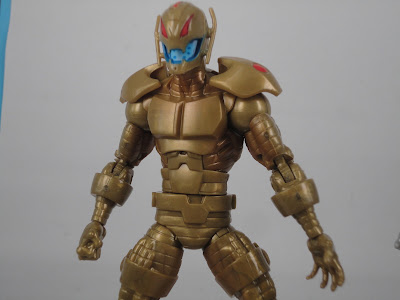