I was actually pretty excited about the Injustice figures when I found Batman.  With Joker, my sentiment has completely changed.


Mattel removed the necessity to buy every figure they produce by removing the Collect and Connect figure, but I still feel the urge to want everything that is produced, however the fail that is Injustice will keep me from doing so.  What is so bad that I would say this?  Well, the designs are different and honestly I really like them.  I am a fan of the game (even if it doesn't have much of a replay value for me), but the execution of the figures leave me a bit saddened. 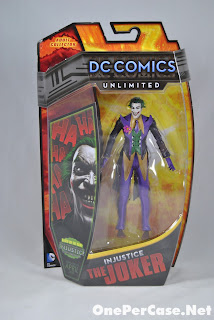 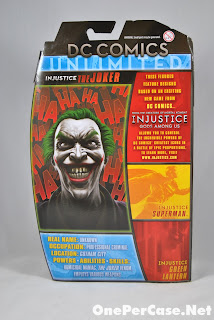 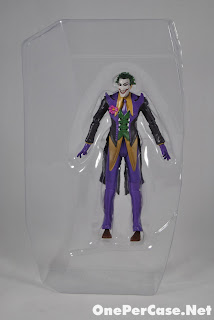 First off, Joker seems rather skinny and his proportions seem a bit off.  His entire torso is covered by a rubbery jacket and any detail that was in the original sculpt is lost to the material.  It does not seem to be able to take sharp details well.  The paint comes across sloppy, and the jacket becomes the worst part of the figure.  The overall design had potential as the jacket has many references to a straight jacket in design.  This was a really nice touch. 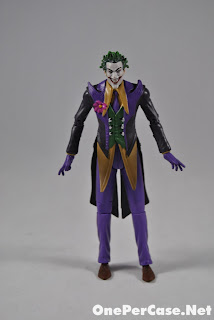 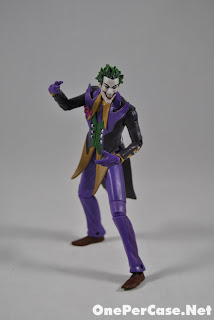 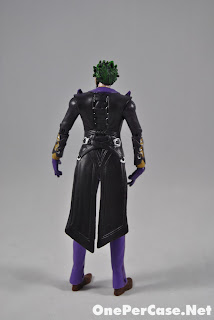 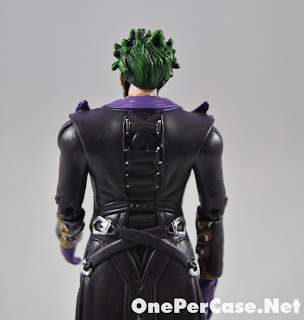 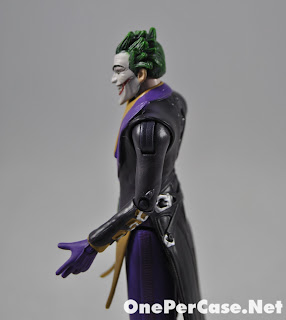 His articulation is a bit lacking.  Granted it's the Joker, but posing him should still be fun or why give him any movement.  His arms need a swivel above the elbow.  His legs can't move backwards at the hip at all.  Not one bit.  His knee joint is nicely hidden and the swivel above it is a good thing.  He has no rocker ankles but the plastic is really rubbery, so much so that I had originally thought he might have them. 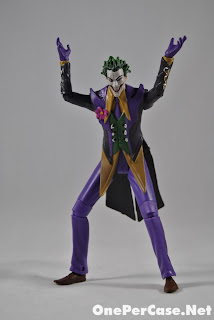 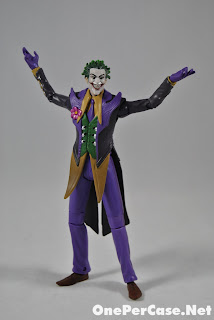 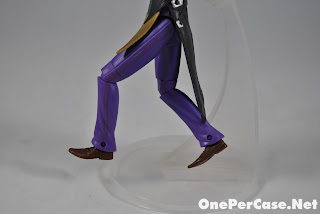 I do like the head sculpt a lot (probably the best feature of the figure), but the white paint on his face does not match the ears or neck.  A pretty bad oversight.  All in all, I wanted to like the Joker, but I just can't.  DC Unlimited wave 3 is turning out to be a big disappointment.  I really hope Mattel can turn the line around because this just plain sucks. 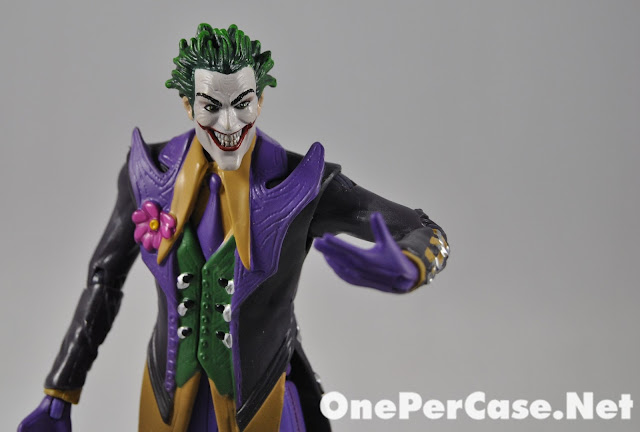 And here are some pics with Harley's and Joker's... 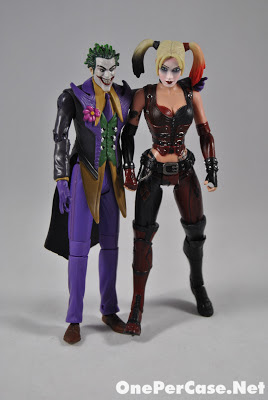 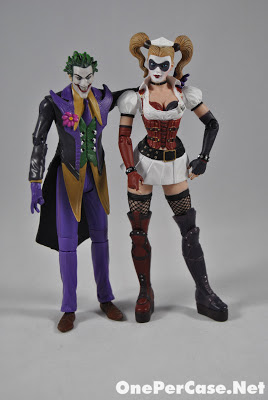 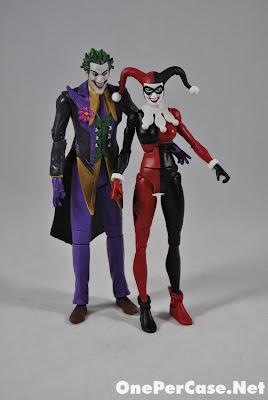 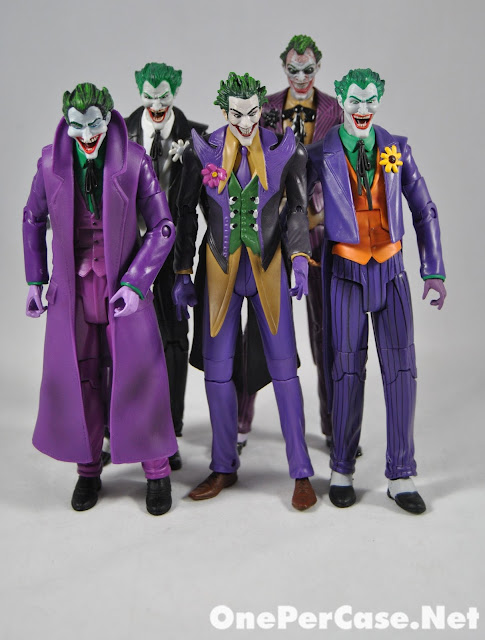 Words, pics, and Harley's by Jason

Posted by Jason Albrecht at 6:17 PM