What better to sell a toy line in the 80s than a rockin’ theme song, a bad guy with a big brain (evil smart people!) and good guys driving crazy cars with a bunch of interchangeable weapons? Well according to Mattel, there was nothing better to satisfy these urges than Jayce and the Wheeled Warriors. Of course, what pseudo-military would be complete without a drill sergeant? Or in this case, without Drill Sergeant?


Nothing screams 80s like a program-length commercial in the guise of a syndicated cartoon series. If you don’t remember the rippin’ Wheeled Warriors intro, please refer to the video above and then tell me, what’s not to get excited about? 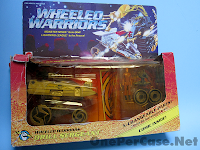 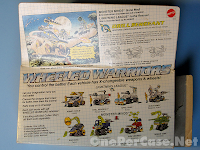 The first thing that sticks out on the packaging (to me, anyways) is that you get a whole lot of package for a fairly small toy line. It’s a bit overdone, but hey, once these are sitting on toy shelves, they have to sell themselves. Above the window packaging of the main box is a nice looking banner top showing Saw Boss in action. 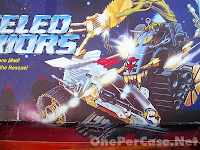 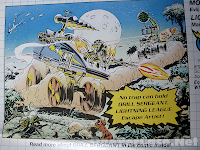 The top of the back of the package has some cool Drill Sergeant specific artwork and a brief overview of the vehicle and its equipment. Under that is the typical generic Wheeled Warriors overview complete with a mini-catalog showcasing a portion of the rest of the line. 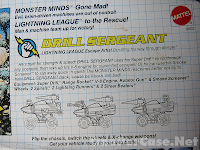 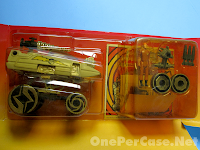 Under the box is a window packed in two halves kind of like a McDLT. It’s an effective way to show the actual toy you’re about to blow your hard earned lawn-mowing money on. Unfortunately time has yellowed the plastic a bit, but you can still see what you’re getting yourself into. In my book, it’s almost always a good thing to be able to see the actual product. 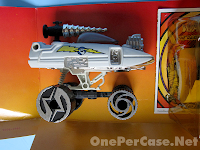 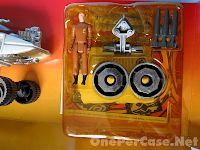 In addition to the toy itself, you get the paperwork. Wait, what’s that? An actual warranty certificate? You mean toy companies used to actually try to get you to believe that they stood by their product? Oh, how the times have changed. In addition, you get a Drill Sergeant specific mini-comic complete with accessory chart. Anything that gives you more background information on a toy and/or character is a plus. 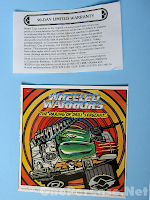 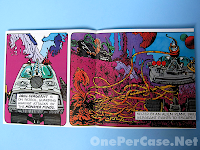 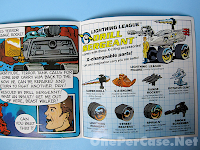 The Lightening League figure is your basic minimal figure. Not a lot of detail, a flat and uninspired paint job and the least amount of articulation that will allow him to fit in the cockpit. In other words, you really need to look at this guy as a vehicle accessory rather than a legit figure. 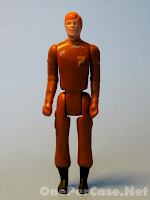 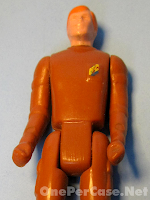 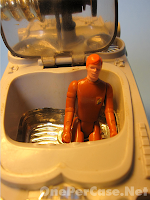 On to Drill Sergeant, wow, just check out all those accessories! There’s a big drill (hence, the name Drill Sergeant), an engine, rockets, a couple of guns and three sets of tires. That is quite a bit, but keep in mind, the interchangeable weaponry are a big part of what defines the Wheeled Warriors line. 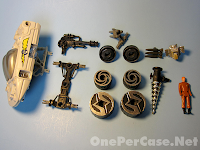 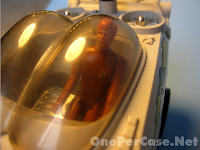 Not that I’m complaining. The gimmick, in a way, allows you to make multiple toys out of one toy, or at least multiple variations of that toy. The accessories have multiple sockets, allowing for multiple arrangements, allowing for maximum fun! I suppose my only complaint here is that we could actually use another gun or two to be able to max out those sockets. 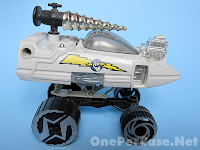 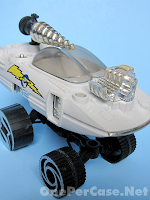 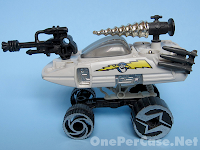 Overall, Wheeled Warriors remains a fairly well-received line amongst collectors. It was a fairly original idea, and one that a lot of people liked. Consequently, you’re going to pay a fair price if you want to pick up your own Drill Sergeant. Nothing outrageous, but they’ll run you a little more than they did in the 80s ($7.95 MSRP). Adjusted for inflation  they’d be $17-18, but expect to pay around the $20-25 range for loose, complete versions. 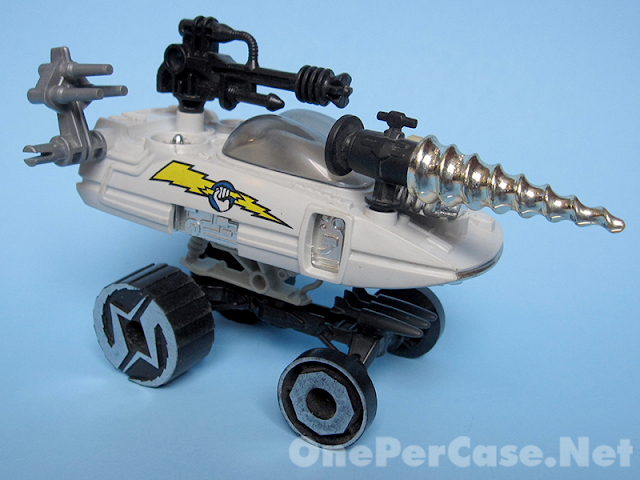