The Dark Knight Returns is a classic Batman tale by Frank Miller.  And Mattel brings his Batman to life in this fantastic rendition found the Batman Unlimited line.  Click through for more!


Batman Unlimited is pulling all the weight for Mattel in retail.  The offerings of the line have been fun and mostly great (I'm not a fan of the wave 1 Penguin and could care less about completing Super Powers but I still bought him).  With Mattel diving into the different stories of the Bat and bringing them to our shelves, I am sold on Batman Unlimited.  Thankfully Injustice isn't marring the integrity of this line like it is DC Unlimited (but I do still buy them, damn you Mattel!).

The packaging highlights Frank Miller's artwork.  No complaints here.  It is sharp even though there is a always a lot of space in the packages.  The basic design is the same as the previous waves.

DKR Bats is a strange DC figure.  In that he doesn't use Mattel's standard DC Universe parts.  He uses the Master of the Universe buck as the basis of his bulk.  Bulkier and more muscular, he will stand alone on your Bat shelf.  Since he can obviously kick all the other Bats asses.

Those not familiar with MotU articulation (which I wasn't before this figure) it is similar to DCU but with differences.  Above the waist it is the same.  No double jointed elbows or extra joints in the wrist.  The differences start below the waist.  The leg joints are much like the shoulders: ball and hinge and fairly well hidden.  His belt and outside underwear are actually a separate piece that bring a bit of bulk to Bats.  Single hinged knees and a swivel right above the boots.  The ankle joints are well hidden and he has rocker ankles.  Rocker ankles allow for more dynamic poses by giving them a little more stability.

He has a batarang!  I love accessories.  WE NEED MORE!

I am looking forward to a variant with blue instead of black like the cover of The Dark Knight Triumphant! 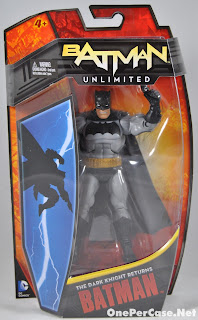 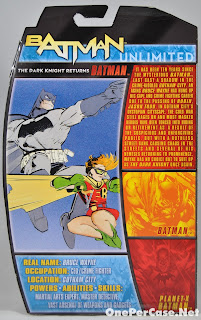 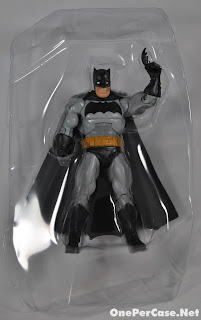 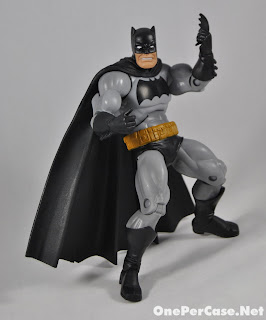 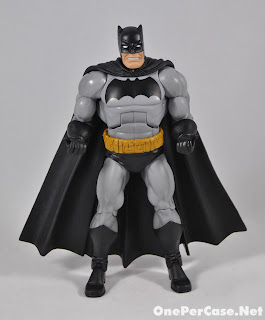 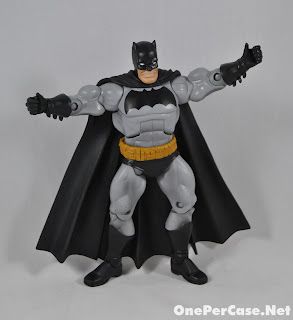 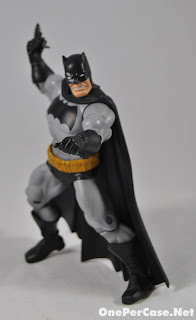 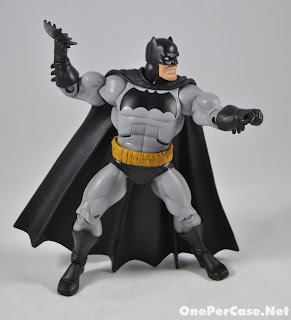 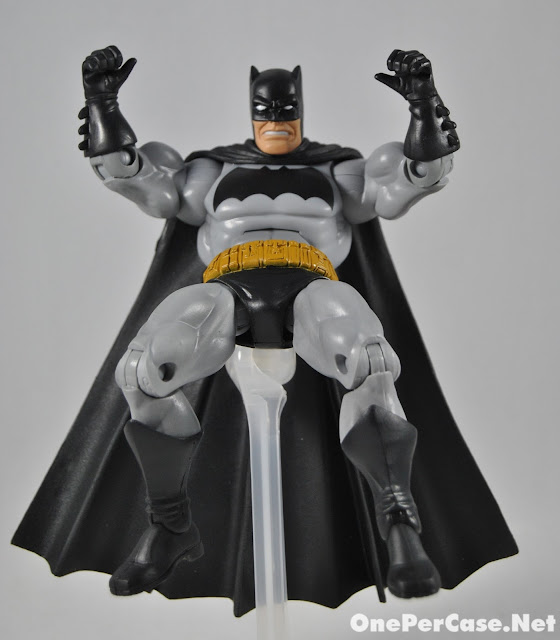 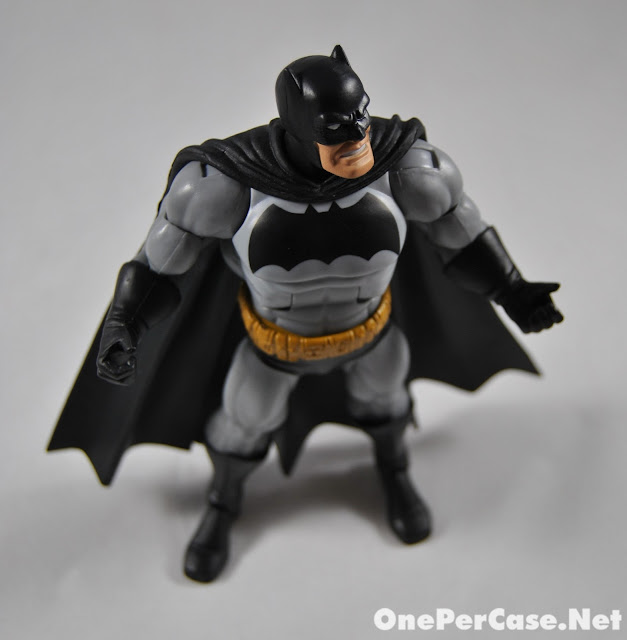 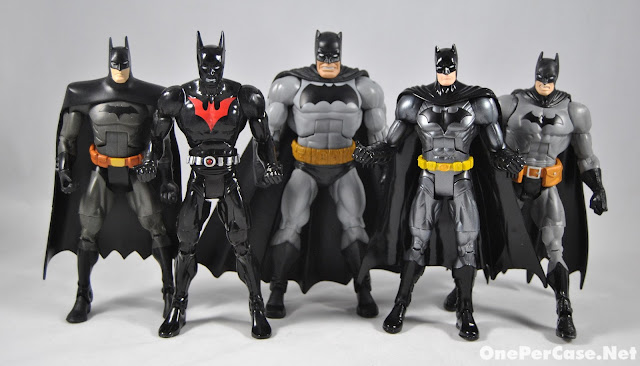