Kid Flash is an integral core team member in Young Justice, but is mostly seen in action during the first season.  During Invasion, he was mostly "retired."

This incarnation of Kid Flash is Wally West.  How does his action figure stack up to quick-footed silver-tongued flirtatious speedster?  Click through to find out.

As he was released in retail in minute numbers (I've heard reports of these actually hitting Toys R Us), I had a difficult time tracking him down.  Thank you Amazon seller!  $25 shipped is a great priced for a hard to find item that would have retailed for $20.

Young Justice: Invasion packaging: I definitely approve.  But it is still a solemn reminder of amazing characters that we will never see in plastic. 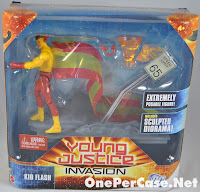 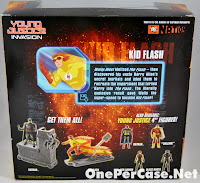 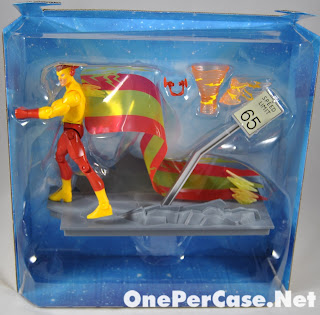 Young Justice figures do not lack accessories.  A visually dynamic base is a requirement for this line.  Kid Flash is no exception.  His action base and accessories allow you to pose him in a speedster pose with a color speed trail.  He also has his goggles, a "speedy lightning" clip on for his leg and a tornado accessory for his hand.

This Kid Flash uses most of the same parts as DCU Classics wave 7 Kid Flash with an obviously newly sculpted head and different forearms and lower legs.  His back "peg hole" is open to allow clicking the speed trail to.  His goggles actually replace the "heads wings" to complete his speedy look.  His articulation is no surprise.  It is standard DCU.  Which is pretty amazing compared to the YJ 4 inch line.

I couldn't pass up the chance to add him to my YJ collection.  Now if only Miss Martian and Superboy (fans were not able to get enough pre-orders to get them produced last year!) can make their way to SDCC this year!  SPOILERS:  And a third season of YJ so we can learn of Wally's fate!! 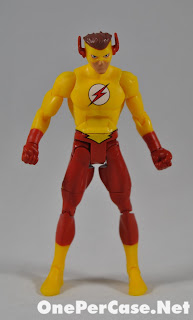 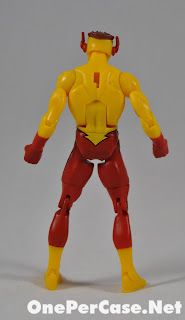 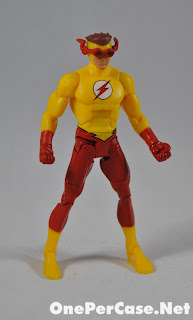 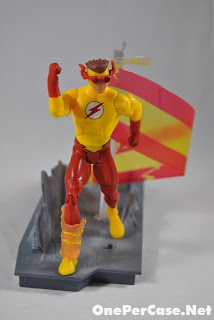 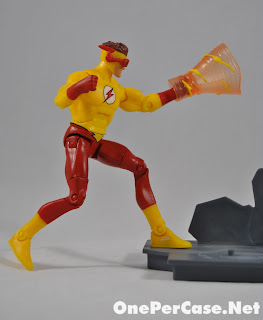 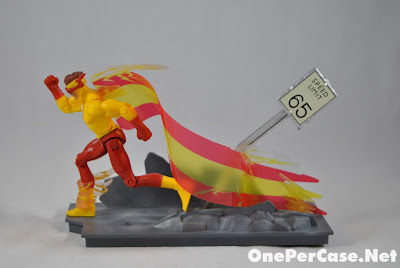 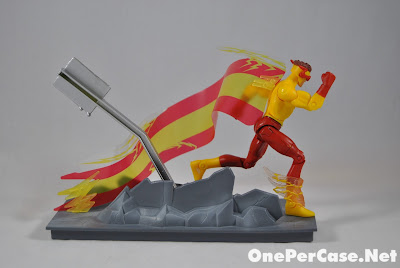 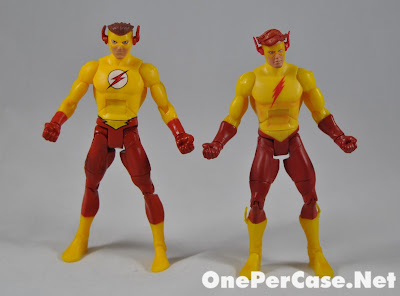 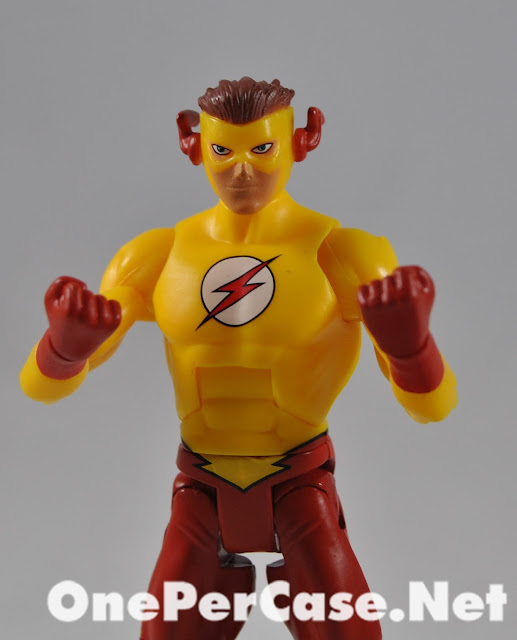 Posted by Jason Albrecht at 8:00 AM