Hey wait, I recognize you. You’re that guy that keeps popping up in action figure form in all my Marvel lines. Well, now we’ve got a Captain America in Hoth outfit… err, Ultimates outfit. Last up in the Marvel Legends Hit Monkey series (not counting “variants”) is Ultimate Cap. You know what that means, kids. No wings! So how does he stack up as a figure? Carry on, my wayward son. 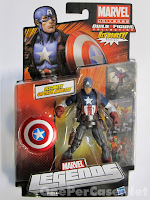 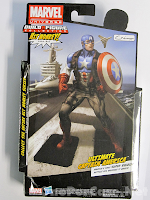 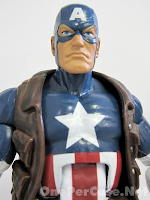 Hasbro is back with more of that sweet, sweet Marvel Legends packaging and nice artwork. Not my favorite drawing of Cap, but it’s quite good. One thing I found interesting on the back is the placement of Mr. Rogers’ right foot. If I didn’t know better, I’d say it was a direct stab at the fans saying “see, this is what he’d look like if we packed in a figure stand”. Either that or it’s coincidentally placed in the middle of a number six on the deck of an aircraft carrier. 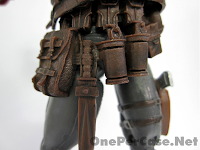 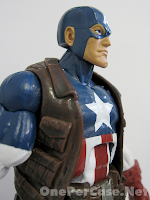 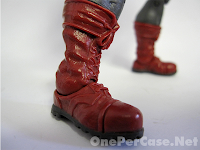 By now, I’m pretty sure we all know what a Captain America sculpt is going to look like. Some might have wings, some might not, but overall, it’s basically the standard “male” body. As usual with the Marvel Legends line, there’s a lot of great looking sculpting going on in the boots, belt and vest. For the price you pay on these figures, the plastic does a great job of looking leathery. 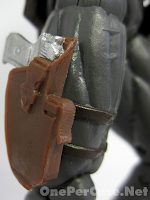 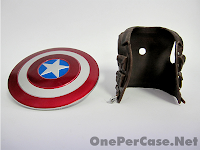 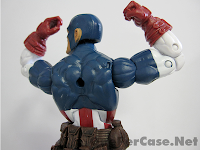 The head sculpt is fine. His face, I dunno, to me he seems a little angry for a Captain America. But then again, for all I know he’s staring down the Red Skull, in which case his scowl is perfectly understandable. Yes, that’s me nitpicking because there’s really no fault to be found on the head. 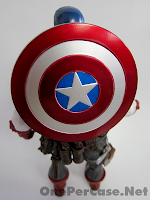 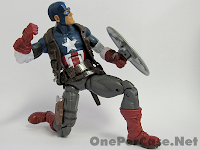 Depending on how you want to count things, Ultimate Captain America has an accessory or two. His vest comes off (fairly easily, at that), so I count it. The vest looks like well-worn weather and comes off and on with reasonable effort. Good job, Hasbro. The other accessory is, of course, the shield. The shield is the same we’ve seen before and features a wrist clamp that can be folded in to expose a peg to pop the shield on Cap’s back. 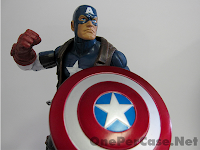 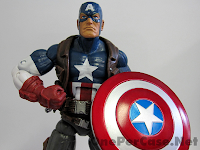 Articulation is, as always, more or less top notch in the Marvel Legends line. The vest stays out of the way of movement, so you can get a good range on the Cap. He can punch, dodge, shield bash or pretty much any other pose you could reasonably expect from him. 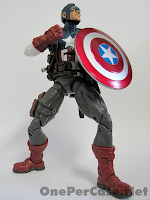 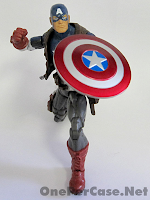 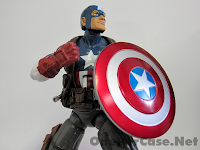 It’s a good thing he can reach his left arm across his body. His gun holster is on his right hip, but his right hand is permanently in fist mode. Uh-oh. Wait a minute, he reached all the way across, and now his gun seems to be stuck in his holster… permanently. Oops. In my opinion, this is a fairly big oversight on Hasbro’s part. Ok, more likely this was a cost-saving measure, but still. With so many Marvel Legends figures that feature a removable gun, it’s disappointing to get one that isn’t. 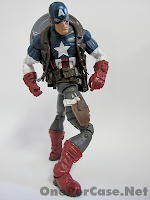 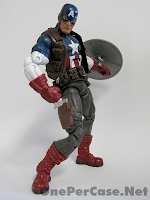 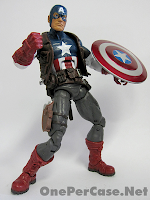 Non-removable pistol in the holster aside, Ultimate Captain America is yet another solid delivery from the Marvel Legends line. I find myself saying that a lot, but I suppose that tells you what a steady line this has been. No Hit Monkey part here, so if you pass on the Cap, you won’t be missing too much, but if you’re so inclined as to make a purchase, Ultimate Cap won’t let you down…much. 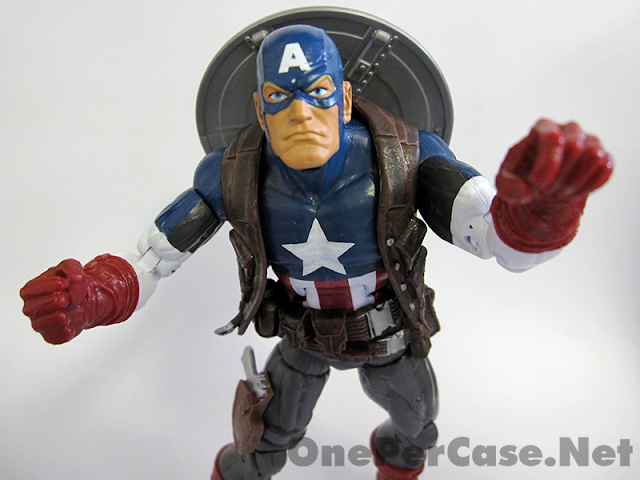