DC Unlimited is a bit of a mess.  We have really nice figures like wave 2's Wonder Woman and the future craptastic wave 3 releases of Aquaman and Darkseid.  (What the hell happened to their proportions???)  Injustice figures fall into the realm of "hmmmm weird choice."  Although I love figures from different media, Injustice is being pushed more than Young Justice was.  More effort and a better price point (unless you buy at TRU $19.99!) Kind of a sad thing.

How does Injustice Batman stack up to the rest of the DC Universe?  Click through to find out.

Injustice is due out April 16th.  The game is seriously intriguing to me, and I have a copy pre-ordered.  Not surprisingly, one of the negatives I have about the game is the costumes.  While they keep the core elements of the characters (colors, symbols, etc) they push them to a place that I can't decide if I like.  This might be where I break from my "all in" mindset for the DC line and not pick every figure up.  The Supes and Joker just aren't doing it for me, hopefully their release is an improvement from the pics we have seen.  The figures look to be very very skinny and aren't super hero proportions.  But I guess that is in line with what we have seen from wave 3 Aquaman and Darkseid...  Seriously Darkseid look like he is going to topple from his huge cranium (and shouldpads)...  HEAD!  DOWN!

Back to the topic at hand.  Injustice: Batman.

I am quite on the fence with him.  In some ways I really like him, but in others, I really don't know.  He is kind of a doorway into the Injustice figure line.  One I might want to keep closed.


The packaging remains true to wave 1.  Nice and sleek.   Although from the art, you can see the Bat symbol is wrong and he is a little less broad chested and muscular in plastic than in game.  If he looked exactly like the card art, this would have been a fantastic toy. 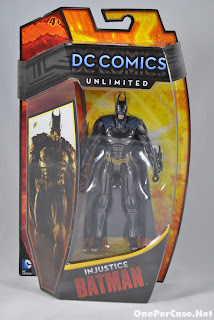 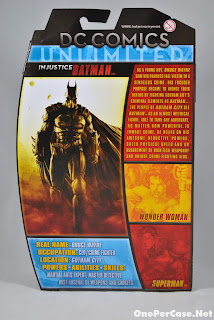 It isn't a terrible design.  It isn't my favorite either.  The colors are off.  I can't get over the purple tinge on his armor (however there is a variant coloration.  View pics here: Gunmetal Release?).  And overall I think the colors are just a little too light.  He is what appears to be, a fully tooled new figure.  Each part is highly detailed and sculpted.  Something we haven't seen too often in DCU Classics.  This is a big plus!

Articulation:  Ball jointed shoulders, hinged elbows with a swivel in the forearm right under the elbow, swivel and hinged wrists (this is a great one!), ball jointed head, a swivel right under the ribcage that allows for 360 degree movement, no waist joint, his legs have the standard DCU joint where they meet the hip, a swivel in the thigh just above the knee, the knee is hinged and has a swivel, and the ankle is simply hinged.

Disclaimer: He did NOT come with any accessories.  The Batarang is from the Young Justice Batman. 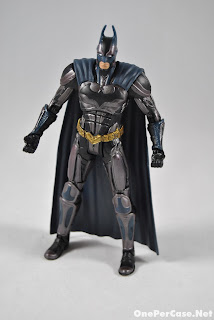 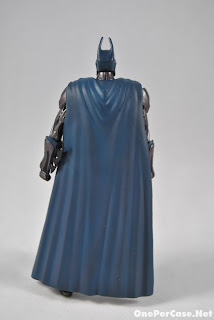 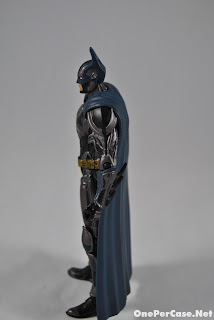 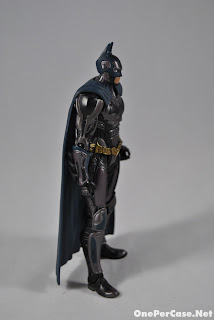 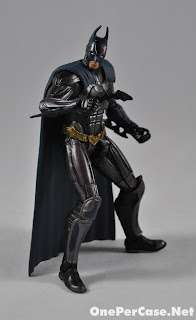 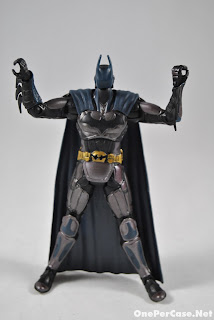 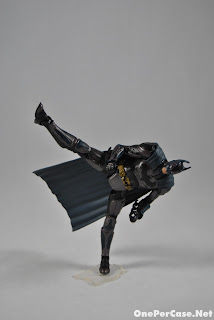 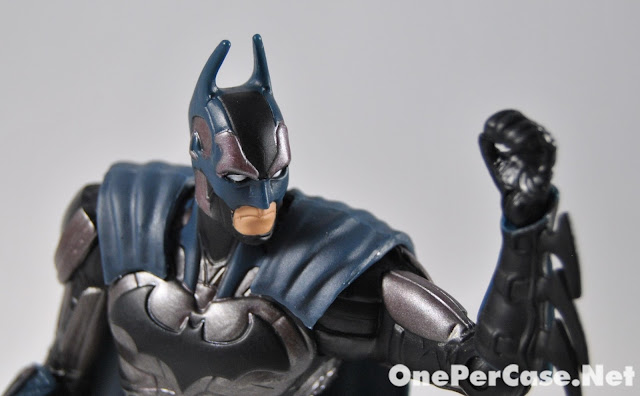 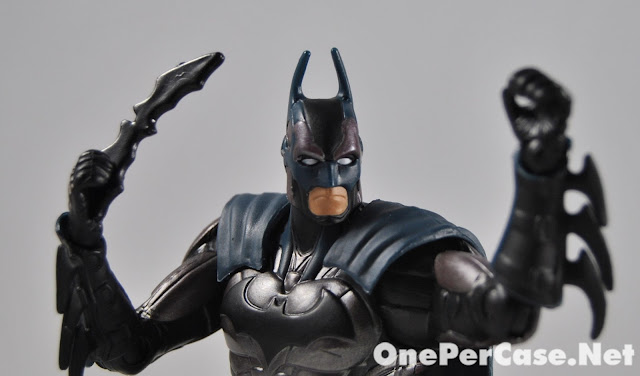