Power On! What a great way to start a show. At one point in my life, Saturday morning was reserved for animation. Then along came the Captain. Jonathan Power and his pals provided some great sci-fi entertainment, and like any good 80s kid’s show, a line of toys available at your local retailer. If you wanted to really get into the show, you needed one of the vehicles, like the Phantom Striker.


Wait a minute, who’s that busting up my commercial break?! Holy cow, this spaceman needs my help! Must buy toys! For those who don’t know, Captain Power and the Soldiers of the Future was a sadly short-lived Saturday morning live action sci-fi extravaganza that introduced a generation to live action integrated with CGI, Sven Thorsen without Schwarzenneger, and fan favorite sci-fi producer J. Michael Straczynski. In a nutshell, Captain Power and his buddies led the human guerilla resistance in a future where the Metal Wars saw the human race being subjugated by super machines. Pretty heavy stuff for a kid’s show, but gives it a good appeal for adults, too. If you haven’t seen the show, you can finally pick up the entire run on DVD for a good price. 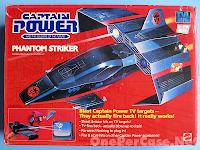 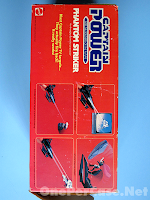 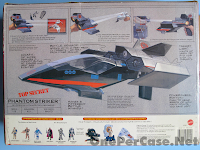 In order to interact with the show, you needed one of the vehicles, like the Phantom Striker. If you need more details, check out the back of the box. You get a nice chart that shows you how to play with the show, other toys, or the included practice target. The front of the box features some nice artwork, including that evil Lord Dread getting blown away. Mattel provides a nice display of other available toys on the back, as any business-minded toy retailer should. 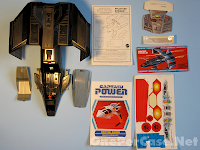 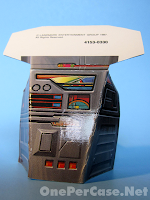 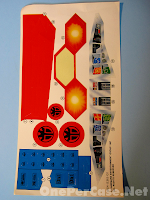 Breaking into the box, one of the first things that stands out is that you get a lot of documentation. In addition to the toy itself, you get a sheet of stickers, a practice target, an instruction sheet, a rule booklet and a file card…er, I mean, “Mentor File”. I was one of those kids that was always hungry for more information about my favorite fantasy worlds, so for me, the more inserts the better. 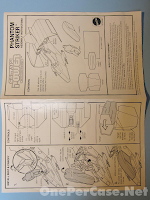 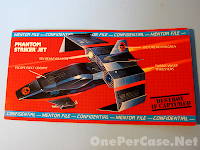 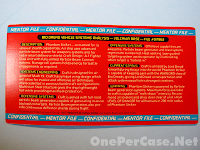 The Mentor File (Mentor being a reference to the computer databank featured on the show) is essentially a GI Joe file card and blueprint combined. The front gives you a nice picture with a few references to vehicle features. The back features a written description to give you more in-depth info. 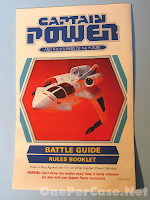 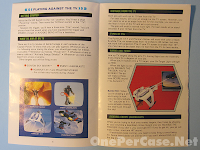 The rules booklet gives you a good breakdown of how to use your ship to play against the TV, other vehicles or with the target. To sum it up (somewhat inaccurately), it operates similarly to the Nintendo light gun. Little shiny targets glow on certain parts of the show, which you shoot at to score points. But watch out, if the characters shoot a flashing gun, you can get hit! And of course, you can buy other accessories like the Power On Energizer to help you play. The line sells itself, or at least advertises for itself. 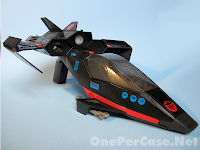 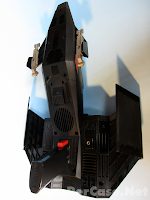 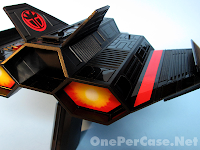 TV show aside, the Phantom Striker is a nice looking toy. It’s a sleek, black, futuristic looking fighter craft. Yea, the handle grip is pretty obvious, but it’s necessary for functionality, and it also does a nice job of doubling as a stand that helps the ship from toppling over when you set it down. 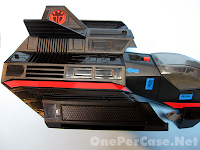 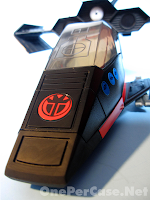 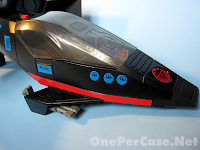 If you bust out that sticker sheet, you get some good décor on an otherwise flat black ship. There’s also some fun customization, such as the mini good guy logos that you get to place under the cockpit sides like a World War II fighter pilot. 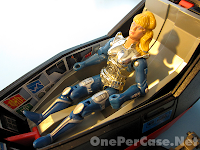 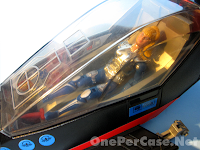 The cockpit has a seat that snaps back into place and a canopy that pops on over the top. There’s plenty of room for your figure to fit comfortably inside, and the decals give you some decent looking control panels. Up at the top of the ship, you see the interactive gear. There is one sensor to record hits, one to shoot at the TV and one to shoot at other toys. They blend about as well as you can expect, although the white sensor cover might look better in black. The top of the left wing features a small red button you can press to get an audio check of your score. If you run out of points, boom! The ship rattles and your pilot gets ejected. That’s exciting stuff! 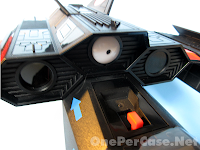 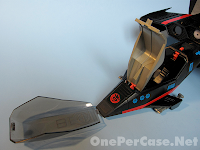 In the end, you’ve got a nice looking sci-fi stealth fighter that seats your figure well. It looks a little plain without the decals, but once you’ve applied them it breaks up the flat black well. If you want to play, be sure to pick up a couple of AA and a single 9 volt. Batteries not included. 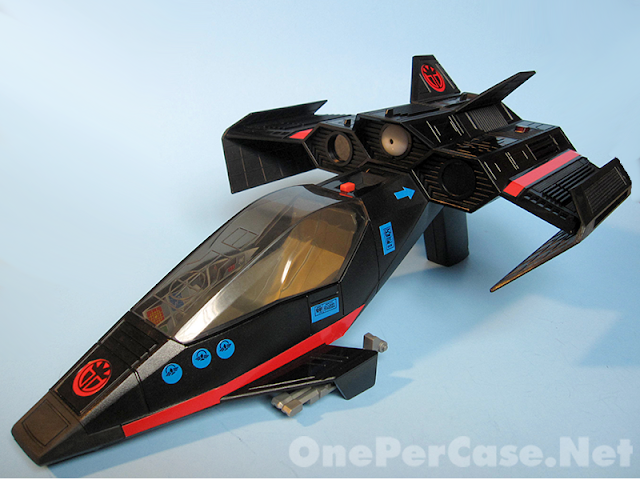