6" Batman for the young Justice line.  He should have never been shelved.  Well, he should have hit the shelves. Sometimes I question the reasoning of retailers and manufacturers.  Assortments can kill a line.  Price points can kill a line.  Both killed Young Justice.  And in turn the rumor that the show's cancellation was due to poor product sales.  $10 for a 4 inch figure will not succeed when targeted at children.  $20 for an adult targeted 6" figure is also too high.  I love the bases, but they should have been scrapped in lieu of more characters in the assortment as well as a lower price point.  Young Justice retail also failed with distribution.  Overproduction of the first 2 waves destroyed the market and filled the shelves.  Easy enough to kill a line with mistakes like this.  How did Batman turn out?  Target and Wal-Mart will never know, but you can see after the jump.

Somewhere eBayers are getting their hands on the last two 6" figures.  And I praise them for that.  I bought this beauty for $25 shipped. (And it was easier than dealing with Digital River.  What a surprise..)  That's not too shabby considering the $20 retail price.  And while he isn't anything completely spectacular, he is a welcome addition to my Young Justice 6" figures.

The packaging is for the long season 2 story arc: Invasion.  Being a fan of the show, I absolutely love it. However, it is a reminder that I won't get 6" figures of some of the fantastic characters in the show.  I somehow really need the Nightwing, Robin, and Batgirl from season 2 and maybe an "evil" Aqualad.  But it's a dead line, so it will never happen.  If we are lucky we still may be able to complete the core team.  Maybe SDCC will see Miss Martain and Superboy.

Somehow I think a Collect and Connect themed 6" line would have done well.  Throw in a build an Amazo or Black Beetle and sales would have gone a bit up.  Variety would have also been a good thing.  Scratch that.  A great thing! 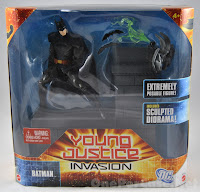 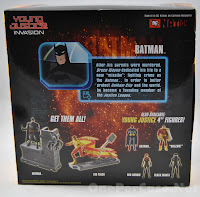 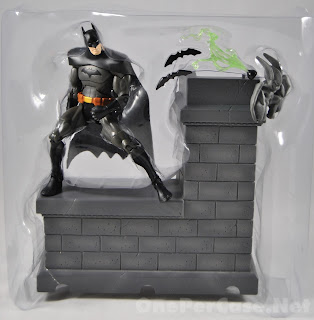 While the figure is plainly Batman, (which isn't a bad thing) the accessories and the neat base make this worth the price (although parents might disagree).  2 Batarangs and a smoke bomb.  How I love smoke bombs!  I need a couple of these!  It fits on the foot pegs just like the GI Joe: Retaliation 3 pack Firefly's incendiary devices.

He has standard DCU articulation without double jointed knees/elbows or rocker ankles.  The cape also hinders some shoulder movement.  YJ Batman sports nice paint and plastic color choices.  I rather like this Batman.  I'll add him to my 50 others (slight exaggeration). 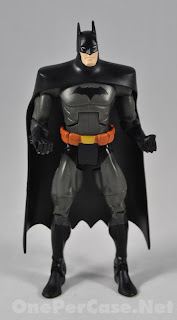 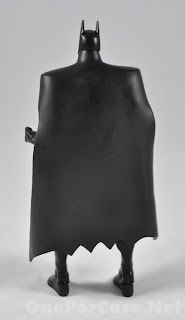 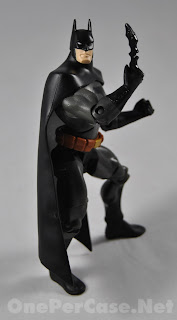 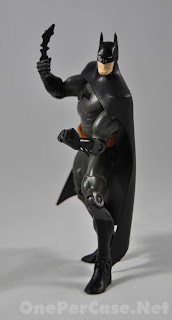 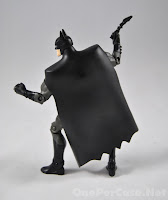 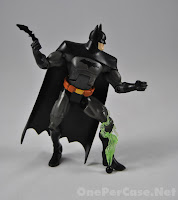 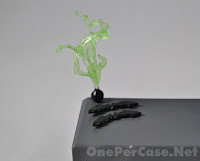 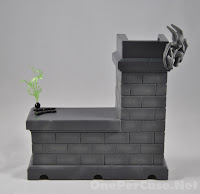 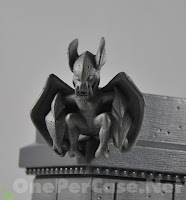 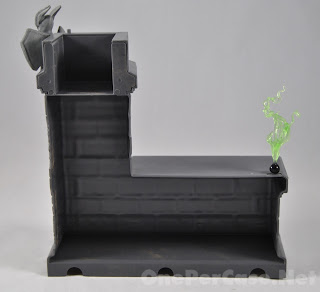 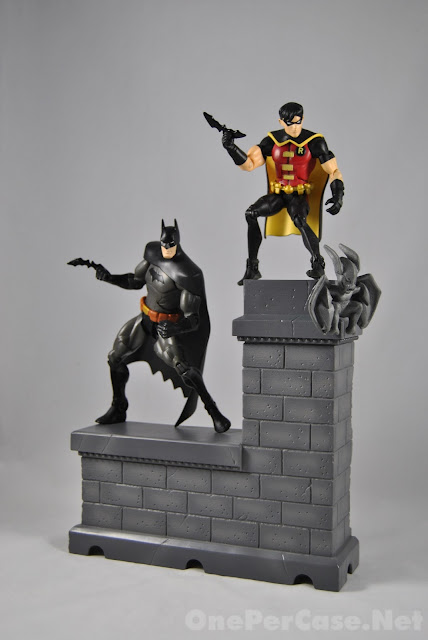 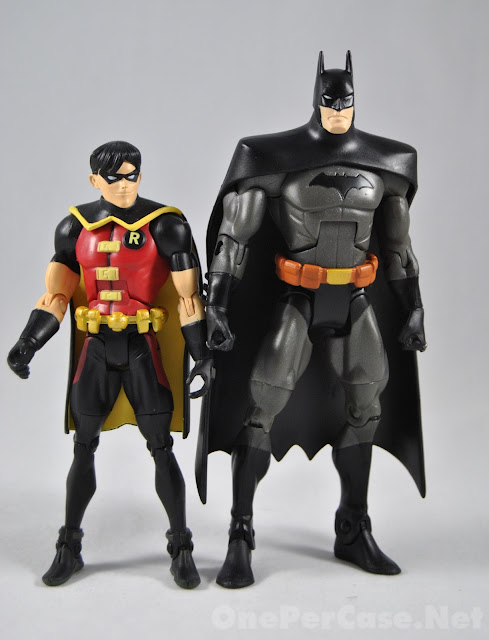 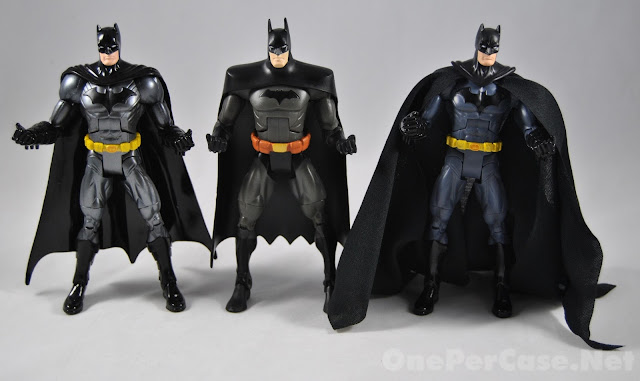 by Jason
Posted by Jason Albrecht at 10:35 AM