Although I don’t typically collect six inch figures, I was glad to see the return of Marvel Legends. This was a great line before, and has been a great line since its return. As part of 2013’s first wave, we’ve been treated to Protector. I suppose a lot of you out there are wondering who this guy is, and I can’t say I blame you. I’ve been a Marvel fan since I was a kid and I have a steel-trap mind for obscure characters, and I barely remember this guy. He’s not important enough to warrant an image on the official MarvelUniverse Wiki, but apparently he’s important enough to make it into the Marvel Legends line. Last I remember Protector was dead. Granted, I don’t stay very current, so this guy could have made a recent comeback that I totally missed out on. Character selection aside, how does this guy stack up? Read on to find out! 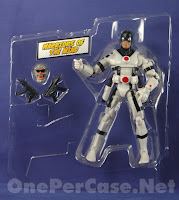 Two things stand out about the packaging. One, HIT MONKEY! Pick up Protector and you’ll be getting a head and a couple of guns towards your build-a-figure. Two, you got your Iron Man in my Protector! So I could have had Iron Fist, a character I know and love, and I got Protector? Well, either way, it’s pretty awesome artwork. The back artwork is particularly awesome, but wait. “Warriors of the Mind”? Are they fighting bad guys, or fighting Gary Kasparov and Bobby Fischer? 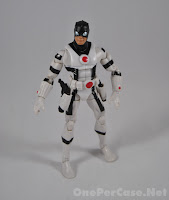 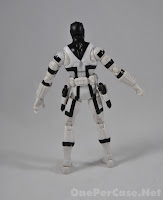 Protector features a solid sculpt. It’s nothing amazing, but it looks like the character I remember in the pages of Fantastic Four, and it looks like the guy on the package art. The overall white with black and red here and there comes across pretty cool. He looks comic-y and not overly “realistic”, but it’s a comic book character from a comic book like, so that’s what I want.

Articulation. Well, it’s Marvel Legends. Is there anything (pose-wise) that these guys (and gals) can’t do? Probably, but not much, and why are you trying to do that with your figures anyways? As always, there’s a potential threat that something like a belt with holsters is going to get in the way of figure movement, but that’s not the case here. 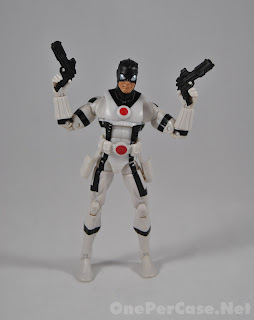 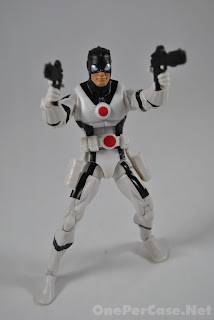 Protector comes complete with a pair of high tech pistols and a gun belt with holsters to store them. The guns are fairly detailed, and they fit snuggly either in Protector’s hands or in the holsters. What else can you ask of your guns? The hands are sculpted with trigger-fingers, so the pistols look natural when he’s holding them. Really nothing to complain about here. 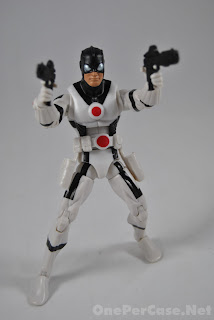 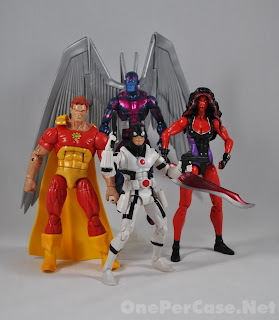 And that really sums up the Marvel Legends Protector. Nothing to complain about here. Nothing to get overly excited about either, but it is an all-around well-made figure. It’s a nice looking and nice functioning figure that will look good with your other Marvel Legends. I’m sure some of you out there will look at Protector and pass, as the character won’t appeal to you. To you I say, “Enjoy your headless Hit Monkey”. 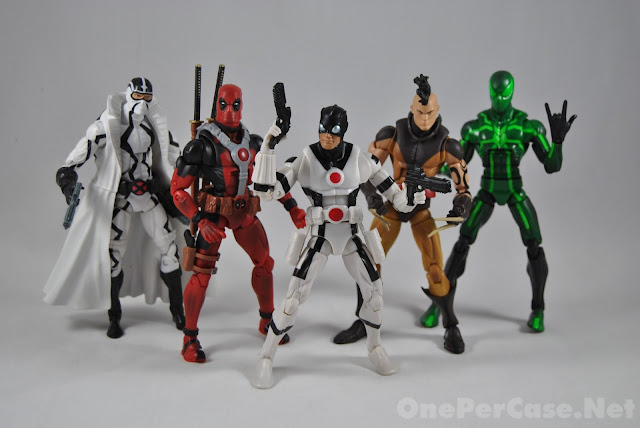