In today's Review From My Desk, we're going to take a look at the final combiner from the new Kre-O Micro-Changer Combiner line, Bruticus! Next to Menasor, Bruticus is my favorite combiner, so in my head, I saved the best for last.

How does Starscream's brigade measure up? Take a look after the jump!

Like his previous brethren, Bruticus comes in a fairly colorful box showcasing the finished product as well as the Bot and Alt modes of his component parts. Thankfully, none of the characters names have been drastically altered thanks to copyright issues. The only noticeable one being the word 'Decepticon' added to Brawl's name. 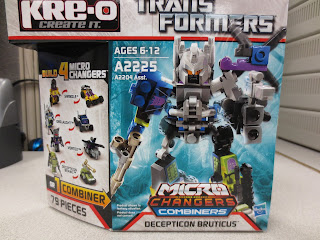 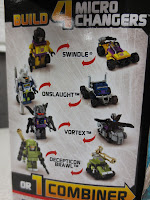 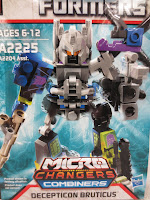 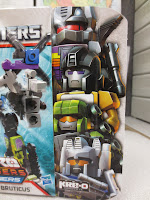 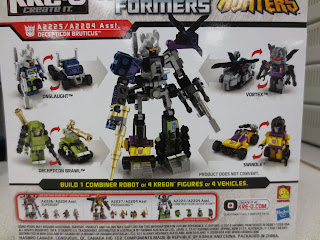 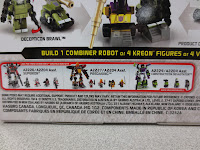 Cut open the box and we once again find a full-color instruction manual, sticker sheet, 4 bags with the individual characters and 1 bag of extra parts for Bruticus himself. 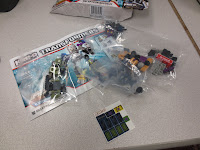 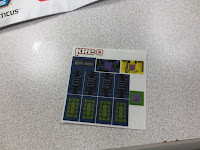 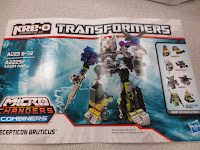 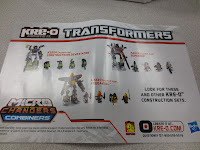 The first character I opened happened to be 'Decepticon' Brawl. 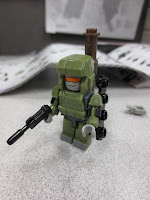 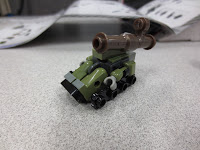 Next up was Onslaught. Surprisingly, his Alt-mode was a little more complicated than I thought it would be. Plenty of extra bits are used. 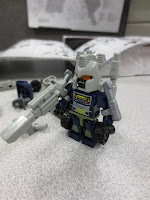 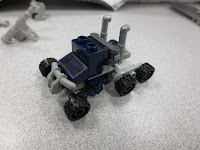 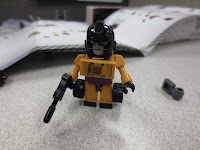 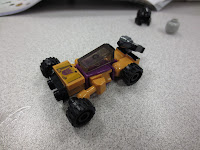 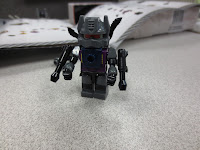 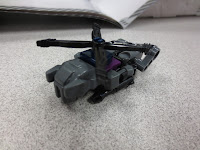 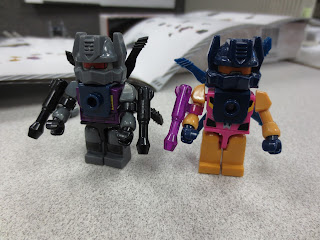 Finally, we tear into our last bag and assemble Bruticus himself.

Swindle and Brawl, using some extra parts make up the feet and lower legs. Using the extra crotch piece and the grey 'arm' pieces, we get the upper thighs. Vortex and Onslaught have their torso's use to make Bruticus'.  Two more of the grey 'arm' pieces and some other random bits get used to make the arms. Bruticus' weapons are pieced together from the weapons of the whole team. 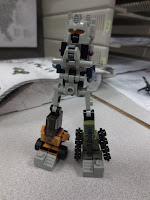 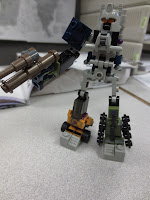 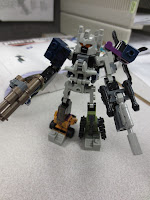 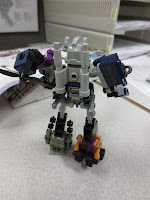 Blast Off was part of the first wave of Micro-Changers and, like Quickslinger, Hook, and Rampage, is not a part of Bruticus' build. Why they decided to go with just the 4 Bots is anyone's guess, but at least we still got the character.

And of course, I couldn't have a pic of Bruticus without Starscream. 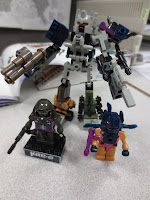 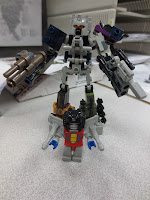 Bruticus found his way into my collection giving the Decepticons a further leg up in the firepower department. 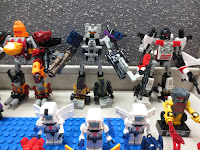 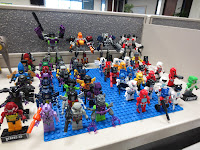 With ToyFair happening this past weekend, come to find out that we will be getting 3 new Kre-O Combiners... Defensor, Abominus, and Piranacon. We will also be getting more of the Micro-Changer blind-bags consisting of Blot, Bombshell, Groove, Arcee, Powerglide, Scourge, Vehicon, Lugnut, Perceptor, Hoist, Beachcomber, Kickback, Guzzle, Huffer, Long Haul, Nemesis Prime, Cheetor, Thrust, Ramjet, Seawing, Nosecone, and Sharkticon.

This bodes well for more combiners and a lot more to collect!

Pics, words, and brigade by Scion of Primus.