Hey all! Joe here again. It's time for another Review From My Desk! Today we're going to be assembling our 3rd new Kre-O Combiner, Predaking! So far, we have Superion and Devastator and today we're going to tip the scales in the Decepticons favor by adding another of their combiner teams, the Predacons!

Let's see how Predaking comes together after the jump! 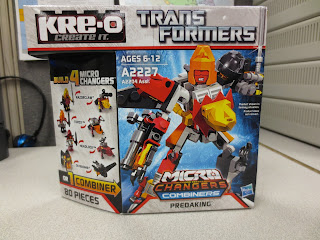 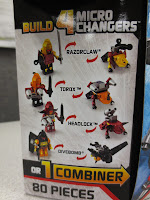 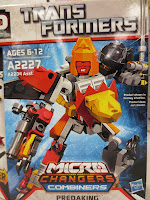 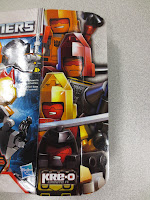 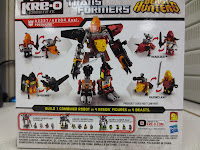 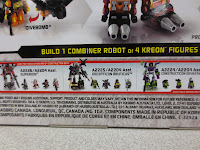 Cut open the box and we find a full-color instruction book and 4 individual bags for the characters and then a 5th bag for Predaking's extra parts. 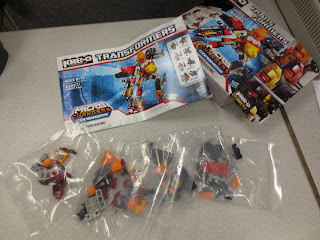 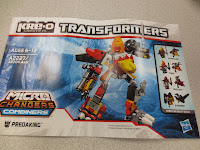 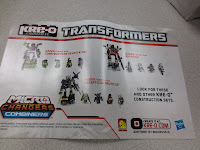 The first figure I wound up opening was Divebomb. His Bot-mode was cool but his Alt-mode basically wound up being him just sitting down with some talons attached to his feet. 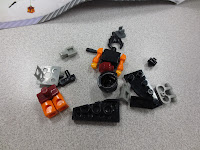 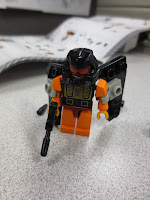 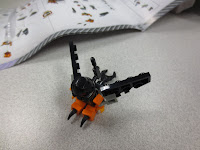 Next up, we have Tantrum. Or, as he's now called thanks to copyright, Torox. I kinda liked this sets little beast modes. They all use the same ubiquitous head that you place the little claws in to make them just different enough. In this case, Torox's horns on either side of his head. I also like that the Alt-mode incorporates Predaking's feet 'cannons' on Torox's back. 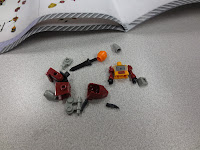 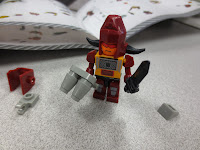 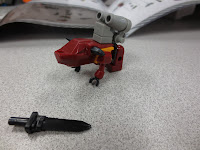 Next up we have Headstrong... or apparently now, Headlock. Like Torox, he uses the ubiquitous head with one of the claws has the rhino's horn. He also incorporates Predaking's foot as the 'cannon' on his back. 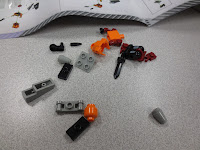 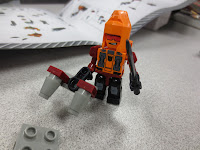 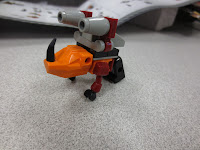 Finally, we come to Razorclaw. For Razorclaw's lion's mane we get a small piece of actual felt-like fabric, which I felt was pretty cool. Razorclaw is a prime example of one of the things that I have NOT been too keen on when it comes to the Micro-Changer line. The figure's chest is very detailed and has what definitely makes this figure Razorclaw, the lion's head. But, for the Micro-Changer line, we get this chest piece that fits over the figure allowing other parts to be connected to the Bot-mode. Sadly, this piece hides a great amount of detail. 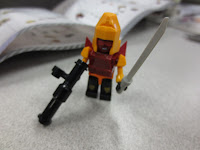 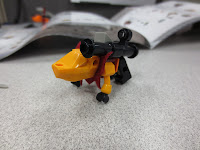 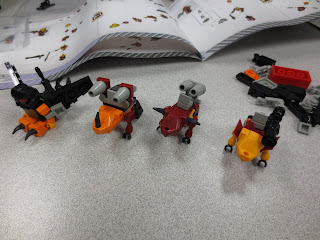 Now on to Predaking! Open up your 5th bag of parts. 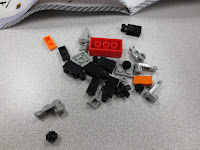 Both Torox and Headlock, along with a few extra parts, form the feet and lower legs. The grey 'arm' parts and extra crotch piece form the thighs and start off our lower body. 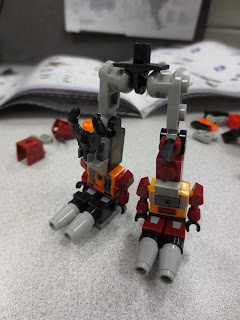 Divebomb and Razorclaw form Predaking's torso. The little felt lion mane gets some good use here being held in place by Razorclaws Alt-mode head. Divebomb's wings are attached to a set of pieces on the back to give Predaking his own set of wings. Sadly, no back cannons. 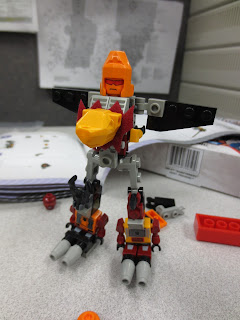 Using some extra grey 'arm' bits and pieces from both Divebomb and Razorclaw, we get Predaking's arms and weaponry. 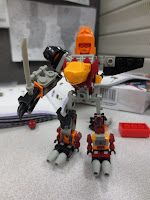 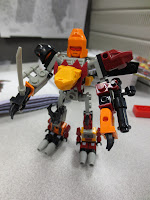 Rampage was previously released in the first wave of Micro-Changers. Like Quickslinger and Hook before him, he is not included in the overall build for Predaking. 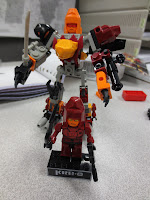 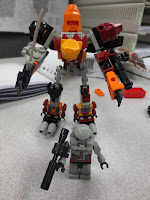 Predaking takes his place among my Kre-O collection at work. The Autobots were already outnumbered. Now, they're seriously outgunned too. 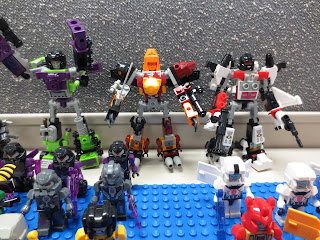 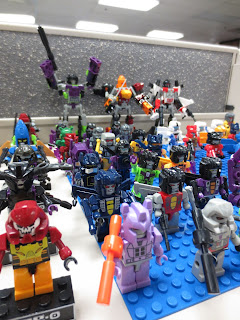 Next up, our final set in the Kre-O Micro-Changer Combiner line, Starscream's Brigade, the Combaticons!


Words, pics, and Predcon terrorizing by Scion of Primus!