A lot of collectors heard the announcement of Nighthawk and responded with a big “Who?” Allow me to put on my Marvel snob hat. Nighthawkhas been around for a long time in various incarnations. He started out in the Avengers in the late 60s and has also been a staple in the Defenders and Squadron Supreme. He is in no way an A-lister, but he’s not exactly obscure. Well now he’s coming to the Marvel Universe 3 ¾” line, so read on to see how he turned out. 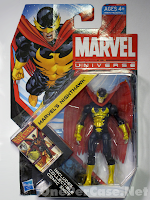 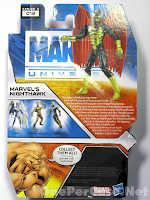 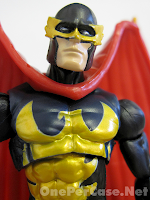 Yes, it’s the Marvel Universe packaging with Sasquatch telling you that you must buy more figures or he must break you. As for Nighthawk himself, judging from the picture on the card and the figure, he seems to be based on Kyle Richmond, the original Nighthawk. Sorry, the original Marvel’s Nighthawk. 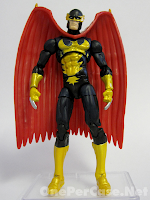 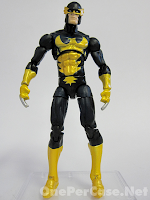 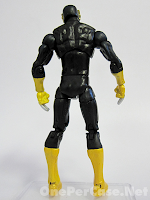 The body is nothing spectacular (nor anything new, sculpt-wise) but it gets the job done. Interestingly, when you pop the head off, you can pull off the wings, and he almost looks like a completely different character. Granted, it’s basically a wannabe Wolverine with stumpy claws, but still. The paint job on his chest emblem is nice, but my particular Nighthawk kind of pops away from the torso sitting straight on the abdomen. As a result, it’s hard to line the emblem up just right. 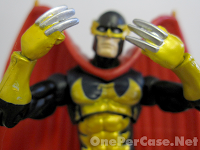 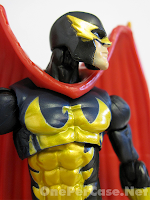 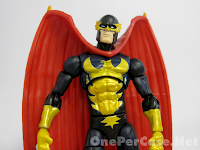 The head sculpt is pretty solid “decent”. The paint on the gold part of the mask doesn’t extend very well down below the eyes, but other than that looks good. He’s got a pretty neutral expression, which I can dig for the sake of versatility. The head rotates upward a fair amount, which is a plus for character with “wings”. For a sculpted cape, it actually looks pretty good. The texturing is comic accurate, and the little talons at the tips make it stand apart from your average cape. 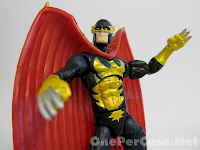 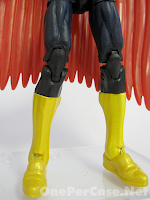 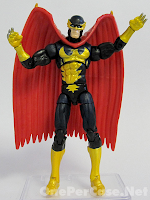 Nighthawk has the standard Marvel Universe articulation, which means plenty of poseability. Thanks to the high arches on the cape, the shoulders can move freely. Not much else to say here. If you know the Marvel Universe line, you know what you’re going to get here. 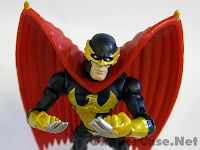 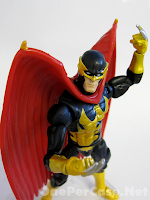 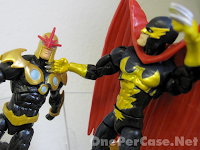 There’s nothing about Nighthawk that’s going to blow you away. His claws look sharp enough, but he's not going to rip through Nova's helmet or anything. He’s a solid, comic accurate representation of a character that you either care about or you don’t. If you do, pick this guy up and you won’t be sorry. Like Hercules, Nighthawk was packed at two per case, and as such, shouldn’t be too tough to track down (relatively speaking). If you want him, and your local retail is a dry hole, you can track him down online at an average price. 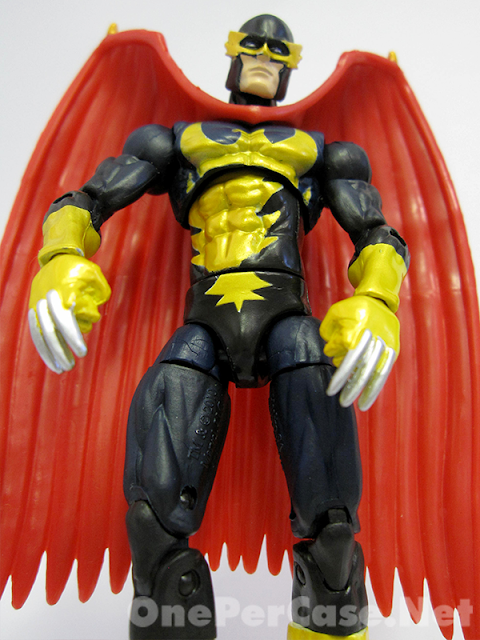