Remember that cancelled Iron Man 2 Undercover Assault set that included Black Widow, and unmasked versions of Stark and Rhodey, but never made it out to retail?  Well, you might have a chance at getting it after all.  But hold onto your Benjamins for a minute and let me drop some knowledge.


So last summer, a couple of these sets were sold on ebay from a Chinese seller.  I bought one of the two and reviewed it for your viewing pleasure.  I paid a lot of money for it, since it was the first time a packaged sample had been seen, and I had to have it for my collection.

Now, a couple of these sets are floating around eBay, for similarly high prices.  One of the auctions even uses one of my photos, watermarked with the OPC logo.  No, that set is not mine, and I am not the seller, so that is not a photo of what the winner of that auction will actually receive.  So bid on it at your own risk.  But that's not why I'm writing this PSA. 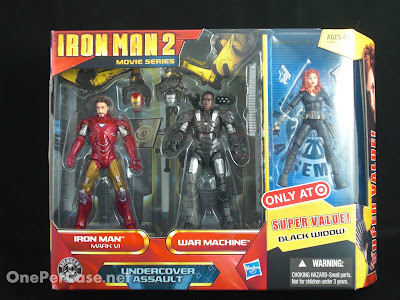 There are a couple of these sets back on eBay now because they've actually been found at retail.  For about $10 each.  Yesterday, several people in the UK reported finding this set at a store chain called TK Maxx.

This means a few things.  First, if these are starting to hit the discount chains, it means they were manfactured in much larger numbers than the original few that hit eBay last year.  It wouldn't make sense for Hasbro to go through the hassle of selling and shipping just a few to retail.  So the hype in the auctions of "only a few of these exist, OMGZ!" can officially stop now.  Obviously, there's a warehouse full of these somewhere.

Second, TK Maxx is owned by the same company that owns TJ Maxx and Marshalls in the US.  So while I have no insider knowledge, and no reported sightings of these in the US yet, I'd say it's a fairly safe assumption that they will be hitting stateside in the near future.  Even if they don't, the price for the ones on eBay in the UK will come WAY down as more and more get listed. 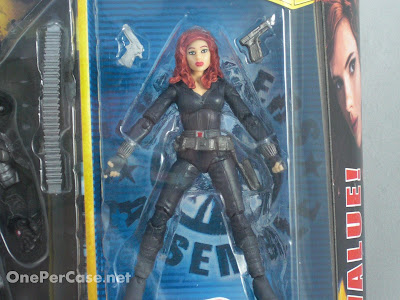 ﻿
So, before you go dropping several hundred dollars, be aware of what's going on.  Pay what you feel this set is worth (for me, it was worth $200), but know that the chances are now fairly good that you'll be able to pick up this set for much less in the near future.  I get the feeling that a couple weeks from now, there will be a ton of these sets available on both sides of the pond, and the price will come way down.