Nothing from Marvel gets me quite as nostalgic about my childhood as the Uncanny X-Men. Just seeing that 90’s style X-Men logo brings back all kinds of fond memories of the cartoon and comics when I was a kid. So I’ve been waiting a long time to get a complete Jim Lee era X-Men team in Marvel Universe. And while we still have a few figures to go, Hasbro finally delivered a highly demanded figure in this set. Of course, they also delivered the 83rd repaint of Wolverine that we didn’t need, a dude with an inter-dimensional mullet and only three fingers that probably not as many people care about, and a baby version of a guy that is already the biggest baby in the Marvel universe. So is this set worth tracking down? Come on. It’s Rogue. Duh.

The packaging looks awesome for one reason, and one reason alone. That X-Men logo. That will always be what I envision when I hear the name “X-Men”. The figures look pretty good in the box, but boxes are meant to be torn open. But I had a hard time discarding this one, just because of that logo.  Also, there's Sasquatch on the box. 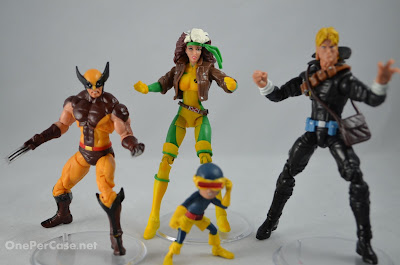 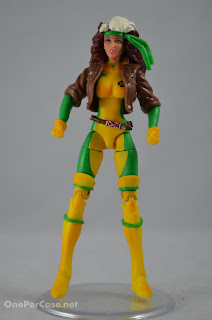 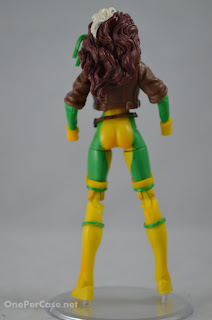 Rogue is built on the X-23 body. Which means she looks good and has great articulation, unlike the older crappy female MU body that looks like a potato with boobs. Some people think this body is too tall, but that has honestly never bothered me. I think it looks like a great representation of the unrealistic sex objects that most female heroines are portrayed as in the comics. And I’m good with that. And you can put her into some pretty great poses thanks to the articulation. 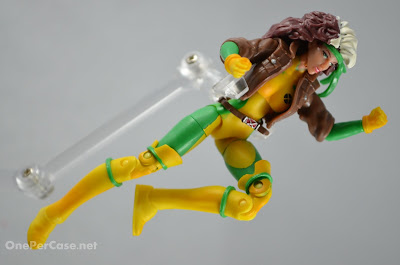 The head, upper arms, belt, and boot tops are new. And maybe the hands. I’m not sure there. The jacket is from the Secret Wars mohawk Storm.  The rest is repainted X-23. The facial sculpt looks much better than the original prototypes shown at conventions made it look. Especially since Hasbro remembered to paint the eyebrows. I’m not a fan of how the mouth is sculpted, however. Being slightly open, and the way it’s painted, it makes Rogue look a little bit like a buck-toothed hillbilly. No offense to our buck-toothed hillbilly audience. 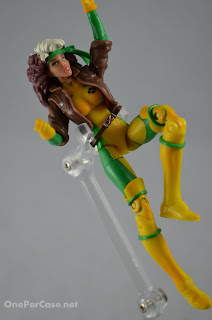 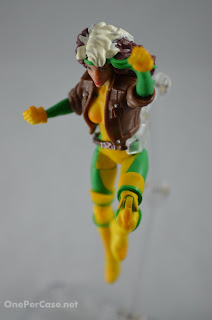 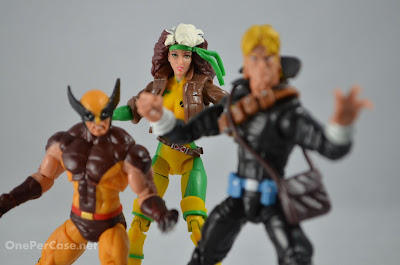 The jacket looks awesome. I know the 90’s fad of “jacket over a spandex super suit” became a bit clichéd and tired after a while, but damn does it work for Rogue. This is definitely my favorite costume for the character, and this combination of parts is a perfect execution for it. 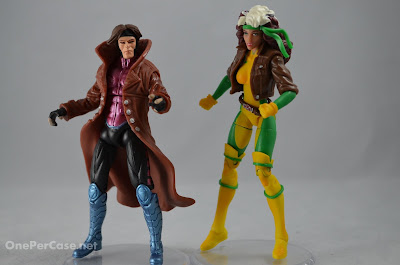 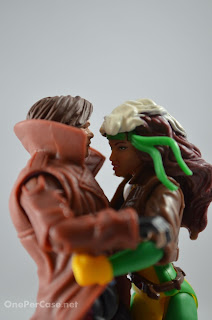 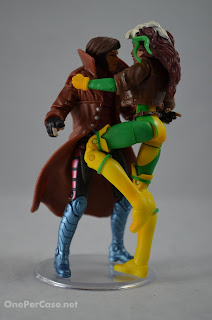 The paint job on Rogue is a little sloppy, at least on mine. The yellow is a little smeared on the thighs, the white on the hair looks a little clumpy, and there are flecks of lipstick all over her cheek. Since this is the figure I was most looking forward to in the set, that’s a bummer. But judging by the poor paint quality on nearly ALL of my new MU figures (Hercules wave and team packs), I doubt that a much better sample will be easily found. So that’s a black mark for this figure, but luckily the paint errors are relatively minor. And I can easily remove the flecks from her face. Over all, Rogue is a GREAT figure, and I’m glad to have her finally join my collection. 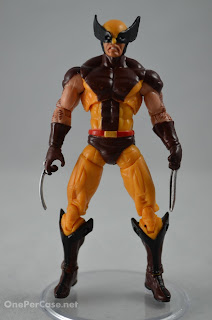 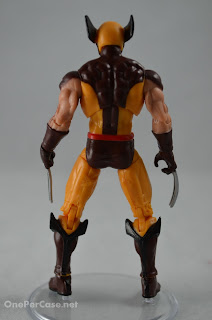 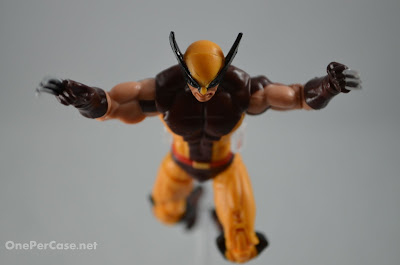 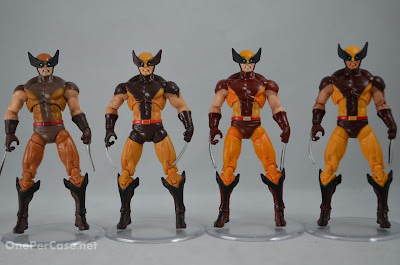 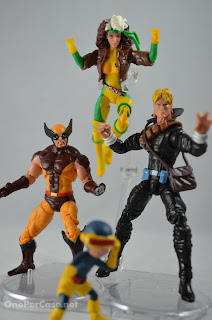 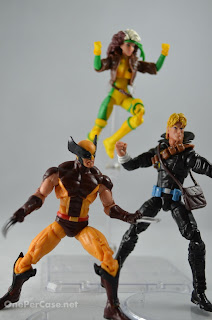 Wolverine I won’t spend a lot of time on. This is the fourth time we’ve seen this figure. He’s a repaint of the X-Men Origins: Wolverine figure, complete with crappy head sculpt. He was also repainted in the First Class comic packs and the Avengers vs. X-Men comic packs (both of which, coincidentally, were Toys R Us exclusives). The disappointing thing about this is that Hasbro actually showed an awesome new head sculpt on this figure at the conventions, and on the package photo. I, along with many other collectors, was looking forward to that new, better head. But instead, we once again get the constipated looking Logan. The articulation is mediocre (I hate these hips, and the wrists are at awkward angles), and the figure feels very dated at this point. It also doesn’t help that the paint job is also sloppy on the head. The only thing this figure has going for it, is that it has painted-on arm hair. When new painted body hair is the most interesting aspect of an action figure, it’s time to retire that action figure. Needless to say, nobody is buying this set for the Wolverine. 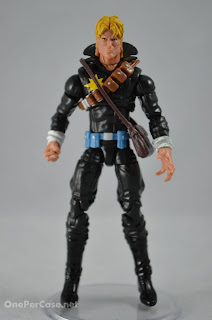 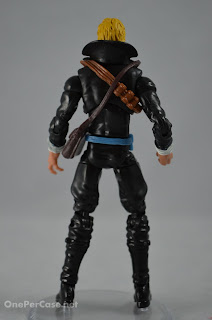 Then there’s “Three Fingers McMullet” over here. I’ve never been much of a fan of Longshot, but this is actually a pretty good representation of him. This figure is based on the AIM/Ghost Rider body, with a new head, hands, bandolier, and man-purse. Great body choice on this one. It’s a pretty close match to most interpretations I’ve seen of his costume in the comics. The articulation is pretty decent, though some rocker ankles would really help with getting some awesome poses out of him. 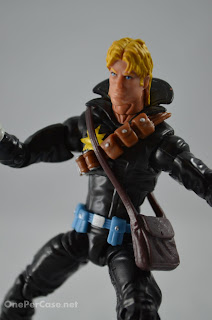 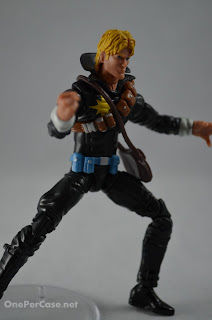 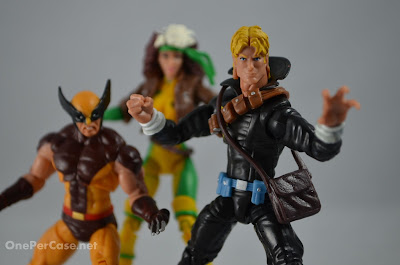 The paint on Longshot is the best of all the figures in this set, at least in my set. The body is mostly black, which is hard to mess up, but the yellow star is well done with no mistakes, and the paint job on the face is sharp. So no real complaints there. But, Longshot comes up a little short in the accessories department. He’s the only figure in the set that really warrants accessories, so I’m bummed that we didn’t really get any. Sure, the man purse and bandolier are nice, but I was really hoping for at least one throwing knife for this guy. Other than that minor complaint though, Longshot is a pretty decent figure. If you’re a fan of the character, he should make you pretty happy. 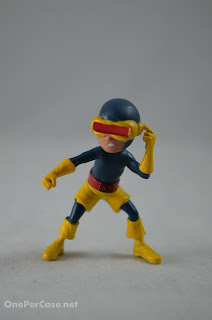 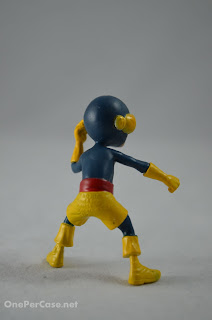 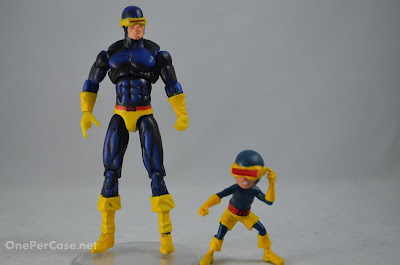 Speaking of accessories, the only real accessory in the set is X-Babies Cyclops. I’ve never liked Cyclops. He’s always come off as a whiny brat to me. So I thought it was pretty fitting that he was the X-Baby we got in this set. But I’ve never really been a fan of the whole X-Babies concept either, so his inclusion in the set did nothing to excite me. Maybe I just don’t like characters that come from Mojoworld? I would like a Mojo in this line, though. Anyway, Baby-Scott has zero articulation, he’s just a little statue. The sculpt is decent, the paint job is a little sloppy, and unless we get a Mojo and some more related characters in this line, I have no real use for him. Still, I do have to give Hasbro credit for including him, when they could have easily left him out of the set without anyone batting an eye. 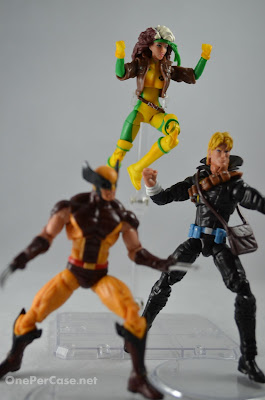 So this set has a great figure, a pretty-good-if-you’re-into-him figure, a crappy rehash figure, and a decent accessory mini figure. Do you spend the cash for it? Honestly, I think Rogue alone makes the set worth it. Longshot and Baby Cyke were just a bonus. Wolverine, meh, not so much (though if he had the new head that was originally shown, he’d add to the value of the set). But I’ve been clamoring for a Jim Lee Rogue since the line began. If you’re also one of the many, many collectors that have been vocal about wanting her, you’re definitely going to want to pick this set up. Somehow, I don’t see Hasbro re-releasing her on her own anytime soon. But I do have to give Hasbro a big THANK YOU for releasing her at all. 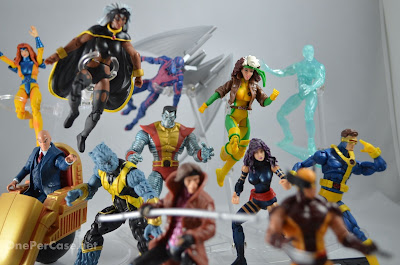 These packs aren’t hitting retail yet, but were available at BBTS if you couldn't wait (Pre-sold out right now, but may be restocked). I couldn’t. And I’m really glad I didn’t. Because now I’m one step closer to being able to recreate my favorite comic cover of all time… 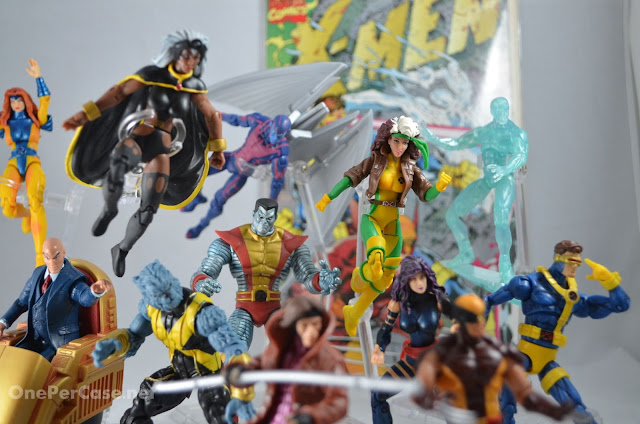 Photos, words and flashback to the 90's by Zak
Posted by Zak Sousa at 7:26 PM