When this wave of Marvel Universe figures was first announced (like, back in 2011), Hercules wasn’t exactly my most anticipated figure of the wave. Since he’s never been a favorite character of mine, he fell right in the middle of the list for me, above Nighthawk and Puck, but not as awesome as Nova and Angel. Well, now that I have the wave in hand, that has completely changed. See why after the jump.


After opening Hercules, he quickly became my favorite figure from the wave. Not just the wave, but one of my new favorites from the line period. One of the best Marvel Universe figures to date? Yes. Very yes. 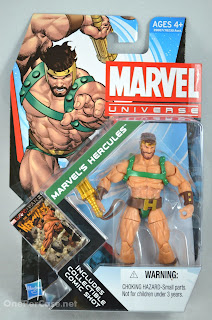 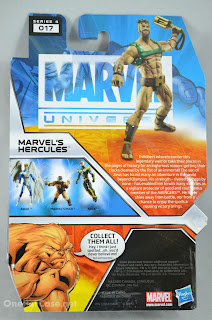 Packaging. Looks like normal Marvel Universe packaging to me. Decent artwork, collectible comic shot included, 'Squatch on the back telling you to buy more toys. Moving on. 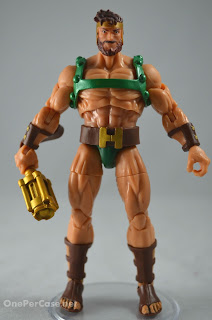 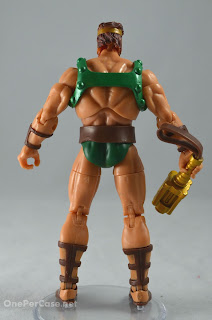 Ok, I don’t mean to gloss over the packaging, but seriously, that’s the least interesting aspect of this figure. And I want to get to talking about the figure itself already. This is a brand new body sculpt for Marvel Universe, and it is FANTASTIC. Hercules is appropriately huge. Which is how the son of Zeus and Greek god of strength and badassery should be portrayed. I originally mistakenly thought this figure was coming on the Cable/Tigershark body. I didn’t realize until I had him in hand that it was a completely new sculpt. 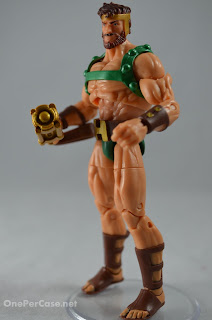 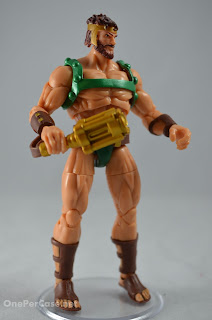 Hasbro did a bang up job capturing all of the musculature of the character in this sculpt. Check out that detail in the chest. It really is a work of art. And thankfully, this body is generic enough that it can easily be re-used for other similarly sized characters in the future. I can totally see an Ares being built on this body. No, I can’t just see it. I NEED that to happen. New lower legs, head, and some add-on armor bits is all it would take. Envisioning that in my head, it is now the figure I most want to see happen in MU. And I’m not usually a big fan of re-do’s, but I can also think of several characters that I’d really like to see re-done on this body now. Warpath. The Wrecking Crew. Sentry. Thor. Sabretooth.  I’d be down for all of them. Damn you, Hasbro. 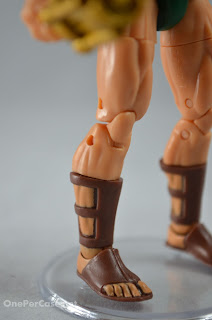 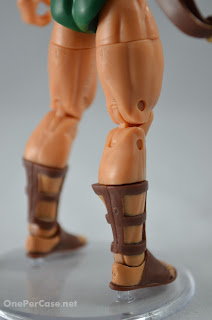 The articulation is similarly impressive. Everything you’ve come to expect from the most recent Marvel Universe bodies is here. Ball jointed head with hinged neck, torso and waist swivels, ball hinged shoulders with bicep swivels, hinged elbows, swivel wrists, ball jointed hips with thigh swivels, double jointed knees, and ball hinged rocker ankles. Pretty good range of motion on all those joints, too. Double thumbs up for the poseability on this figure. 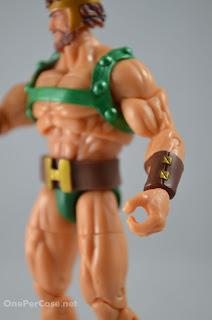 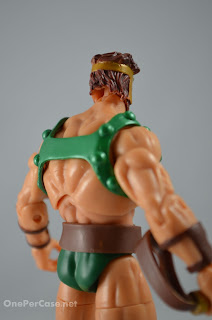 The figure isn’t without a few minor flaws, though. For one, the left arm on mine falls apart at the bicep way too easily. Every time I move that arm, I have to re-assemble it. And Brett says the same thing happens on his, but with the right arm. So that’s mildly annoying, but not difficult to fix with a small amount of super glue. Also, for there being such a small amount of paint on this figure, I’ve seen some really sloppy paint jobs on the face on a few examples. I got a case of this wave, so I have two Hercules (one may soon be an Ares custom), and the one I didn’t photograph here looks like his face is dripping off of his, err, face. So watch out for that. 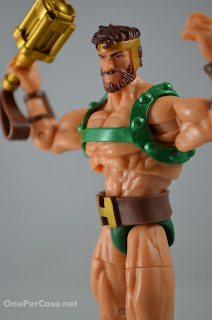 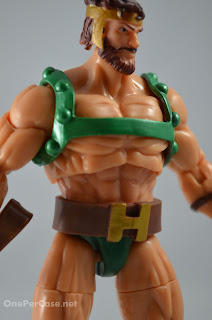 Speaking of the paint, like I said, there isn’t much. Just the face and hair, and the arm and leg bracers and sandals. But for a mostly naked figure with minimal paint, Hercules looks damn good. When his beard isn’t dripping off. 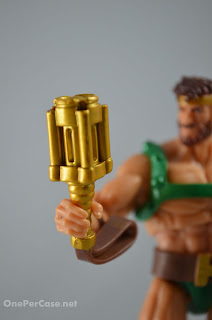 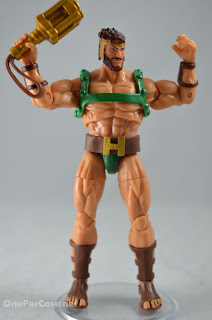 The only accessory included is his hammer/scepter/beat-down stick. That’s about all he really needs though, I guess. I do wish Hasbro was still including stands with Marvel Universe figures, though. Hercules definitely needs a nice stand with his name displayed prominently. It’s only fitting for a character of this stature. 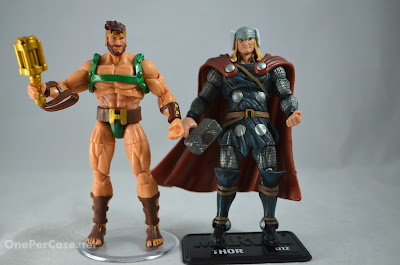 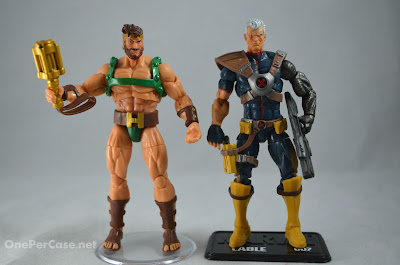 So in summary, yes, you do need this figure. As the kids say, he is teh awesome. Totes amazebawlz. He doesn’t suck. And he is definitely my favorite figure from the wave, not necessarily because of who he is, but because of all the awesome potential for future uses of this new body. At first, I questioned Hasbro’s choice to make him two per case (and I still question why the hell Nighthawk is two per case) while Angel and Nova, who I assumed would be more popular, are only included once. But now, I totally get it. Hercules may not have quite as much fan appeal as Angel, or even Nova with his recent media support, but he is a damn fine figure, and I applaud Hasbro for making sure he was included twice. Now give me Ares! 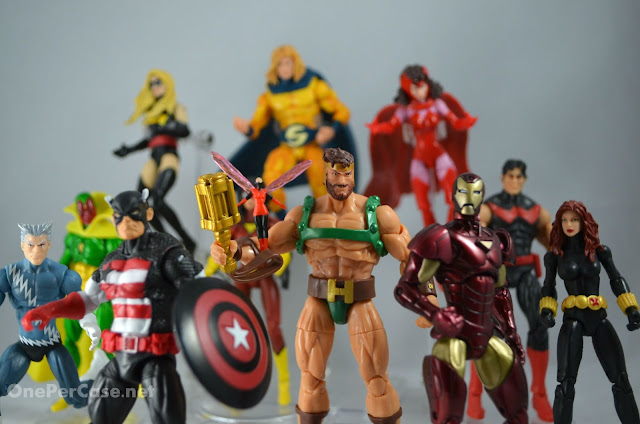