I was happy to find a case of GI Joe Retaliation 3 packs on the stocking cart at Target.  Unfortunately, that particular Target has not reset the action figure aisle.  However, as the case has no street date on it, I was granted permission to buy them.  Hoorah!  What did I think of them?  Click through the jump to find out!
Straight up.  Retaliation figures are far superior to what we got with Rise of Cobra.  Sure Rise of Cobra did give us a few gems, but mostly it brought disappointment.  Hard to make great figures based on sub-par movie characters.  I still cringe at the casting of Sienna Miller...  seriously as Baroness?  They should has cast a European dark haired bombshell...  Monica Belluci comes to mind.  If you disagree, click here and try to argue with me.

Anyhow, moving onto Retaliation.  From what I have seen.  Great characters.  There seems to be a lot of effort going into the figures from wave 2 and beyond.  Most of wave 1 is quite honestly victim of Hasbro's cutting of articulation for cost.  Seriously evident in the new IM3 3 3/4 inch figures.  These are not the case.  In the world of $10 quality 3 3/4 inch figures, getting 3 for $20 is a screaming deal.

We are familiar with the packaging.  If you are new to the party, Retaliation is all about the Rock (aka Dwaynre Johnson) and ninjas.  Lots of ninjas.  This particular pack is a ninja team with one ninja.  But kids like ninjas, just look at Ninjago.  So by all means Hasbro, call this a ninja pack...

A realistic Sgt. Airborne (as far as design goes, not colors), Mouse, and sky blue accented Snake Eyes are included in the pack.  Sure I bag on the colors a bit, but that's the terrible part.  The rest is quite fantastic. 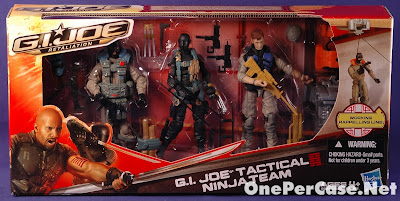 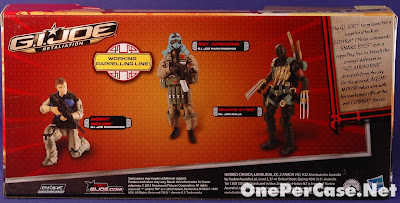 Hasbro deemed it important to include the pertinent information of Mouse's vest removal.  I imagine the pack will find it's way into the hands of children once all of the collectors swipe them up.  It is visually a darn neat pack.  And they are ninjas... 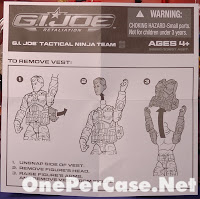 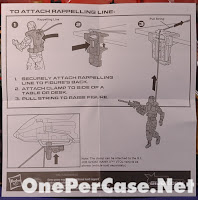 Snake Eyes.  In the GI Joe universe, Snake Eyes rules.  In fact, it could be said that he and Storm Shadow keep the franchise going.  Ask my 8 year old son who is in GI Joe and I know he will only say Snake Eyes...      but then again he doesn't play with toys.  Seriously!  But you damn well want him on your Halo team...

This particular figure is well made and articulated.  He is darn near equal to the PoC "ultimate" version of Snake Eyes.  Darn near...  Of course no sculpted mouth raises him far up the GI Joe movie figure ladder.  My biggest complaints are light blue and gold paint on his webgear and the fact it isn't removable unless you remove the legs...  Boo...  Snakes is armed with plenty of weapons.  Two swords, scabbard backpack, claws, Uzis, pistol with suppressor, a knife, and two very strange large claws.  I like the webgear as it allows for clipping the Uzis on.  The leg has a holster and spot for the gun and suppressor.  Not to mention the knife sheath on the leg.  If any readers know their ninja gear, give us the low down on the proper names for the equipment! 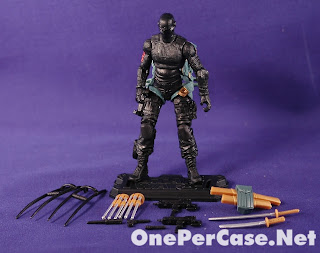 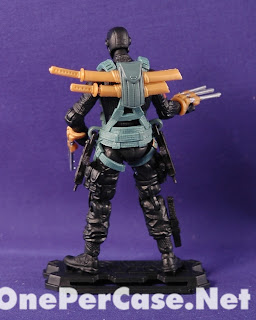 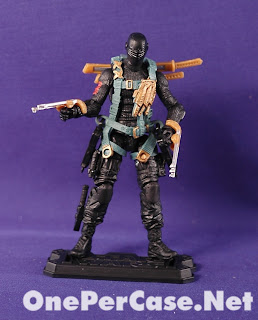 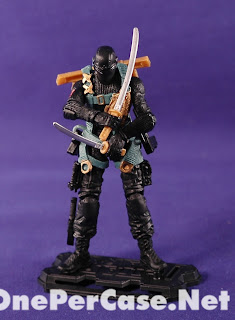 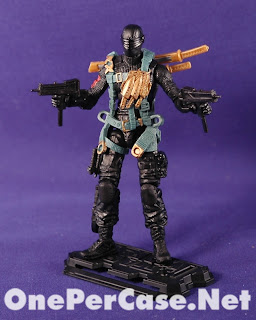 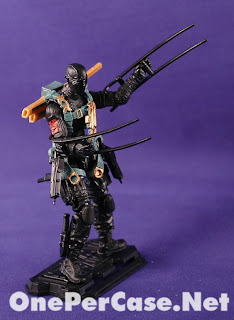 Sgt. Airborne is an interesting update.  Sometimes it seems movie figures are put together and then they try to match a name with the design and not the other way around.  It is a nice figure.  I like the blue on him far more than on Snake Eyes. 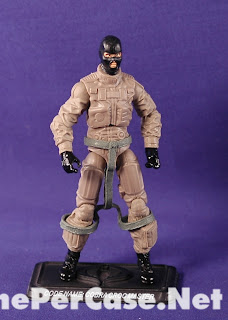 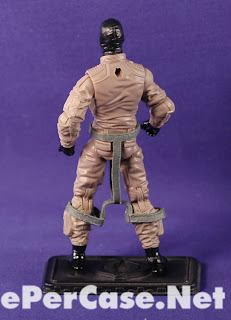 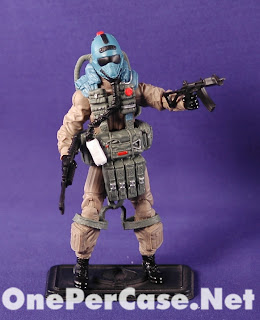 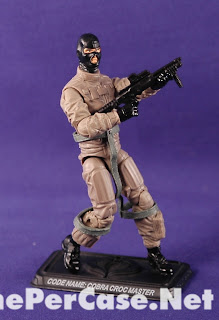 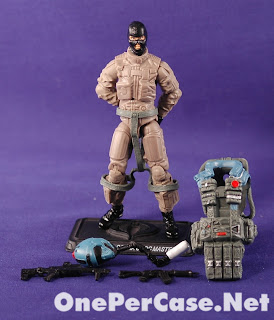 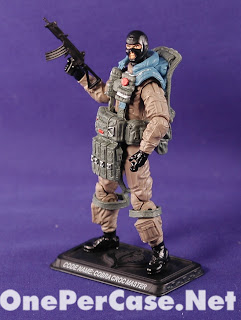 Agent Mouse is a marksman, but quite honestly he would end up being on of my tech agents.  Seriously... Mouse and Mainframe seem like father and son.  Mainframe being the old antiquated agent while Mouse is the young new quicker app using tech.  His downfall is his gold guns... really?  Gold?  Do they kill in one shot like N64 Goldeneye's golden gun?  Meh...

The neat part and playability of this 3 pack comes in the form of the rappelling gear.   I love little playable gadgets when they are not shooty missiles.  I HATE shooty missiles in figures.  Vehicles with shooty missiles I can forgive, but not figures. 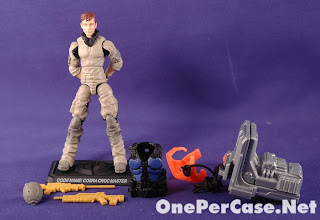 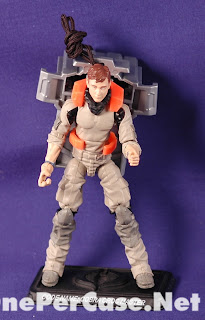 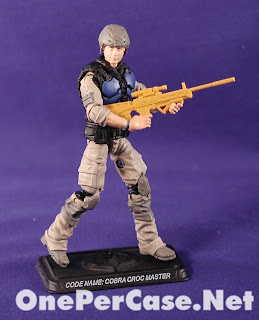 Has Hasbro really gone back to Kenner's Sky Commanders?!?!  I think they are trying!! 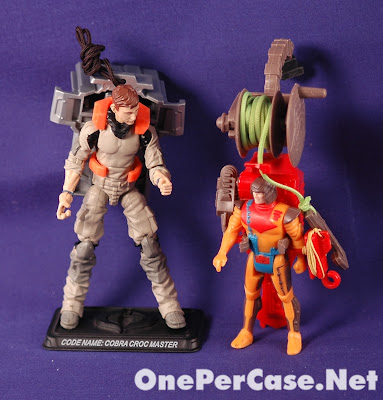 pics and words by Jason
Posted by Unknown at 8:00 AM