Last night we counted ourselves lucky.  Wal-Mart had a case of the old wave 3 of GI Joe Retaliation figures.  Scooping up what we deemed the good, we left the bad.  Joe Colton was among the good.

The wave naming of GI Joe Retaliation is complicated.  Once the movie was pushed back, Hasbro restructured the cases.  This is from the original wave 3, we opened the box ourselves and can confirm that it was printed with "Wave 3."  With that being said, the restructure of the releases are fantastic and I am glad they are doing it.  The new wave 3 is the best case pack I have seen in a long time.  Worthy of buying the full case.  It consists of:

Try and tell me that isn't exciting.

While some may not like that Joe Colton doesn't have his iconic full head of hair and beard, however it is very exciting having Bruce Willis in 3 3/4 inch plastic.  Hasbro captured his bald melon really well.  The paint on this one though is sketchy at best.  His eyes look to be focusing on some phantom fly that landed on his nose.  So sad when the eyes aren't painted right.

Retaliation packaging has few unique qualities.  A picture of the figure next to the figure.  A card back full other figures and a few of Colton posing with his weapons.  Joe Colton is unfortunately is packed with a HUGE shooty gun, the same one included with Wave 1 Duke.  With a zip pull feature, those four missiles fire really really fast!  Despite the large unwieldy weapon, he also comes with a shotgun, revolver, and a pistol. 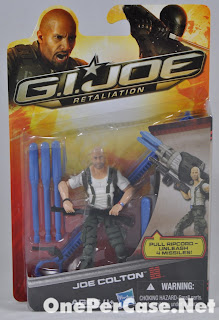 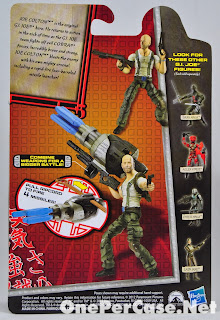 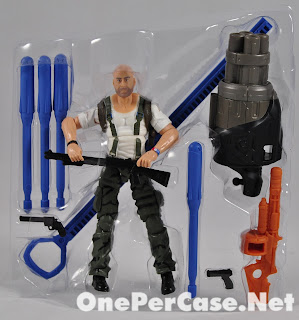 The orange-yellow rifle attaches into the large shooty gun.  Exciting! 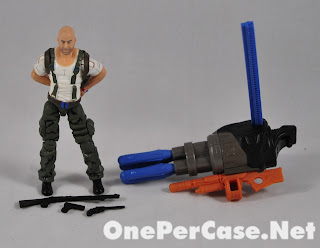 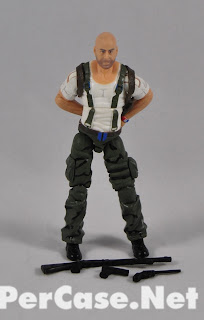 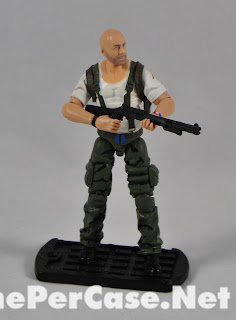 His poor eyes.  The picture really doesn't do his cross eyes justice.  In person they look bad enough to annoy me.  At first I didn't like the sculpted suspenders, but they have grown on me.  And I love his shoulder holster harness.  Love it!  I wish the gun was removable.  I like the detail of the blue and red watch.  He has great articulation.  The added wrist movement is always welcome. 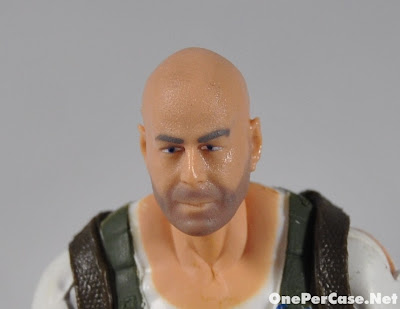 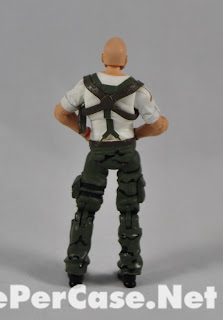 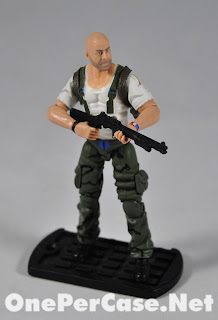 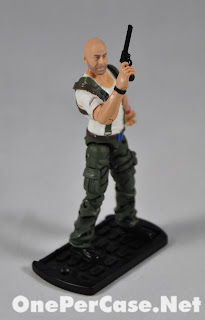 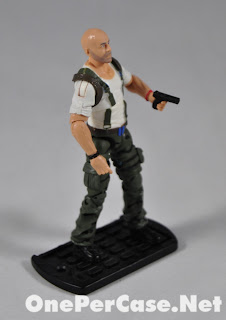 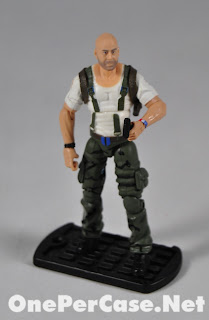 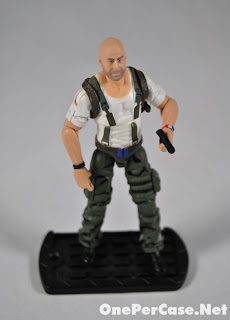 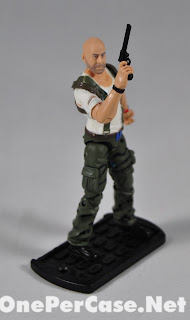 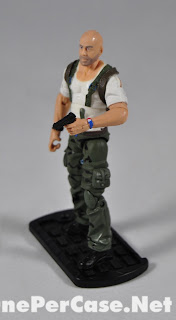 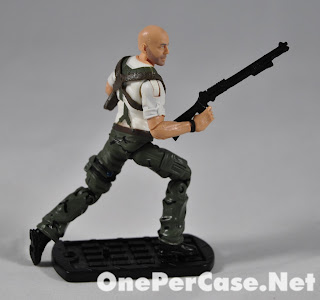 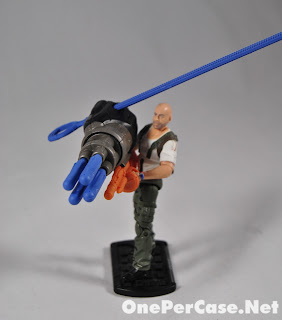 For the kids.  How do you work the big shooty weapon! 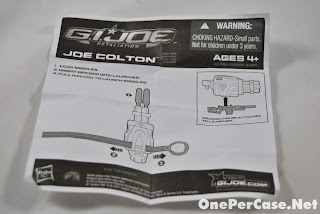 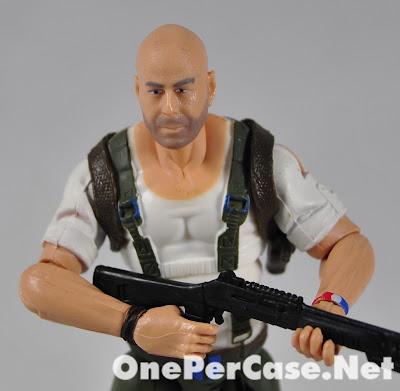 Pics and Words by Jason

Posted by Jason Albrecht at 8:00 AM