Dark Ninja.  We have seen this particular sculpt a few times now.  It's still a great body to re-paint!  Personally, I prefer the red ninja over this rendition (if I can ignore the lack of gear with the red ninja).  If he would have been a bit darker I probably would own a few of these.

Not much difference besides the gear.  The glider doesn't fit perfectly, but good enough to play with and have fun with it.  I love the colors and the Cobra symbol on the glider.  But honestly, I wouldn't have known what to do with the weird claws things if the instructions were not included.  Claws, swords and a scabbard let this ninja be a ninja!  Honestly if the second head and extra gear pictured on the back were included, I think this would be a great figure.  As he stands, he is a pretty darn good ninja! 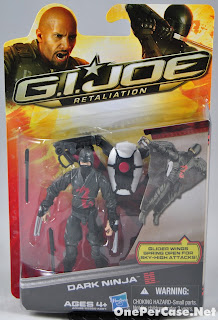 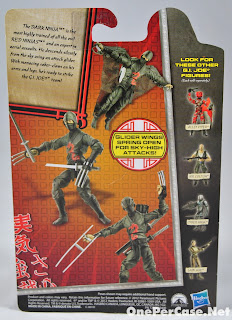 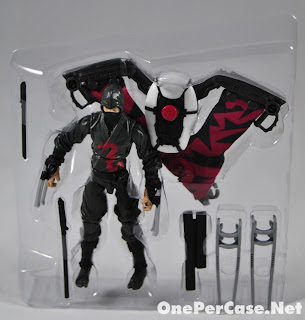 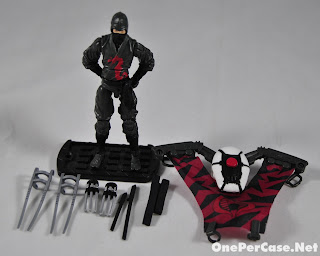 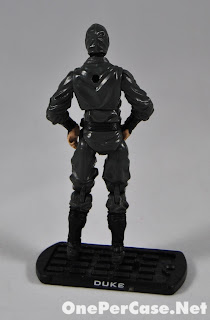 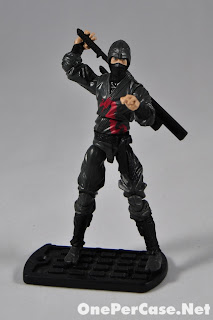 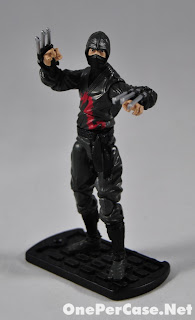 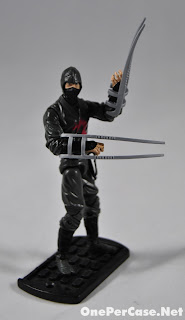 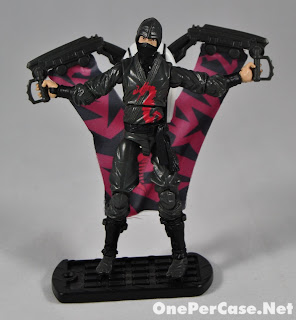 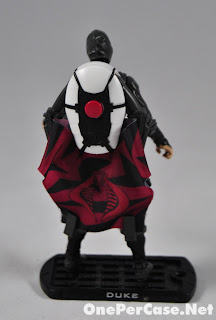 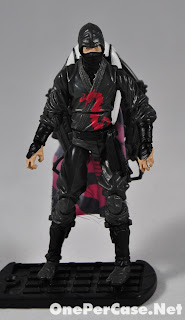 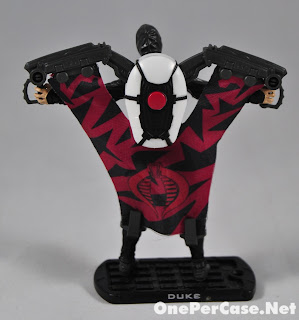 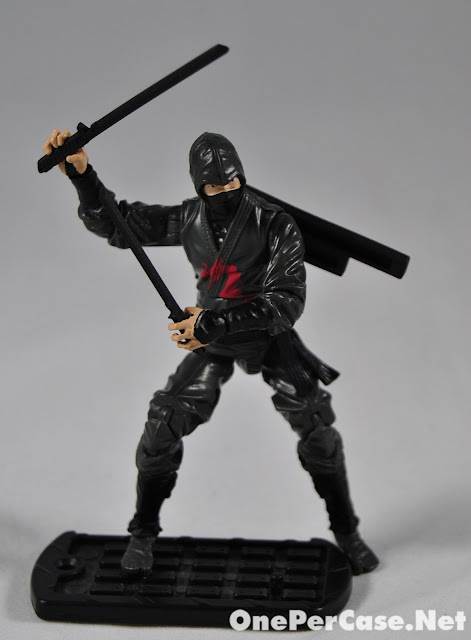 Words and pics by Jason
Posted by Unknown at 8:30 AM