Batgirl!  Finally I found you!  Once again Doug relayed information and know I have you.  What a freaking gem!  I dare say I like her better than the Hawkman from DC Unlimited.  But who wouldn't pick Barbara over Carter...

The packaging is much like DC Unlimited.  Sharp with fantastic art from the comic that Batgirl was reintroduced into the DCnU.  I agree with Zak.  The DC/Batman Unlimited packaging is far superior when compared to DC Universe Classics. 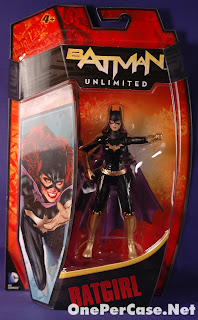 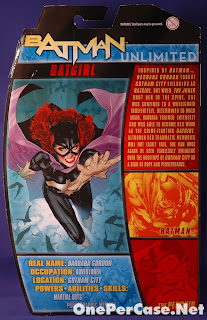 There is a lot of room in the bubble to include some C and C parts!  C'mon Mattel.  Bring it back! 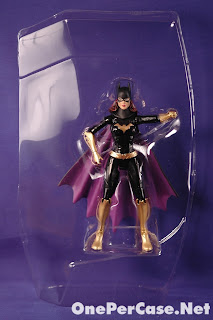 All of Batgirl is newly tooled.  Her head looks to be based on the same sculpt as the previous Batgirl with some minor changes and strangely it is slightly bigger.  (A thank you to reader our Black Arbor who prompted me to go back and study the heads.  At first glance they seem identical.)  The hair pattern is exactly the same, but it seems to have a little less detail.  The eye holes are also slightly different.  The armor detail is great.  Sculpted Bat symbols are fantastic!  The paint is sharp and shiny.  So shiny.   A sculpted belt!  The articulation is fairly standard with the addition of another joint hidden by the top of the boot.  I would have like an accessory or two and a little more thought into the hands.  The right can't really hold any previous batarang well and the left is closed tight.  A minor annoyance. 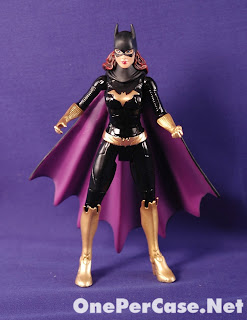 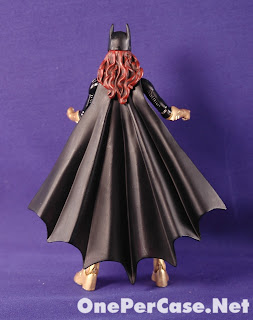 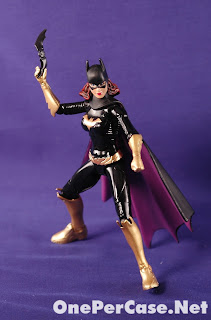 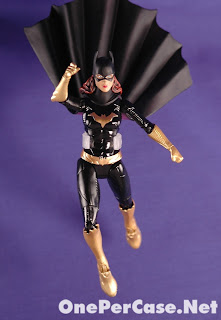 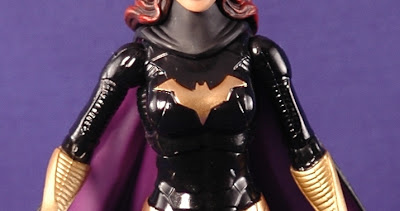 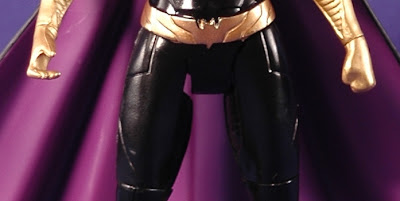 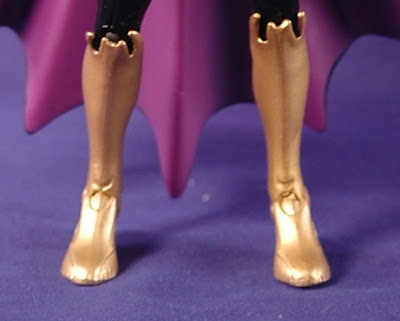 Previous Batgirls! (One DCD thrown in for good measure) 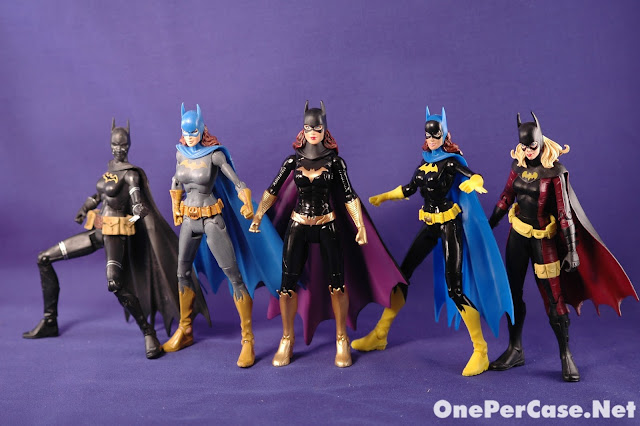 Even though this Batman was released in the DC Universe Classics All-Stars, the metallic paint on the wave one DC Unlimited Batman makes him a must have! 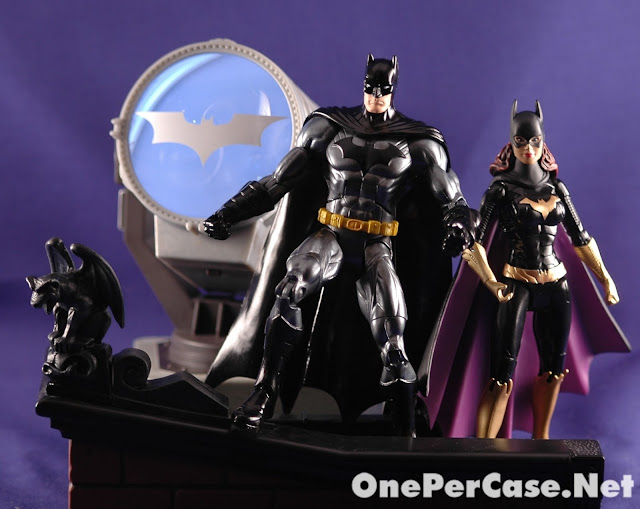 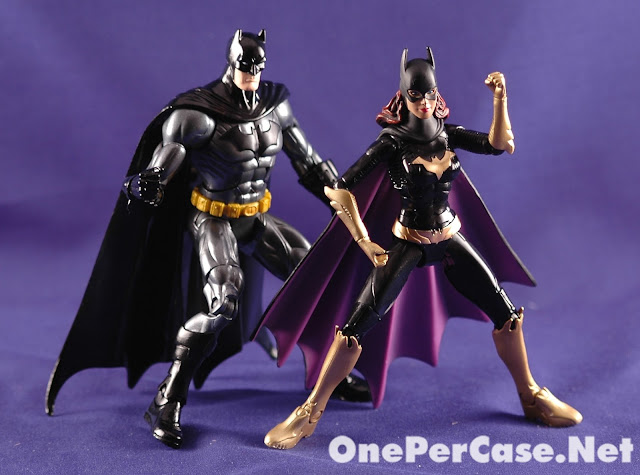 Pics and words by Jason
Posted by Jason Albrecht at 8:00 AM