Hasbro has officially announced the cancellation of their planned 2013 kick-off "Droid Factory" collection. We were shown a good amount of figures last year, but the word on the streets is that these figures will be shifted to a (as yet unannounced) line and coming later in the year. Expect to hear more news at Toy Fair. Read on for the official statement. 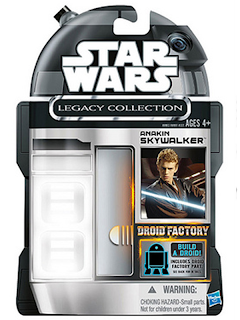 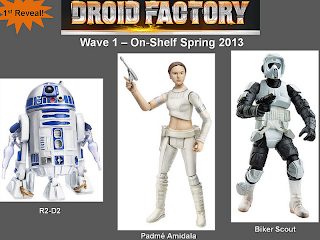 The Droid Factory line which was slated for spring 2013 has been cancelled. We were very excited about this line at its inception and wanted to give fans an early sneak peek when we unveiled it at Star Wars Celebration this past summer. Unfortunately since then, through the course of development, we realized that the price would have to be increased and we felt that the value we were adding with the droid parts was no longer substantiated.

As a result, we have decided to rework our 3.75” figure program to create a line that is on-par with the quality and pricing of the Vintage Collection. Many of the figures intended for the Droid Factory will become available in this new line in the fall. We’ll be able to share more news on this at Toy Fair.

We also recognize that there were many hard-to-find Vintage Collection figures in 2012. So, as we shared last December, we will re-release many of these figures this spring before the Vintage Collection goes on hiatus, making way for some of the most exciting new initiatives for SW collectors in years.

Thank you for your continued support and enthusiasm.

The Hasbro Star Wars Team
Posted by Brett X at 9:50 AM