As you may have seen, there are some people around One Per Case who think very highly of NECA toys. Well imagine my joy when I go to my local Toys R Us and finally see the Robocop with Spring Loaded Holster, not just the glow-in-the-dark Robocop that’s been hanging out for weeks. So now that he’s home and on my shelf, how does he stack up? Read on to find out!

The packaging isn’t spectacular, but it’s good and it gets the job done. You get Robocop packed in a clamshell case, which of course means you get that delicious/noxious toy odor when you crack into it. The design is fairly basic, but looks like something straight out of Old Detroit. 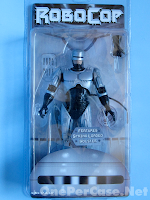 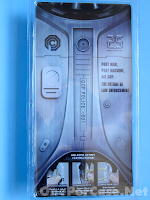 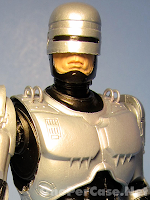 Straight out of the package, the cop formerly known as Murphy is a fairly imposing figure, as he should be. The larger scale helps him to look a bit more menacing. Overall, the sculpting features a good bit of detail. The paint is extremely well applied, and the colors, while limited, are screen accurate. The overall detailing on the body is also well-done and give a good impression of the cyborg we all know and love. 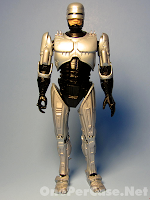 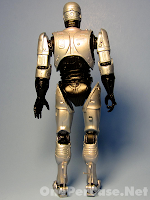 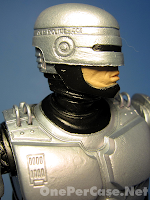 The head features a lot of great detail, specifically with the inclusion of the serial number on the side of the helmet. Little details like this often get overlooked. My personal favorite is the nostrils peeking out from the bottom of the helmet. Again, another little detail that could have easily been overlooked. 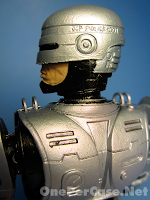 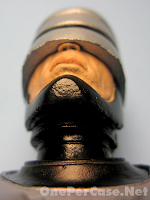 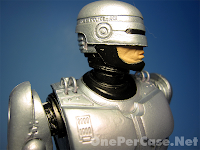 Accessories. Two. Of course, he’s got his modified “service revolver” so he can rack up some points out at the shooting range. Not overly detailed, but it certainly looks like he could twirl it around before holstering it. The other accessory, the alternate hand featuring his data interface spike. Can I just say, great accessory! Whether your flipping someone off or stabbing someone in the neck, no robotic policeman is complete without his data interference spike. 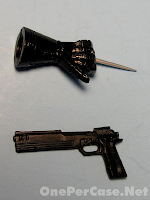 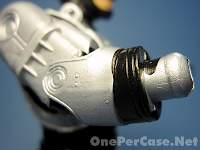 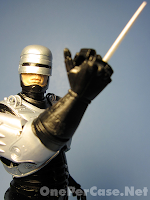 Now for the spring-loaded holster action feature. It’s a cool inclusion, although a little under-whelming. I suppose in my mind, I was hoping for something a little more smooth rather than a pop-up feature, although at this scale, I’d imagine that would be pretty difficult to achieve. On the plus side, it works well and allows the leg to retain articulation. On the minus side, it’s a little tough to shove the gun in there properly. Overall though, another great detail to include. 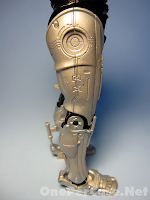 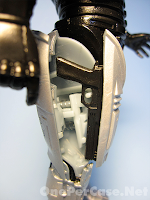 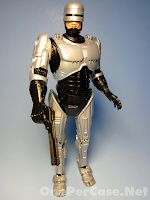 So how does he move? Well, Robocop has a good number of points of articulation. The head, torso and waist all move well. Personally, I feel the arms and legs are pretty limited on movement. Yes, Robocop is a fairly stiff superhero, but even for Robocop, the articulation is limited. For example, the limited range on the elbows makes it tough to get that data spike in a good “F You” pose. The leg articulation isn’t a huge deal, but I would like to see a better range of motion in the elbows and shoulders. 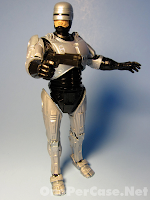 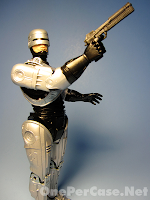 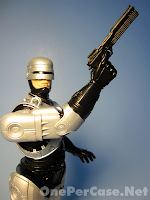 Overall, this is a well-made figure. My main complaint is the lack of movement in the arms, which I feel is a fairly big deal. Also, like many others, I would have loved to see this guy with a removable helmet, or perhaps an alternate helmetless head. Sure, I realize this would add some cost, but let’s face it, this is clearly aimed at collectors. I think the majority of toy collectors are fine with paying a few more dollars if it means the difference between a figure you really like and a figure you love. Am I wrong? He’s starting to show up in stores, and you can find him for pre-order online. Good figure, but should you pick him up? Your move, creep. 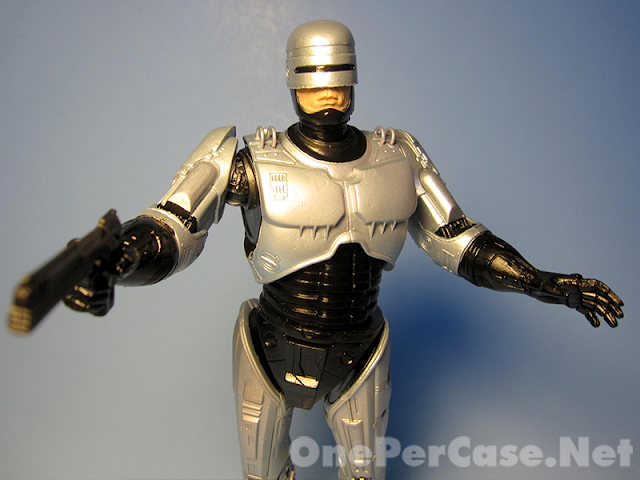