Sneaky sneaky Hasbro. You finally release an updated version of one of the few remaining most wanted army builders in the Star Wars line. Oh wait though, the Emperor’s Royal Guard, in all his rojo splendor, was only available as part of the final online exclusive wave. Well, as a result, this guy has shot up in price on the secondary market. Is he worth the cash to build a crew of these guys? Read the review to find out!

As of now, this is the last wave for the very collector friendly Star Wars Vintage Collection. Personally, I’ll be sad to see this go, particularly the packaging. Among other things, it’s minimal, meaning less space, waste, etc. which I always like. Some people have griped about the photo on the front not being the same as the 1983 ROTJ Emperor’s Royal Guard packaging. Is it the same? No. Is it a good picture? Yes. Packaging, approved. 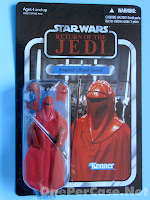 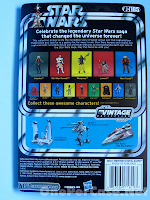 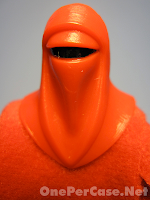 Busting into this guy, you meet a whole lot of red, with a head that vaguely looks like Obi-Wan Kenobi. I’m honestly not all the familiar with a lot of the EU, so it is entirely possible that the head sculpt is based on a character from the comics or other source material. Either way, it’s a nice looking sculpt, but chances are it’s going to be under a helmet anyways. 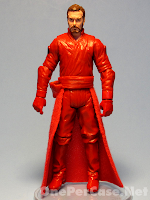 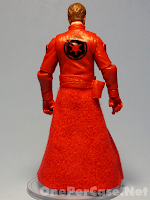 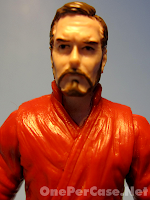 For a guy that’s more or less monochrome, Hasbro managed to pack in a decent amount of texturing on the sculpt to keep him from looking like he’s in his space-pajamas. The only accent comes from the black imperial insignias on the back and upper arms. They look nice, but once again, chances are good that most of these are going to be hidden under a big red bathrobe. 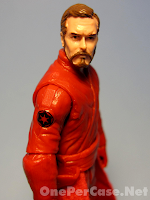 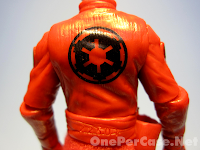 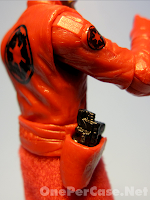 You want accessories? The Emperor’s Royal Guard’s got your accessories right here! No seriously, you get the robe, a force pike, a double-bladed staff, a collar, two helmets and a laser pistol. It’s enough to basically make 2-3 distinctly different looking characters. The Guard can grip his pistol, or it fits snuggly in the holster. The double-bladed staff fits well in both hands, and the Guard can wield it well. The collar, helmets and robe all fit fairly well, and can be added or removed with ease. The force pike, well, he can grip it firmly enough, but it looks a little awkward. Also, despite a little extra plastic casing, mine came out of the package fairly warped, which makes it look funky. I straightened it out as best as I could, but it’s still a little curvy. 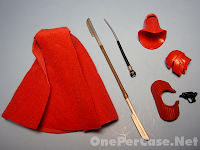 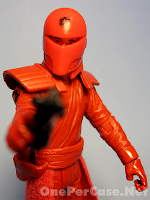 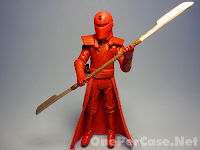 Articulation is decent. Like most of the Star Wars Vintage Collection, the Royal Guard is pretty packed with movement. The one main problem I had with movement came in the swivel hips. A guy with a staff could really benefit from ball-jointed hips. Other than that, he’s pretty much good to go. 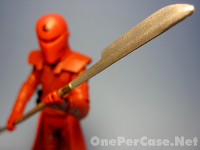 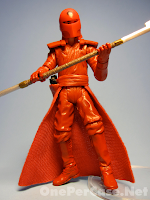 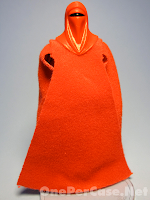 I can’t get through the review without mentioning the robe, aka the Imperial Snuggie. Or is it a slanket? Either way, it is what it is. Not as bad as I feared, but not as good as I hoped. It’s a bit “poofy”, for lack of a better word. The slits allow the arms to poke out, which is ok, and the designs allows you to try to tuck in some of the extra fabric, but the bottom line is this. The 1983 figure still has the best Royal Guard robe around. 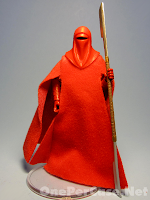 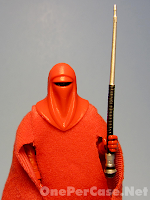 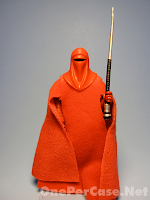 Overall this is a nice figure, and I’m glad to have one. If you were lucky, you were able to grab this guy on his own from Amazon for around $13, or you got him as part of the case (making him around $10). Otherwise, you’re stuck with the secondary market, and you’re going to be paying double that. He fits in well with the other Imperials, so try to grab at least one if you can. 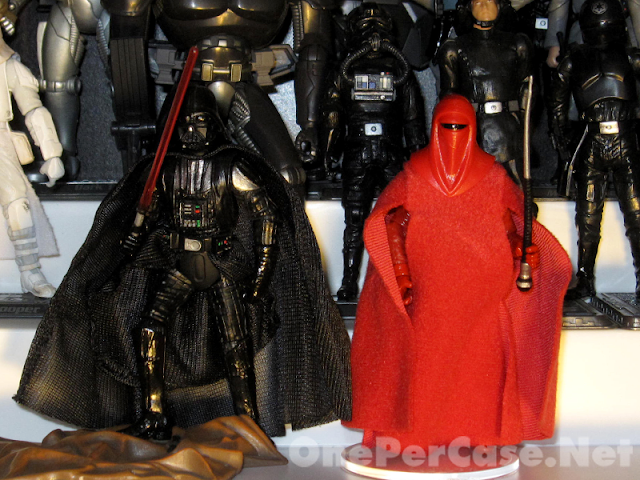