DC Unlimited is finally hitting retail.  We've already reviewed The Flash and The Savage Hawkman, so now we look at the least exciting figure in the wave, sparkly Superman.

Jason basically already reviewed this figure when it came out in the DCUC All-Stars wave, so I'm not going to go super in depth.  This DC Unlimited release is just a repaint of that same figure, with what originally looked like a metallic paint job in early photos.  It's actually not very metallic.  It's more... sparkly.  I'm not sure how I feel about it. 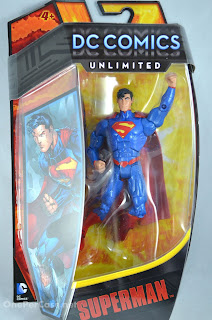 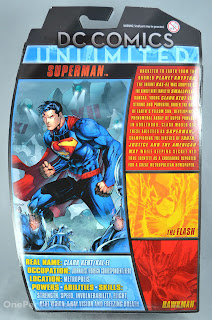 The packaging is the newer style DC Unlimited line look.  I like it better than DCUC.  Nice artwork.  Cool design.  Unfortunately, though, it warped Superman's right leg at the knee.  So now he has gimpy leg syndrome.

The body sculpt is nice, but a little barrel chested.  And I'm not crazy about the face sculpt.  But it has the sculpted-in costume panel lines and raised "S" logo, belt, and boots, so it's more interesting than your standard DCUC buck. 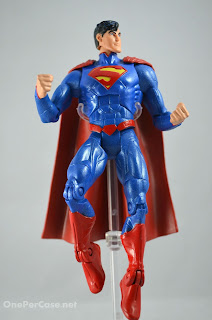 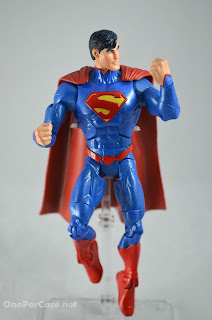 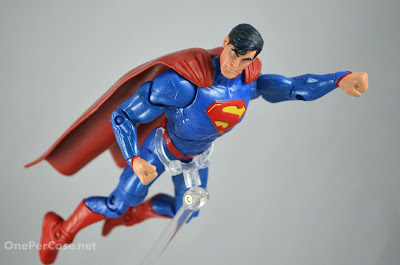 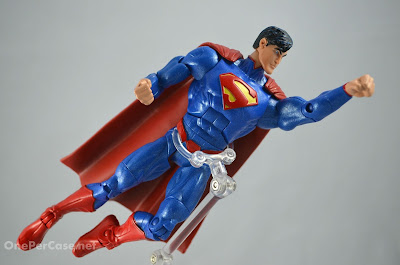 Articulation is standard for this line.  Decent, but not spectacular.  Supes really, really needs some rocker ankles and double jointed elbows and knees.  He includes no accessories, which is probably a good thing, since he can't hold anything anyway.  Two fists.  Appropriate for Superman, but I would like at least one swapable gripping hand. 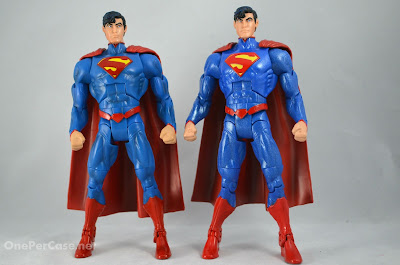 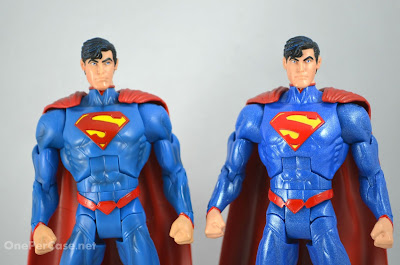 If you didn't get the All Stars release, and like the New 52 designs, this one is worth picking up.  But the All Stars version looks a little better, since it's not sparkly.  So I'd really recommend picking that one up instead.  Unless you like sparkly super heroes.  In which case, go you.  Sadly, this figure is packed three per case, while Flash is two per case, and Hawkman, the star of the wave, is only one per case.  This figure isn't bad, but if you have the original release, it's an easy pass.  Purchase at your own discretion. 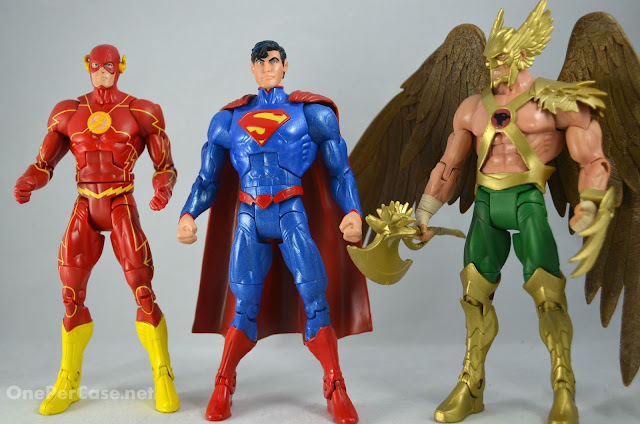