I'm starting a new segment here on One Per Case.  It's called "Check Out This Junk".  In other words, it's an excuse for me to rant about how crappy some toys are getting.  And today's subject is the recently revealed Iron Man 3 "Assemblers" figures from Hasbro.  WTF.  I'm totally going to start referring to them as the "ass figures" for short.

So, Hasbro sent out a press release yesterday with high-res photos of the ass figures that were first officially announced in USA Today on Friday.  The high-res shots let us see in even greater detail how lame these figures look.  It's like Hasbro is now trying to compete with Mattel for who can make the worst 3&3/4" super hero figures.  These actually look like Happy Meal toys.  We thought last year's backwards step in articulation with the Avengers figures was bad, but this move takes us a whole 30 years back.  To when action figures only had five points of articulation.  Whiskey.  Tango.  Foxtrot.  5 POA.  Are you freaking kidding me? 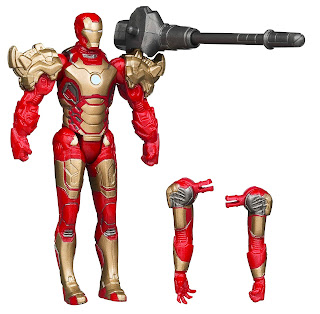 So, obviously these weren't designed for adult collectors.  These are kids toys.  Though honestly, I don't even think many kids will be interested in these (my 11 year old daughter, who loves all the Avengers figures I gave her last year, said these look terrible).  So what's the big deal? 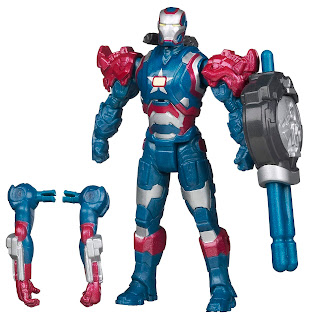 The big deal is, this just highlights a growing problem from Hasbro over the past couple years:  An overall huge decline in the quality of the product and what you the consumer get for your dollar.  These things will cost you $9.99.  Yup, that's right, the same price (or higher) than we were paying for far superior figures in the Iron Man 2 line just a couple short years ago. 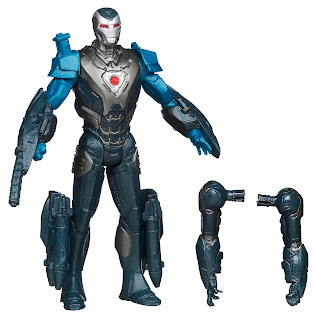 No less important, this also basically confirms the fact that the folks now in charge of 3.75" Marvel figures at Hasbro (the same folks in charge of Legends, who have made it very obvious in the past that they have no love for the 3.75" scale), after the unfortunate letting-go of David Vonner, have zero interest in catering to the adult collector market with figures in this scale.  This, after the up-and-down roller coaster of scale for the collectors figures in Hasbro's Marvel lines since they acquired ToyBiz several years ago and canned Legends, launched Universe, and then revived Legends, with Universe apparently now preparing to die a slow death.  What's a Marvel figure collector to do?  It's like our collections have schitzophrenia.  We can't just stick to one scale, or one standard for design quality.  And it's all pretty sad if you ask me.  I've enjoyed collecting quality Marvel figures in the 3.75" scale for the past 4 years.  It now seems that that time has come to an end. 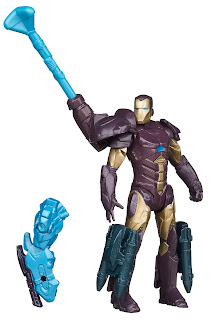 The Iron Man 2 line is one of my favorite action figure lines of all time.  Despite the over-abundance of initial waves making it near impossible to find later waves at retail, that line nailed almost everything else.  The designs were great, the articulation was great, the pack-ins and accessories were great, I had very few complaints with that line.  I was really hoping that the Iron Man 3 line would pick up where IM2 left off, with figures of the new characters and armors that would fit right in with the previous releases.  Unfortunately, it doesn't look like this will be the case. 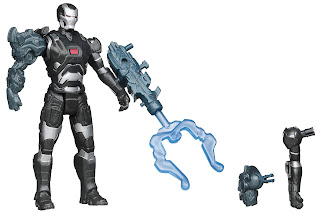 But why don't I just collect the six-inch figures?  I'd love to, and I do for the most part, but that line has very little character selection to choose from.  I'm still waiting for a ScarJo Widow.  Or any villains other than Loki.  And then there's the desire for consistent scale again.  I want my movie Avengers to be able to hang out next to comic versions of characters, or GI Joes, or other 3.75" figures.  I like having one big 3.75" universe.  But I don't like crap, and I won't pay for it. 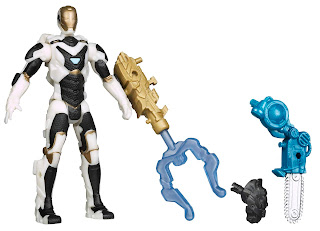 New York Toy Fair is in less than a month, right after these figures are due to hit retail.  Maybe Hasbro will surprise me and have good looking non-ass figures to show for Iron Man 3 there.  But I've learned lately to not put much hope in Hasbro, so I'm not getting my hopes up for that.  Instead, it looks like I'll be spending a lot less money on Hasbro's products this year.  If they don't want my money, I'm sure I can find a company with a better product, designed for me, the adult collector, that does.

Here's Hasbro's press release for these things.  Don't expect me to review them when they're released next month.  I won't waste my money or time.  Consider that my review.

(Approximate Retail Price: $9.99; Ages: 4 & up; Available: Spring 2013)
In 2013, kids and fans can recreate the excitement of the IRON MAN 3 film with the buildable ASSEMBLERS action figure line. Each figure features an Interchangeable Armor System, allowing one figure to create more than 25 armor combinations and allowing armor to be switched out between the 16 available figures in the line to create 100’s more combinations. Each figure sold separately.
Posted by Zak Sousa at 11:19 PM