The Best Movie Soundtrack of 2012

In a year that featured several memorable soundtracks, one stood heads (and Mjolnirs) above the competition.  Click on the break to learn OPC's top soundtrack of 2012.


Soundtracks make movies and television better.  It's a simple and indisputable fact.  From Star Wars to The Equalizer, soundtracks usually hide in the shadows, content to play accompaniment rather than lead.  It's hard to quantify the importance which scores play, but just imagine Superman without John Williams or Star Trek without Alexander Courage and later Jerry Goldsmith.

The year 2011 saw one of the most unique soundtracks in recent memory: Tron Legacy.  This year would have to do better to match the epic/electronica of Daft Punk.  Did 2012 rise to occasion?  To be clear, we define top soundtracks as anything from television or movies.  They can be purely organic scores using live performers, or feature electronica in some form. 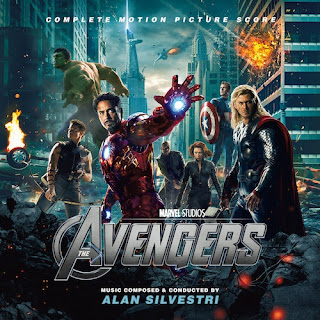 One of the truly great soundtracks of all time, The Avengers was as big and bold as the movie, aspiring to new heights with a collection of marches and other war-themed pieces.  The recurring theme is John Williams-esque, reappearing in some way through many of the tracks, but mixing well with Silvestri's Captain America: TFA melody.  There's also the tender guitar piece A Promise which demonstrates Silvestri's love for acoustic.  But it's the powerful concluding march The Avengers which perfectly complimented with Director Joss Whedon's end credits  It's a pairing that's as good as Episode IV's now classic opening, and represents the best in recent memory.  Here's a link to the score via Amazon:


The score was a departure for Composer Alan Silvestri, who's mostly known as an accompanying composer, content to make pieces that languish in the background.  Not surprisingly, his last good effort was the remake The Quick and the Dead.  Not this time: Silvestri concocted a brilliant soundtrack that should top everyone's list.  If not, they need their heads examined.

HONORABLE MENTION
Several very good soundtracks made our Honorable Mention list.  Here's who made the cut:

Although this soundtrack debuted in 2010, TF:P Season 2 uses much of Brian Tyler's large-sweeping epic.  This was my favorite from 2010, and it still sounds good today.  Tyler also composes for CBS's Hawaii Five-O, so it's no surprise how easily he fits into television.  The surprise here is his big, masterful pieces that compliment the story and voice actors. And all of this from an animated series from a small network!  This is one to take on a road trip - for now, check out these samples from Amazon:

Although we can give credit to Hans Z...er...I mean...Steve Jablonsky for creating the impressive movie music, Tyler takes his television score to another level, featuring choir voices alongside large orchestrated pieces.  In addition to TF:P End Title, there are terrific cues such as Optimus Prime Returns and RC On The Move.  Many people might point out that season 2 uses the exact same music from season 1.  My answer is, 'If it ain't broke, don'e fix it.'  Star Trek: TOS used the same score for every week, and it still stands the test of time. 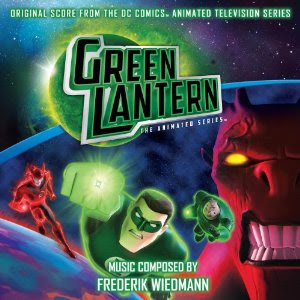 Again, there seems to be a movement to hire quality composers for television, something which excites those of us who demand the total experience from their series.  GL:AS rises to that challenge, offering a compelling 36-track score that will make you want to find a green ring and defend Sector 2814.  There's too many tracks to place here, but here's a link to samples via Amazon. 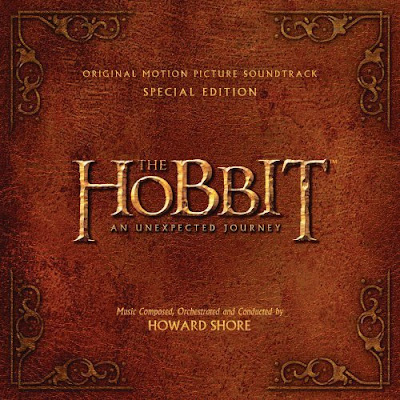 If the film was a bit underwhelming, the soundtrack wasn't a reason.  Shore returns to place his mark on the prequel with an effective set of cues.  It feels like a Lord of the Rings, but it's also something else, which is just as appealing.  Misty Mountains is as haunting as anything you'll hear - hopefully, Shore will delve into darker, simpler pieces like this one in future Hobbit movies.

With 26 tracks spread out over two discs, you'll forgive us if we only provide you the links via Amazon. 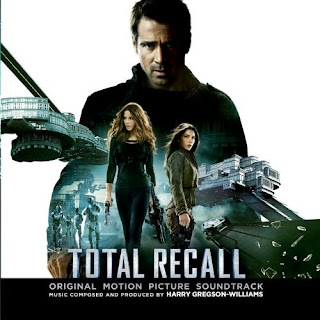 While many poo-pooed about this remake that I acutally loved, the score is a fitting compliment that takes nothing away from Jerry Goldsmith's original classic.  The score is composed by Harry Gregson-Williams.

The group Hybrid assist Williams here, producing an entirely new beast.  Cues like The Tripping Den work nicely alongside Williams trademark electronica sound on The Scar On Your Hand.  Total Recall is not a brilliant piece, but listen to it a few times and it will grow on you.  Sadly, no links are available.

Got a favorite soundtrack from 2012, or do you have a top 10 list of all time?  Share it in our comments section!
Posted by Matt Cummings at 10:52 AM