Next up in the pile of awesome NECA figures that I haven’t had enough time to review lately, the second figure from Prometheus Series 1, the Pressure Suit Engineer. Is he as awesome as his longer-snouted counterpart? Click past the jump for more. 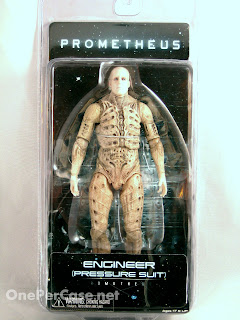 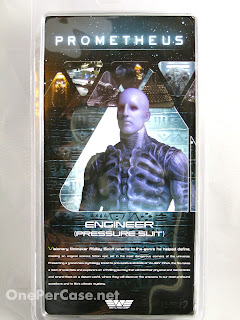 Like the Chair Suit Engineer, the Pressure Suit Engineer’s packaging is pretty simple. Blackness of Space, field of stars, Prometheus logo. The back has the film's synopsis.  Not even a character bio.  This appeals to the minimalist in me. These guys look pretty nice in the package, but they beg to be awoken from their cryo-sleep and set free to wreak havoc on your shelves. 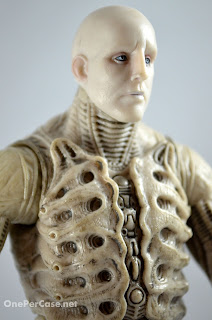 Also like the Chair Suit Dude, this guy has an absolutely awesome sculpt. There is so much attention to detail, it’s almost unreal. All of the little spines and ridges in the bio-mechanical suit are outstanding. NECA has once again outdone themselves with this line.

And again like the Chair Suit Dude, the deco is pretty simple, but doesn’t need to be anything more than it is. The figure is molded in an off-white plastic and given a dark wash throughout the suit to bring out all the detail. The bare “skin” of the head and lower arms is a clean, almost translucent white, and looks extremely close to the Engineer’s pasty flesh tone in the film.  NECA has been employing a technique in some of their human figures called "intrisic plastic" that recreates extremely life-like skin tone without the use of paint, and I'm pretty sure this is what we're seeing on this Engineer as well, albeit not human skin tone.  The eyes are the most colorful part of the figure, and are nicely detailed and sufficiently eerie.  This guy looks like he just stepped off the screen. 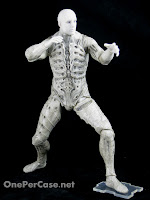 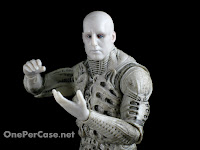 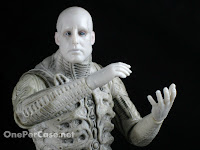 The articulation also doesn’t disappoint. Ball hinges at the shoulders, elbows, hips and knees, and ball joints at the neck, chest, wrists and ankles.  He is sufficiently poseable. 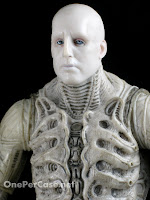 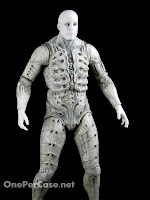 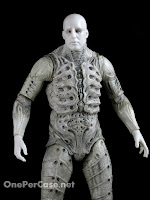 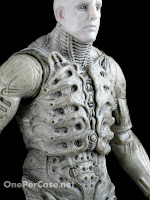 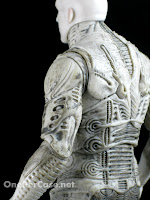 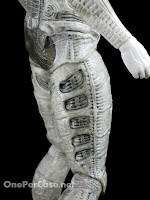 So while this figure isn’t quite as iconic as the Space Jockey/Chair Suit Engineer, he is a more familiar representation of the Engineers in Prometheus, and should be the basis for any collection of this movie line. If you’re a fan of NECA’s work and/or the Ridley Scott sci-fi universe, this figure is a must-own. He is currently available at Toys R Us, BBTS, and anywhere else that is cool enough to carry NECA products. 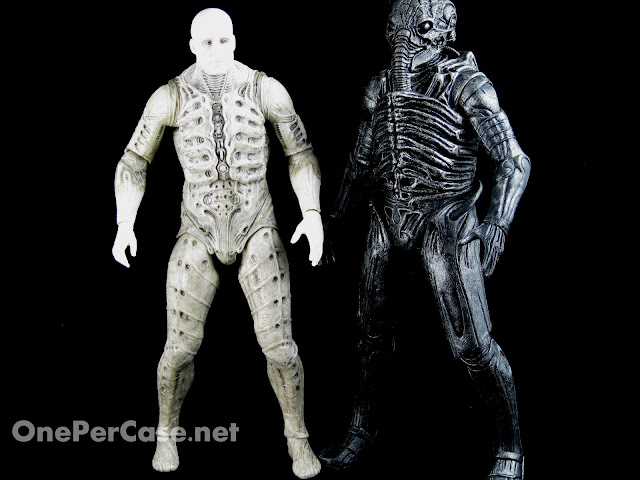