You can’t have a figure of the one hero from one of the summer’s biggest movies without also having the one villain figure for him to fight. Today we look at Hasbro’s version of the Lizard from their Walmart exclusive 6-inch line. How does he compare to other versions?


This version of the Lizard, as portrayed by Rhys Ifans, was pretty controversial with fans, due to his design departure from the classic comic book version of the fan favorite villain. Namely, he lacked a snout and a lab coat. The lab coat actually had a brief cameo in the movie, but I wasn’t too bothered by these changes to the character. I actually though it was a great realistic interpretation of the character. And despite my initial distaste for this figure, I’m finding that I like it just as much as Ifan’s portrayal of the scaly green monster. 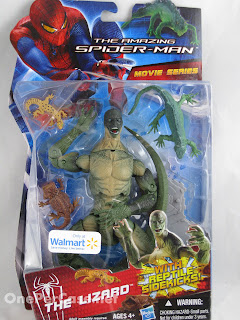 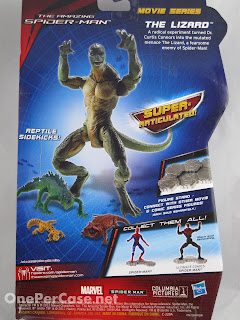 The packaging is mostly the same as the other figures in this line, except for one interesting difference. The top of the card includes a lizard in the design, which changes the silhouette of the card and makes it easier to pick out on the pegs when stuffed behind the plethora of Spideys. I thought that was kinda cool. But the figure itself doesn’t look that great in the package, being posed in an awkward position to make the best use of space in the bubble. I can forgive Hasbro for that, since they’re not using extra plastic just for the sake of posing the figure, and also because I don’t care about keeping figures mint on card. 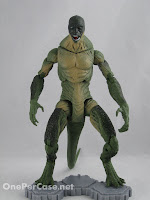 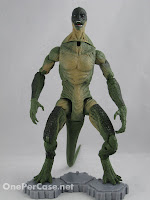 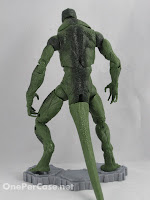 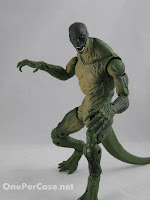 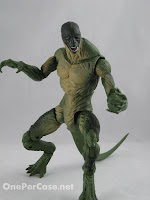 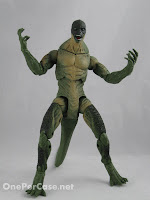 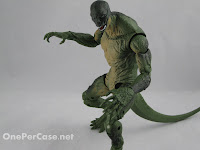 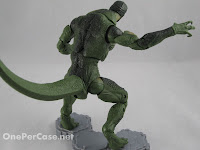 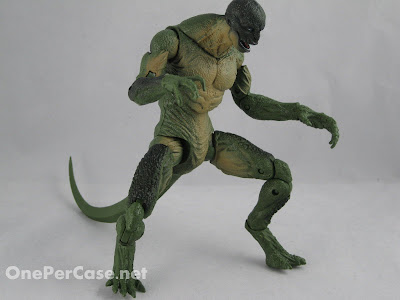 The figure, as I mentioned, didn’t originally impress me. I think it was mostly the really awkward looking neck articulation, with the whole neck and traps swiveling back and forth over the torso. This seems like a really odd design choice. And Hasbro’s posing of the figure at SDCC and in the package certainly didn’t help this perception. But having the figure in-hand and posing the neck myself in a forward position, giving the Lizard his hunched forward appearance, I actually think it looks ok. You’ve got the option of letting him look “up” by posing the neck back, but if you leave him hunched forward, he doesn’t look bad. The sculpt on this figure is actually pretty good, with lots of detailed scaly texture all over. 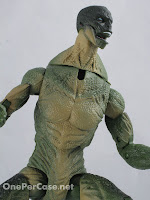 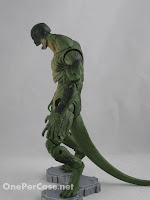 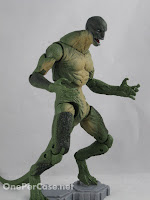 In addition to the goofy neck, the rest of the articulation is pretty good as well. We’ve got a ball jointed head, torso and tail, ball hinged shoulders, elbows, hips, knees, and ankles, and swivels at the wrists. This figure is more articulated than the Marvel Select version, and thus can be put into many more Lizard-y poses. 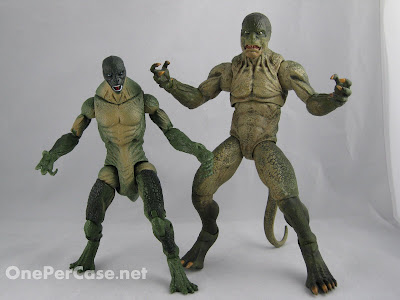 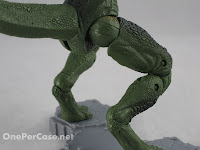 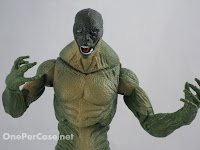 Speaking of the Marvel Select version, this one doesn’t have quite as nice of a paint job as that one. The figure is molded entirely in dark green plastic with some tan paint in places to give texture. There just isn’t a lot of detail in the deco. It’s not bad, but it’s not great.  The most peculiar issue is the abrupt transition from the hips to the thighs, and the shoulders to the biceps.  I would've liked better blending here, and a wash/dry-brushing (like on the Select) would've done a great job of better highlighting the details of the sculpt. 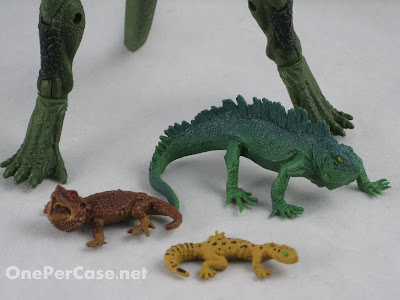 Unlike the Select, though, this guy includes accessories. We’ve got a connect-y stand, which Hasbro seems to be including with all Marvel Legends-scale figures these days, and three different lizards that I don’t know what to make of. They don’t do anything, they’re too big to be in scale with the figures, they don’t resemble the lizards in the movie, but they’re still pretty cool. Maybe that’s just because I’m a guy and I like lizards. And some accessories, no matter how useless, is still better than no accessories. 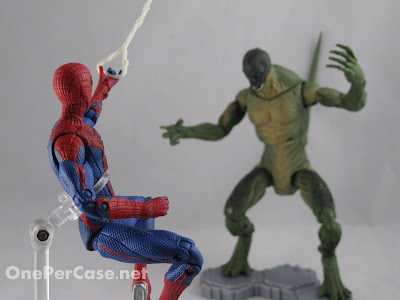 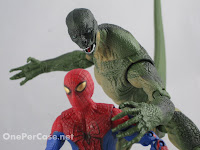 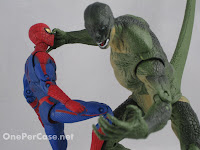 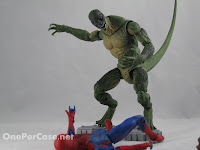 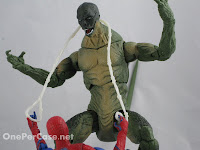 So over all, this figure is pretty good. The sculpt and the paint on the Select version are obviously better, but this guy is better scaled for the Hasbro Spidey figures, and his articulation and accessories are superior. Buy him if you’re going to buy a Hasbro movie Spidey, but skip him if you’re going with a Select Spidey instead. This figure can be easily found at most Walmart stores and on Walmart.com. 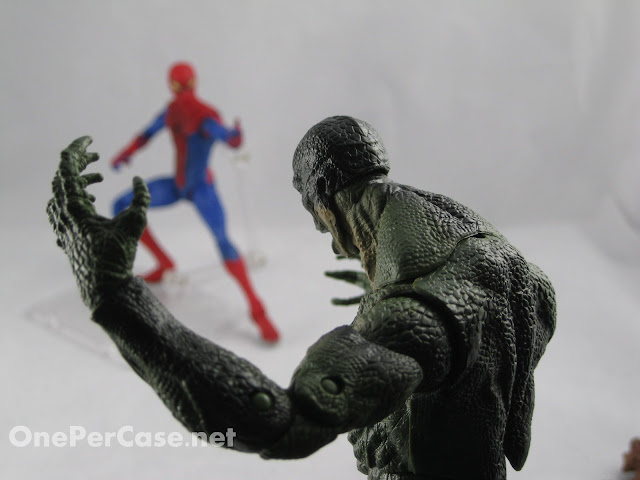