What’s going on with the Marvel Universe line right now? Hard to say. The single carded waves seem to be arriving out of order, or at least out of the order we’ve been presented with by Hasbro. In the meantime, we’ve got another set of repack/repaint comic books to keep us distracted. Captain America and Marvel’s Falcon, in all of their 70s glory. The bottom line is that it’s a second version of Falcon and about the 4077th version of Captain America, so is this worth your hard earned coinage? Read on to find out! 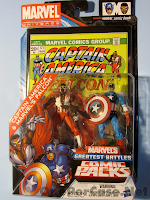 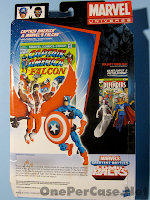 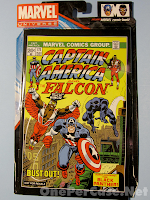 If you follow OnePerCase on a semi-regular basis, you may have noticed my affinity for Bronze and Silver Age Marvel characterdesigns. This time around, we get Captain America and Falcon, old school style. The packaging is standard for Marvel Universe (and other Hasbro comic pack). Nice, but nothing new that’s going to blow you away. When I saw the comic cover, I thought to myself, “hey, wouldn’t it have been nice to get another Black Panther instead of another Captain America?” Begin mini Hasbro rant. 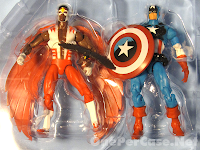 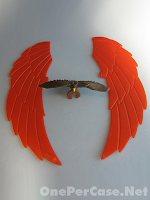 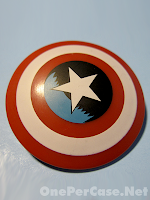 Sure, we’ve got a couple of Black Panthers, but we’ve Well, Hasbro still continues to operate under the (quite possibly mistaken) presumption that the Marvel Universe line is driven by children, not collectors, and that kids (and those buying for kids) would rather buy a Captain America than a Black Panther. Here’s the flaw in that logic. If a kid likes Marvel toys, what are the odds that he/she doesn’t already have a Captain America? Kids and parents don’t like wasting money on a figure they already have any more than collectors do. Secondly, what kid is going to want characters from the 70s anyways? Ok, I’ve said my piece, end rant. 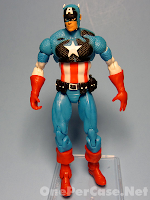 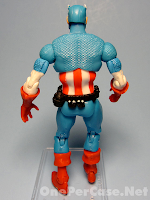 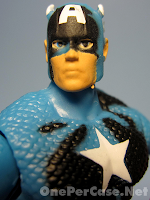 I’ll start out with the Captain America. I’m not going to spend a lot of time on this figure, as you can lump him in to the “just another Cap for the pile” category. If you’re confused on the coloring on comic figures, Warsaw Wonder on rebelscum.com had a great explanation. 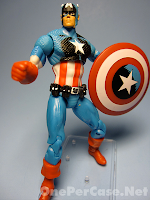 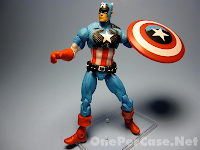 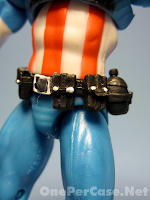 The one thing that stands out is the shield. While the comic coloring looks a bit odd on the figure on its own (is Cap’s mask in blackface??) the blue actually looks pretty slick on the shield to the point of making the figure look decent with the shield in hand. The belt’s not bad either. Beyond that, the figure is pretty lame on its own, but decent if you’re going to display him with 70s Falcon. 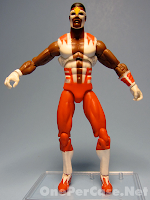 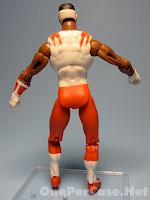 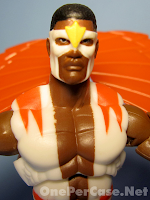 So that brings us to Marvel’s Falcon. As with the single carded figure, he apparently has to be “Marvel’s” Falcon so you don’t confuse him with other Falcons. Check out that sweet plunging neckline. Oh Sam Wilson, you handsome man. Rumor has it that Falcon will be featured in the CaptainAmerica movie sequel, so be sure to familiarize yourself with the character if you don’t know him. 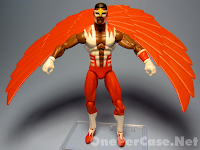 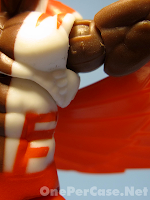 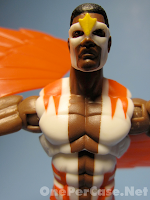 Overall, not a bad rendition, but not without flaws. The head sculpt and paint is essentially the same as the previous version. His neck doesn’t crane out this time around, which I take as a plus. Beyond the uniform differences, his wings are solid, and Redwing (his falcon) is brown. Overall, he looks nice and provides a good representation of Falcon as he appeared in the 70s. 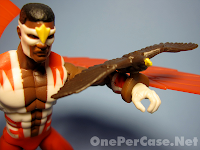 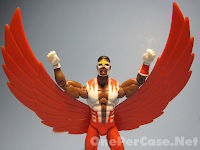 The main complaint I have on this figure comes with the lack of integration between sculpt and articulation. The muscles in his armpits are a part of the torso piece, and they severely impede the ability of his arms to hang down at his side. To me, “neutral” is about the most basic pose, and if you can’t pose a figure in a natural looking relaxed pose, he’s got a fault. True, his arms reach to the sky well, and his wingspan is quite impressive, but I still like my heroes to be able to take a break every now and then. 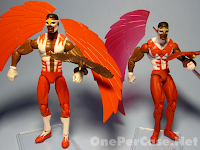 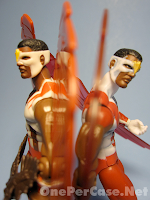 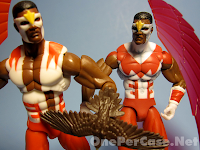 What this pack boils down to is two figures that you’ve already had a chance to buy (or, in Captain America’s case, many chances). Unless you’re a fellow fan of the “classic” Marvel costumes, there’s not going to be much to interest you in this pack. These are just starting to hit stores now, and I don’t foresee them flying off the shelves. Unless that classic Falcon really appeals to you, feel free to pass on this one. 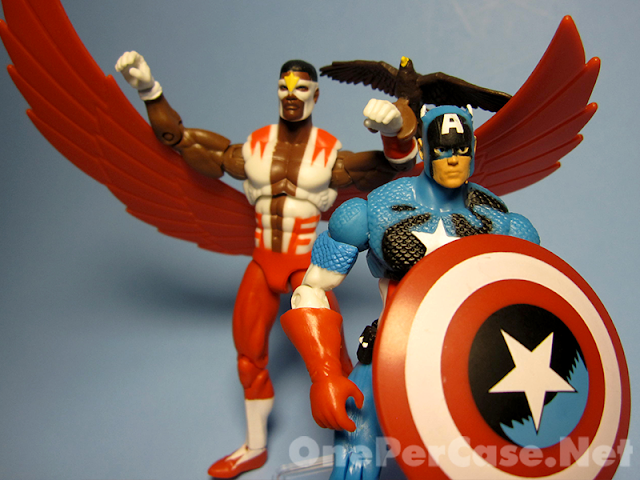