In case you haven't checked BBTS in the past 48 hours, here's a heads up on some new pre-orders, including the missing Marvel Universe Wave 20, and update on the Marvel Universe Team Packs, and the reveal of the third wave of Mattel's new DC Unlimited line.  That's more super hero figure news then we've had in a while.  Details and links after the jump.

So Wave 21 of Marvel Universe is actually starting to hit retail in the US now, and Wave 20 is finally now available for pre-order.  For those that may not remember, this wave includes Hercules, Puck, Nova, Nighthawk, and Angel (with supposed red and blue costume variants).  Unfortunately, the case breakdown on this wave sucks.  You can pre-order the case here, or the set here, and these are due in the first quarter of 2013. 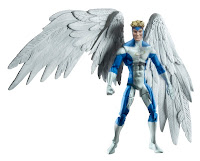 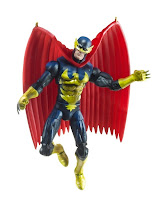 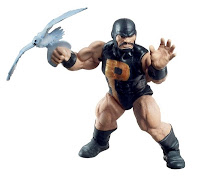 Next up, BBTS has updated the listing for the fifth wave of Marvel Universe Team Packs.  When this listing went live a few weeks ago, it revealed the existence of a West Coast Avengers set, and also included the previously seen Inhumans set and something with a placeholder name of "Super Team 3".  We now know that the place holder was actually for the Uncanny X-Men set revealed at SDCC, which includes Longshot, Wolverine, Rogue and X-Baby Cyclops.  The West Coast Avengers set has now been revealed to include War Machine, Hawkeye, and Mockingbird!  No photos of these yet, unfortunately.  You can order the set of three or the case of four here.

And finally, we have a listing for the third wave of Mattel's revamped DC Unlimited line, which doesn't seem to be breaking the trend of the first two waves and includes strictly New 52 and Injustice versions of characters.  This time, we get New 52 Aquaman, New 52 Darkseid, Injustice Superman, and Injustice Joker.  No pics of these yet, either.  That set of four is available here.