Marvel Legends is back and still going strong. Captain America is a Marvel classic. So how do you make something timeless even better? Dress them in black! Just ask Batman. To the untrained eye, U.S. Agent is basically a black costumed version of the Cap. To the trained eye… well, there are some other slight costume variations. Now he’s showing up at local retailers in the larger scale Marvel Legends line. How did he turn out? Read the review to find out. 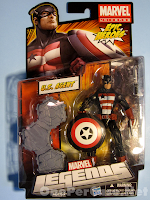 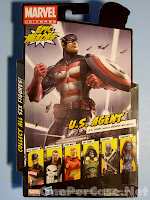 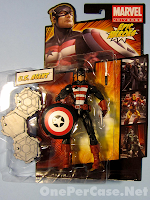 As you may have read before, I’m quite happy with the packaging design on the new Marvel Legends. Great choice on artwork, design that looks like it popped out of the pages of Marvel and all around nicely done. The back gives you the usual “here’s the other figures from the wave”, but looks like no build a figure this time around. 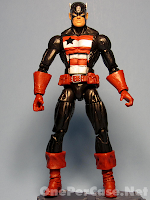 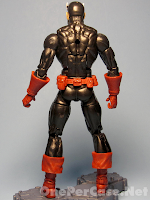 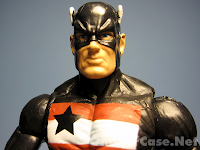 The sculpt isn’t overly fancy, but it gets the job done. Believe it or not, U.S. Agent appears to borrow heavily from the Captain America sculpt. The gloves, boots and belt all feature a nice amount of detail. The coloring turned out well, being mostly black and the muted red. This particular figure did suffer from some quality control issues. Paint apps on the wings are a little sloppy, there was a paint dot on the top of the head, and there were a few odd spots (most noticeably on the back of the head) with what look like some plastic drips. 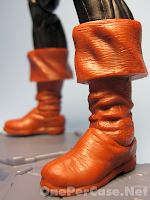 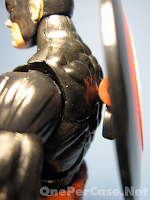 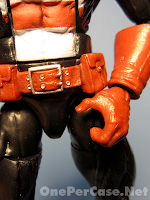 The articulation here is pretty standard for the Marvel Legends line, and gives you everything you could really hope for. He can hold a number of nice looking action poses, relax well, and he also looks good reaching for the shield off of his back. For a character who relies heavily on a shield, that’s important. To me, it’s up there with a figure being able to hold his/her weapons, so chalk that up as a win on this figure. Well, sort of, keep reading. 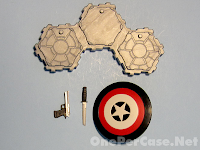 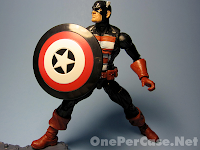 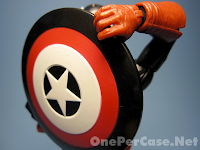 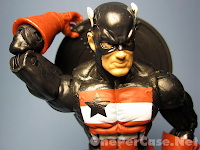 As far as accessories, U.S. Agent has got a stand, his shield, a handgun and a knife. The shield can pop in a peg on his back, or clips fairly well on the gloves. Good looking accessories, but they fall short in a few ways. First off, the sculpt on the left hand means he’s unable to hold his gun or knife in that hand in any meaningful way. You can rest either one in the left hand, but look at him funny and he’ll disarm without a second thought. This ties in to my second compliant. I’m all for more accessories, but a holster or sheathe would have been a big help here. With only three accessories, he should be able to “hold” all three at once. You can use the left hand for the shield, but then the right hand can hold either the pistol or knife, but obviously not both. It would have been great to have somewhere to put the knife and/or pistol when not in use. 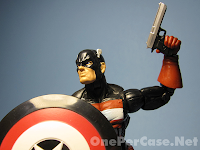 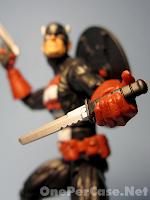 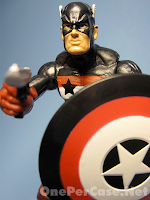 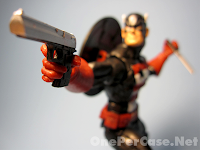 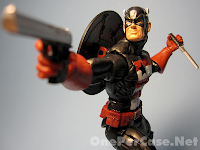 One interesting costume difference pops out when you compare this figure to his 3 ¾” counterpart. The U.S. Agent from the Captain America 3 ¾” line has white on his sleeves, while the Marvel Legends version does not. After doing some quick research, it seems that U.S. Agent shows up in comics both ways, so it’s hard to say that one is more correct than the other. 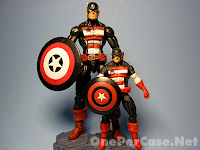 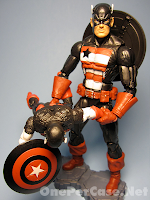 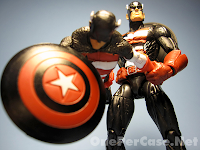 The bottom line is that Marvel Legends is zooming past the $15 price point, so is this guy worth the money? If you’re collecting this line, then the cost obviously isn’t bothering you too much. U.S. Agent should make you a happy shopper, but make sure to look him over for paint app and other potential issues. You’d like to think that for the price you’re paying, it shouldn’t be such a widespread problem, but as anyone who collects other Hasbro Marvel lines can tell you, look before you buy.