Next up from NECA's sixth series of Predator figures, another of the final members of the Lost Tribe, the Warrior Predator, also known as the Ram.  Normally, I'd say something here like, "is he worth getting?" to entice you to click the "read more" link.  But come on.  If you're collecting any of the Lost Tribe, you're collecting all of them.  You already know this guy is worth tracking down.  Just click the link and enjoy the pretty pictures anyway, ok? 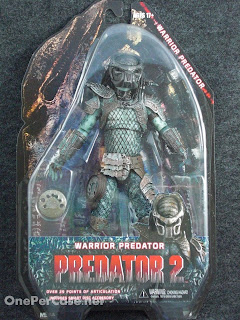 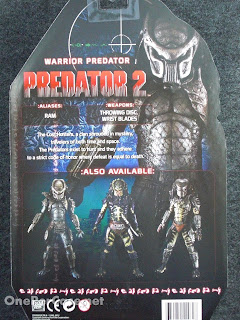 Packaging here is the same as the rest of the tribe.  It's got a photo of Warrior Predator, but the same old generic bio.  Boo.  But everything else is awesome.  Hooray! 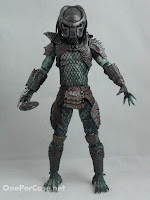 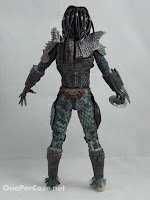 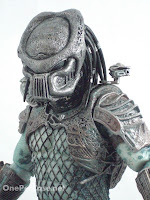 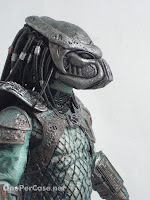 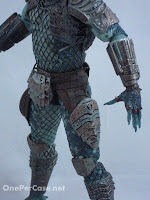 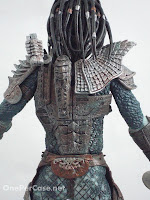 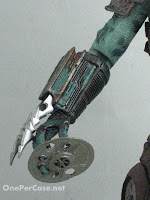 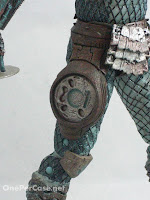 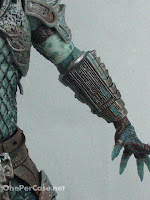 This figure uses the same buck as the rest of the tribe, and even the same armor as several others (City Hunter, Guardian, Scout), so there's really not much new to discuss in this category, but the sculpt, and high level of articulation, is still nothing short of impressive.  The head is the one new piece of tooling on this figure, and it's more than enough to make this guy feel all-new.  Check out the detail in that mask.  The Yautja writing up the left side of the forehead, along with the detailed texture and the unique facial design all give this guy a lot of character. 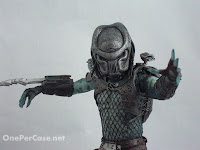 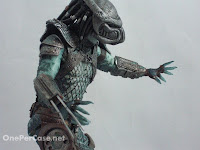 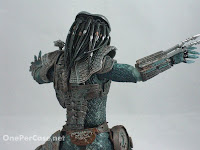 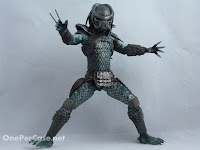 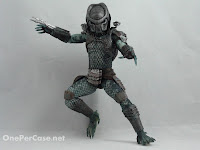 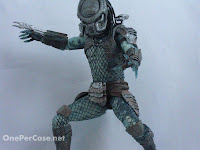 The unique paint job also contributes to the feeling of newness on this figure.  He's the only bluish colored Predator I've ever seen, so he had a distinct look despite being a re-used body and armor.  The detail in the paint is great, blending from darker blue/turquoise to a lighter blue-grey, and lots of subtle detail dry-brushed on the armor and mask.  Even the metallic bands on the dreadlocks are impressive because they vary in color from gold to silver on each individual lock. 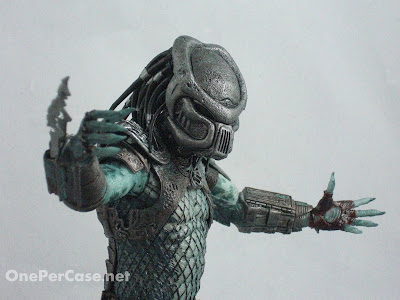 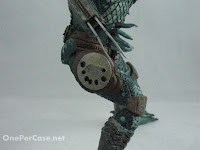 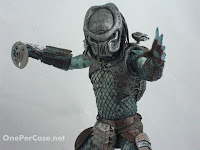 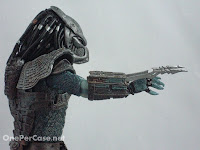 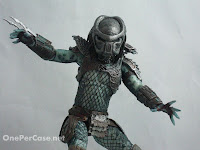 In the accessories department, the smart-disc is the only weapon included this time (not counting the plasma caster and wrist blades), so nothing really spectacular here, but it's enough to make me happy.  The one issues I do have, though, is that the throwing disc doesn't stay in its leg holster very well.  Looking at it sideways causes it to fall out.  I'm also having this problem with Scout Predator (which I'll review tomorrow), so I don't think it's a one-off.  I think it may be due to the mold for the holster (which is cast in a soft rubbery plastic) being re-used to the point now that it's begun to deteriorate in quality.  This is a shame, as I'd really like to be able to store the blade in it's holster when I don't feel like posing the Warrior to look like he's using it. 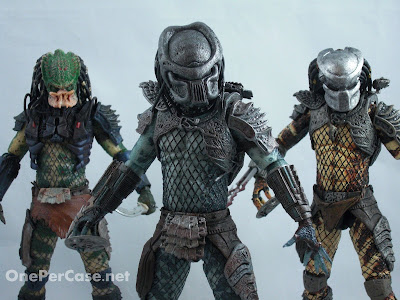 Despite that setback, this figure is still an absolute necessity if you're a Predator collector.  Your Lost Tribe won't be complete without him.  This wave is showing up in Toys R Us stores now, and is available for pre-order at BBTS. 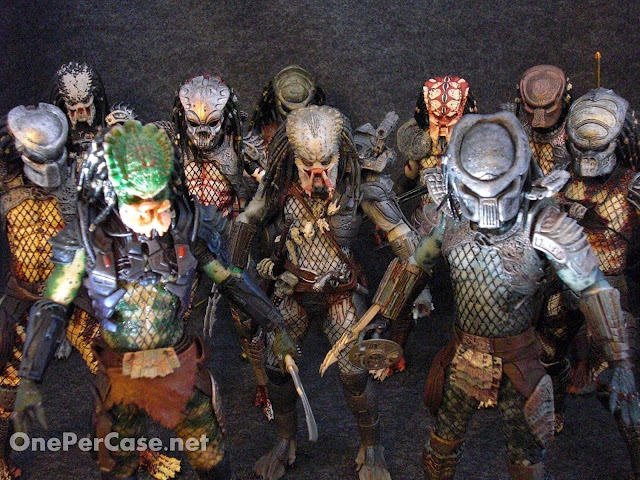