It's hard not to like good ole Supes.  The epitome of hope.  Truth, Justice and the American way or is it Truth, Justice and all that stuff... as coined in Superman Returns.  We all want to forget that movie, but it's so hard to erase that steaming piece of garbage from our braincase.  So hard.

The DCnU rebooted Supes.  Although he is basically the same, his has look changed.  He lost his outside undies.  The look that inspired kids to wear a towel around their neck and their underwear outside their pants is gone.  Sad as it is, the figure still came out spectacularly!

DC Universe style packaging....  not much to talk about.  Once again way over-sized for the figure. 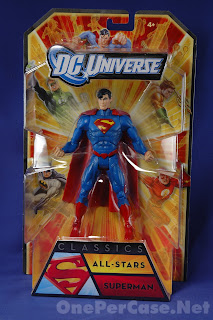 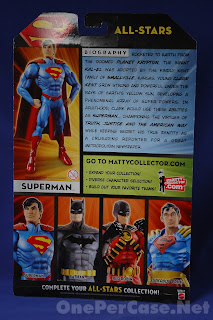 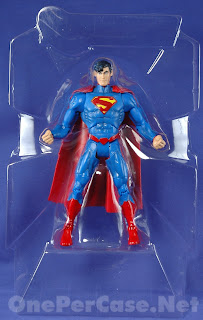 DC Universe style articulation.  No rocker ankles or double joints.  No extra articulated hands...  C'mon Mattel, how does Hasbro do it? 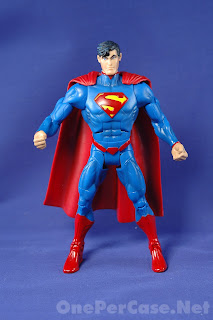 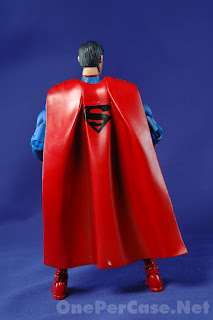 The sculpt, however, is great.  Little lines all over his costume.  A sculpted "S" on his chest is one of the single greatest things ever!  Details adorn his hands and boots.  His belt is also new.  Mine seems to be stuck in place however, limited waist movement.  I am not sure how much I like the head sculpt.  It kinda looks like him, but I don't think it as good of likeness as DCnU Batman's.

The paint is good.  Not a whole lot you can screw up there.  He even has a black "S" on the back of his cape!  Love it. 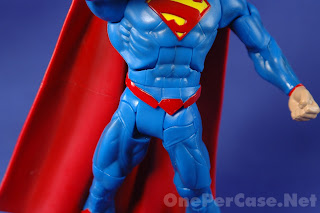 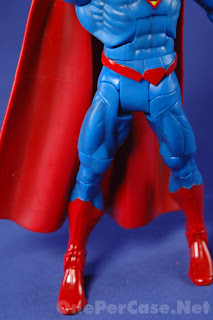 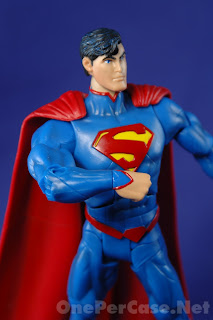 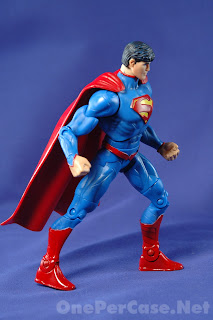 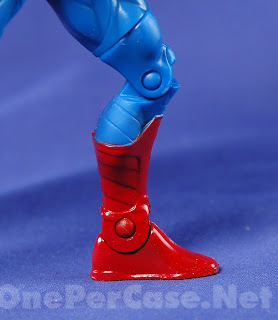 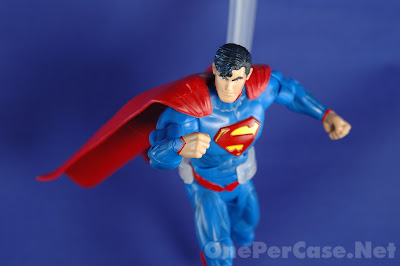 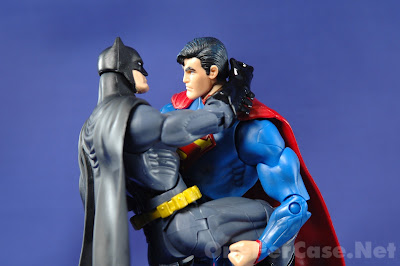