Review time! Kang is a classic bad guy in the Marvel Universe. Many of us were expecting to see him in the original Secret Wars comic packs, but he didn’t make the cut. Well now it’s time for Kang to shine! We first saw him in plastic back in the early 80s. So how does the newest version stack up? Read the review to find out. 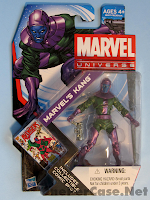 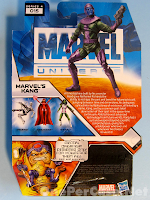 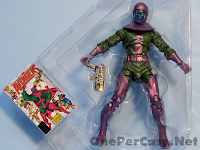 Looking at the package, we see that we now get “Marvel’s Kang”. Well, you can’t win them all. I’d rather see him as Kang the Conqueror, but I don’t know all the legal ramifications. Besides, you wouldn’t want to confuse him with this Kang, that Kang, or any of the other Kangs. Damn, who knew Kang was the intergalactic “John”? In my opinion, a good choice of card image, a good choice for the mini-comic cover, and for some reason I still enjoy MODOK the mad collector. 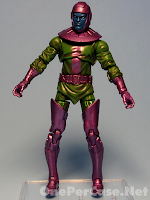 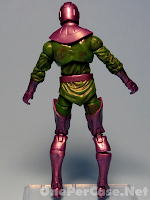 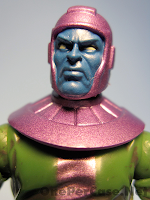 Overall, it’s a nice sculpt. The head sculpt is awesome. He looks a little cocky, but he is a bad ass, so he’s earned the right. The collar looks nice, although it does take a little effort to get it to lie naturally on Kang’s shoulders. The bottom of the tunic works well, and the boots look nice. My particular sample has some issues with the right calf staying together, but hopefully that’s not a wide-spread quality control issue. Time will tell. His metallic paint job makes him nice and shiny in the purple parts. He’s got a nice green with a slight wash for his outfit that works pretty well. His face is a nice rich blue, which makes the yellow eyes pop. Nicely done. 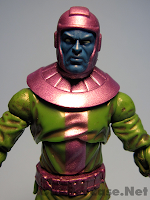 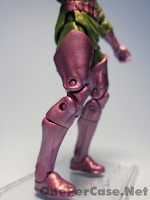 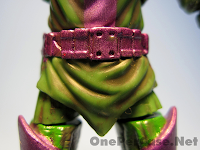 Unlike some baddies, Kang’s not above resorting to ray guns to achieve his dastardly goals. He comes packed with a very well-sculpted weapon. The coloring is good, and the amount of detail is impressive for a weapon in this scale. To top it off, he can hold it well. If you only get one gun, you better make it count, and Hasbro made this one count. 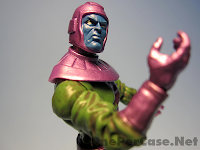 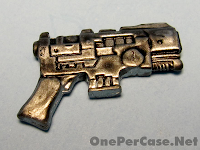 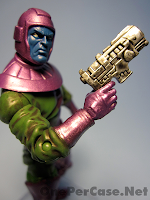 Kang’s articulation is confusing. At first glance, he looks like he’s got the Marvel Universe standard. Then you start trying to move him around, and you run into some weird obstacles. His legs are tough to straighten, and his arms don’t want to go down at his sides. The result is that his “casual” stance ends up falling somewhere between ballerina and zombie. Go figure. Action poses are ok, but Kang isn’t suited to a resting pose. No rest for the wicked. 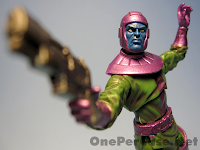 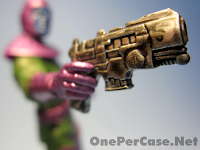 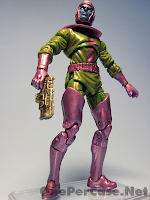 Given that we haven’t seen Kang in a while, and we’re not likely to see him again anytime soon (and if we do, it’ll no doubt be repainted in a comic pack) you’re in another “this or nothing” situation. While his hindered articulation leaves him well short of perfect, this is a Kang worth owning. While not as lacking as women, we still don’t have a whole lot of evil-doers in the Marvel Universe line, so you’ll do well to pick up Kang if you see him. 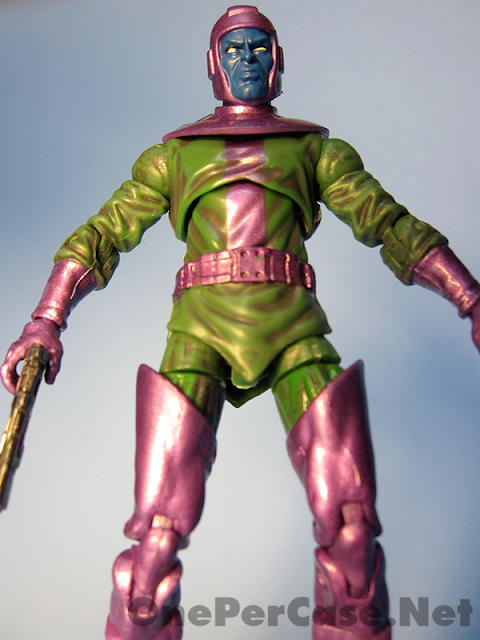