We'll close out Wave 19 today with everyone's favorite reality-warping, mutant-annihilating, team-mate murdering daughter of the master of magnetism.  Being packed only one per case, she's at the top of many collectors want lists right now.  And if you don't click the read more link right there, she's just going to alter reality to make it as if you did click it.  So you might as well just click it already.

If you're not familiar with the long painful history of Wanda Maximoff, do yourself a favor and read up on her.  After all, she was the key player in the Avengers: Disassembled story, which directly resulted in the House of M and New Avengers story lines (some of my favorite modern books), and arguably shaped the entire Marvel Universe from that point forward. 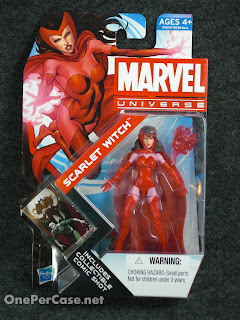 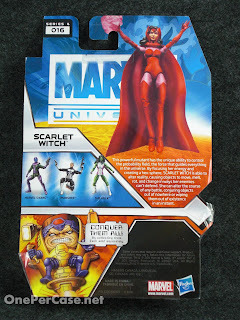 Wanda's packaging looks nice, with some great character art on the front, a comic shot of her and her twin brother Pietro, and fitting red highlights for the name card.  On the back, MODOK tries to influence you to commit horrible crimes against humanity in the name of collecting Hasbro products, and the photo of the hand painted prototype stares creepily at you while you read her back story.  Good times. 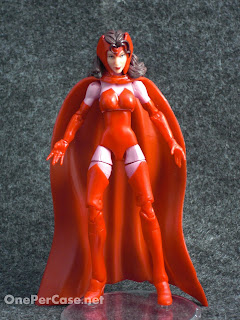 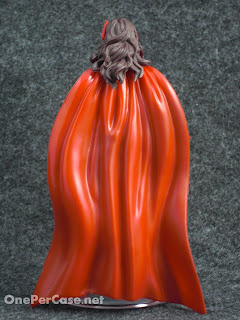 This figure is the first to re-use the superior female buck that originated with last year's X-23.  No more under-articulated, ill-defined, virtually detail-less female figures here.  Well at least until the next time Hasbro re-uses that older, horrible female body that just won't die.  The Witch's head, cape, hands, thighs and feet are new.  The detail in the head sculpt, especially the hair, is impressive. 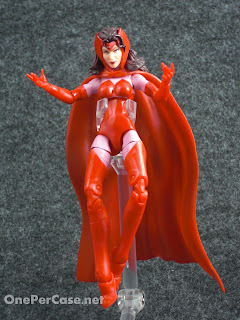 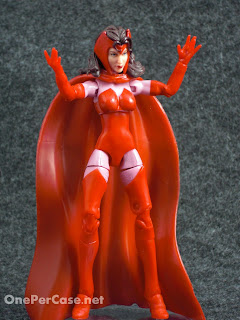 Because Wanda is on the newer body, she features tons of articulation, including a neck hinge, ball jointed head, torso and hips, ball-hinged and swivel elbows, shoulders and ankles (with rockers), double hinged knees, and swivel wrists, thighs and calves.  Unfortunately, just as with X-23, the hip sockets are a little too tight and poseability in the hip area is pretty difficult.  I hope that Hasbro will fix that in future uses of this mold. 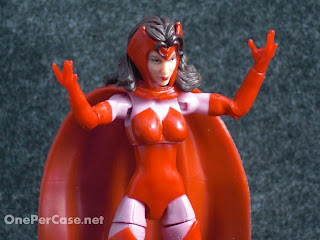 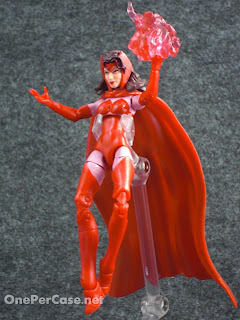 Wanda's paint job is pretty simple, but looks mostly good.  All of the samples I've seen are just a little sloppy in a few places, most notably on the underside of the top half of her torso (under her boobs).  Also, I'm not a fan of how her lips are painted.  They look too pursed to me.  But at least this paint job is better than the horrible photo on the back of her card. 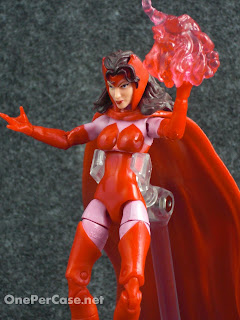 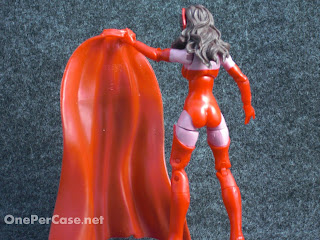 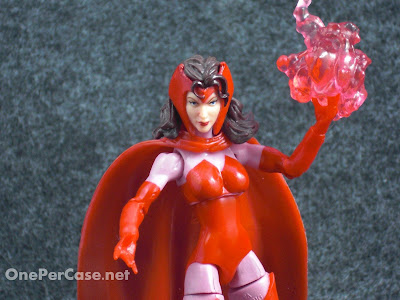 In addition to her awesome cape, which again was a new sculpt, Wanda comes with an energy ball effect thingy for her hands.  It's the same new sculpt being used with the upcoming Jubilee figure.  Since you can't really make an accessory that represents Wanda's reality altering powers, and no other accessories really make sense with her, this will do nicely. 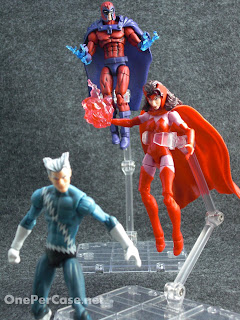 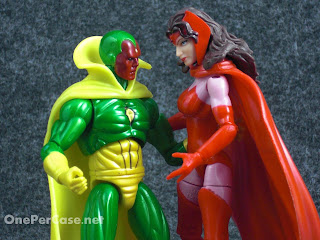 All in all, the Scarlet Witch is a fairly impressive figure that is representative of how well Hasbro can do female characters when they choose to put the effort into it.  My only real gripe is that she's packed at only one per case, which makes her one of the more sought after, and therefore difficult to find, figures in the wave.  With the last few waves having great case packs that included two each of the new figures, I view this as a step backwards for Hasbro, especially considering that there were four older, largely unwanted figures repacked in this assortment.  This figure is absolutely worth tracking down and adding to your collection, either as an old-school member of Magneto's Brotherhood of Evil Mutants, or as a classic Avenger.  Hell, buy two if you can find them and use one for each role. 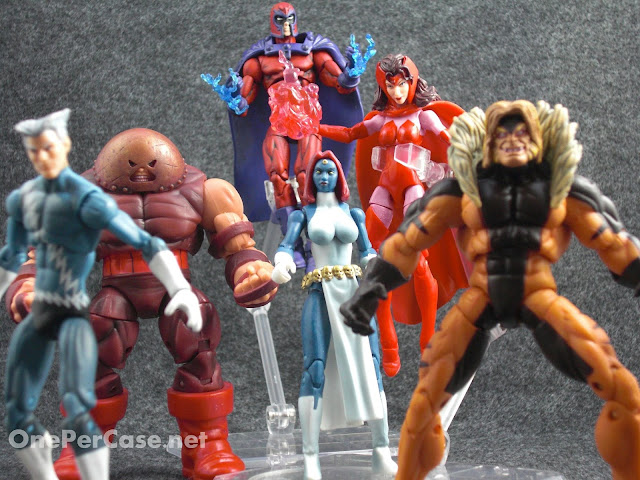 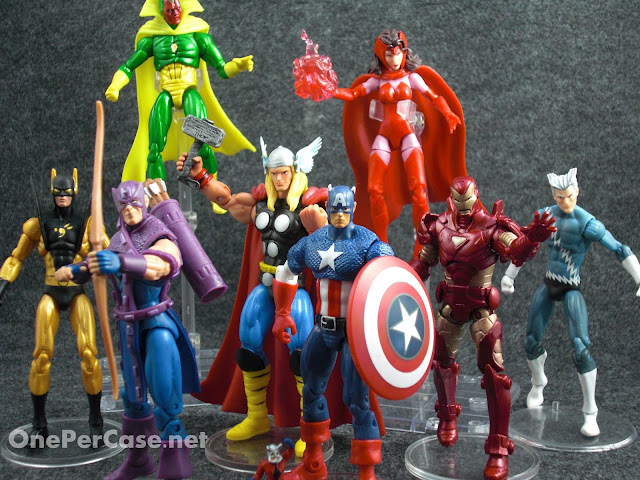