Over the past few months, Hasbro has given us no shortage of Spider-Men.  We saw the Ultimate versions yesterday, we looked at the Bag Head variant of this figure last month, and the comic pack version before that.  And there was this one, too.  And don't forget all these movie line figures.  And the six inch version of this guy.  And his variant.  So do you really want to add one more version to your collection?  Yes, you do.

Since I've basically already reviewed this figure twice, I'm going to go light on the words and heavy on the pictures for this review.  After all, this version is identical to the above-linked comic pack version, with reversed colors (or non-reversed, depending on how you look at it). 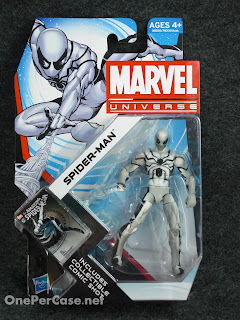 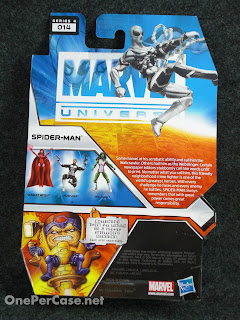 Packaging looks good.  Since this is the primary version, he matches the artwork on the card, and the concerns of parents getting confused that I mentioned in the bag head review are moot.  MODOK is there to insult your intelligence if you don't collect them all. 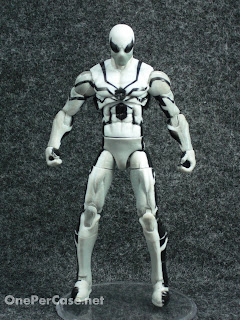 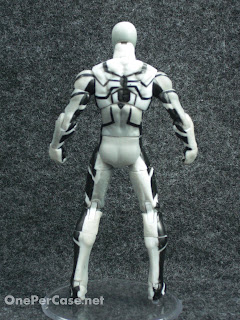 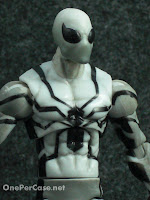 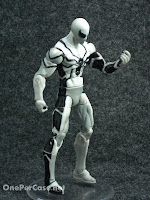 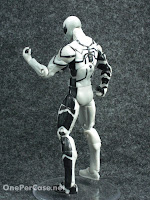 The figure uses the same buck as the comic pack and bag head versions (the Jim Lee Cyclops/Steve Rogers buck), which I still think is too big to be Spidey, but I've gotta admit, this costume looks awesome on it.  Articulation is great, but he is still missing his thwippy hand (the 6" version had it, why not this guy?). 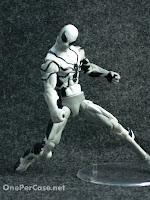 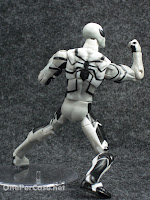 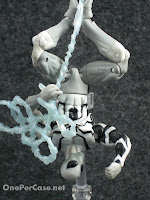 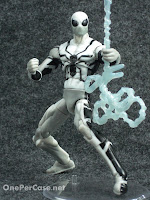 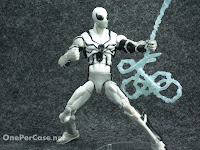 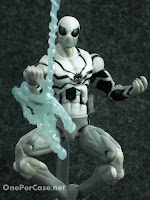 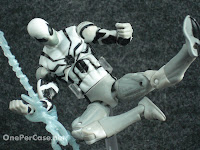 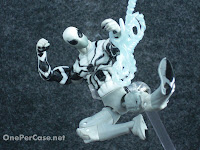 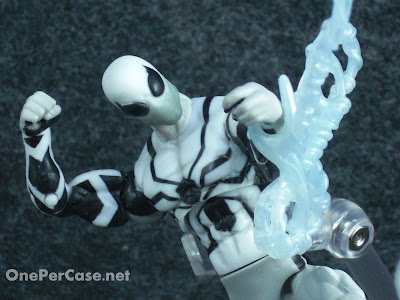 The paint job is something to watch out for.  I've seen 4 or 5 of these guys in the wild now, and all of them had something sloppy about their paint.  Mostly blurred, smudged black lines.  And some have heavier grey washes on them than others do.  So definitely watch the paint closely when picking out one of these guys.  The QC guy was off the day these rolled down the assembly line. 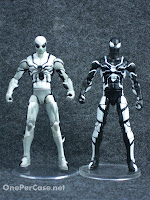 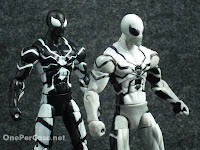 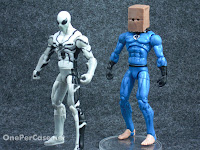 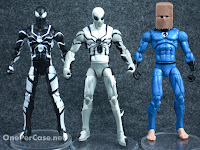 Here's something that surprised me.  The comic pack version came with his typical Series 1 web accessory.  The single carded bag head variant did not.  Therefore, I didn't expect this standard version to.  But he did.  And sure enough, I double checked, the bag head variant doesn't have a place for it in his bubble.  But this version does.  Strange. 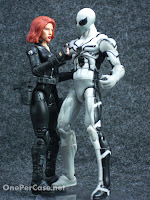 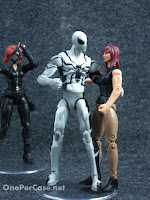 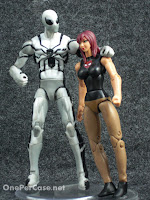 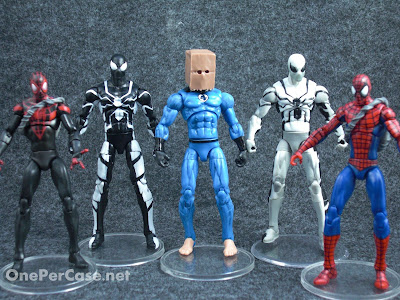 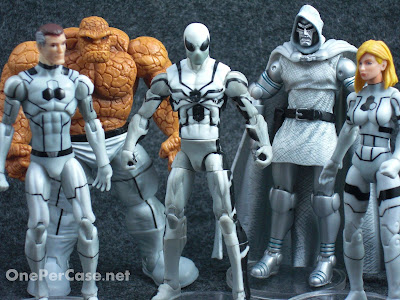 So yes, if you are a fan of Spidey and his growing plethora of costumes lately, you'll want to pick this guy up.  If you're a fan of the Future Foundation (I was a casual fan of that series), you'll want to pick this guy up, as well.  He's a pretty awesome figure, despite some minor paint issues.  He's now available from online retailers such as BBTS (but there's no guarantee which version you'll get), and this wave is now showing up at Walmart in the US. 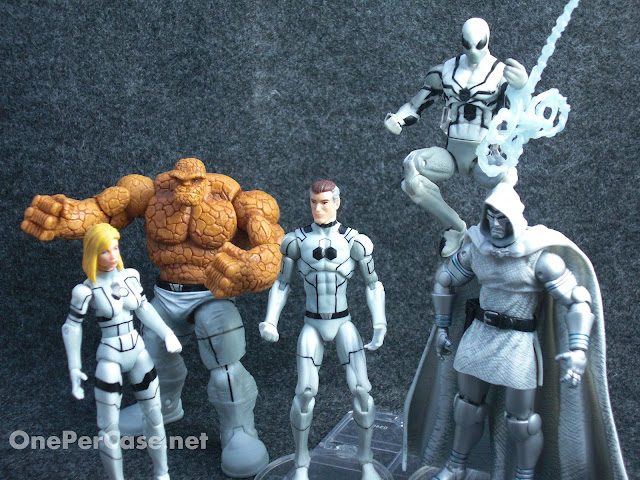