Finally, after nearly two years of waiting, my Lost Tribe is complete!  NECA's sixth series of their outstanding Predators line is now in stores, giving us the final three members of this mysterious group seen in the brief few moments at the end of Predator 2.  To kick off this weeks Predator reviews, we'll start with the tribe's namesake, the Lost Predator. 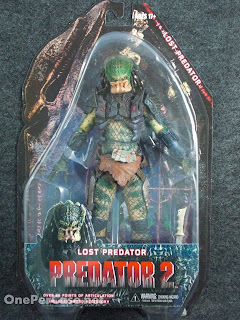 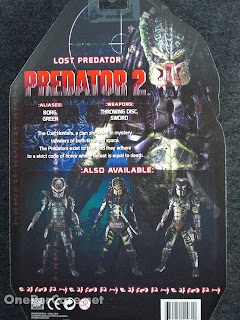 The Lost Predator, also known as "Borg", or "Green", comes in the standard Predator 2 packaging, with character-specific art but a generic bio on the back, just like all the other members of the tribe.  Of all the members of the tribe, this is the one I'd most like to see an official bio for (seriously, what is the story with this dude's armor?!), so it stings a little that we don't get one.  The figure looks nice on the card, but you can't fully enjoy him trapped in all that plastic.  Bust'em out! 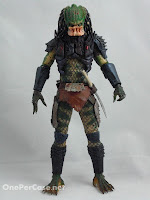 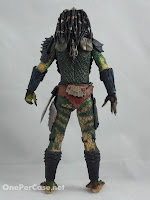 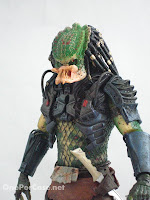 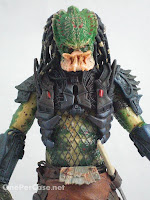 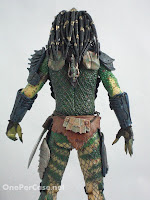 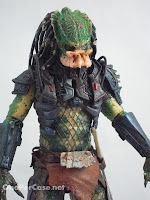 The figure uses the same buck as the rest of the tribe (except the Elder), so the body sculpt and articulation are old news at this point, but that's not to say those two aspects are any less impressive than they were on the first figure we saw them on.  On the contrary.  For a figure that we've effectively received nine times now with different paint jobs and glued-on armor bits, NECA still manages to make it feel new. 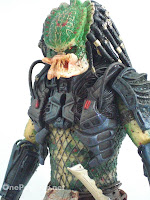 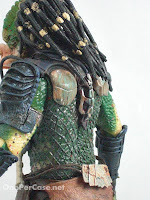 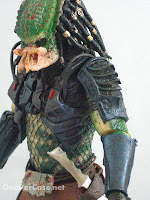 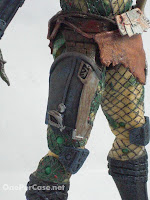 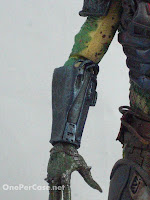 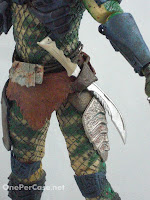 The new bits on this figure, along with the very unique paint job, contribute greatly to that.  Seriously, check out that chest armor.   The level of detail in the wiring really stands out.  An in fact, most of the armor on this guy is unique to him, including the weaponless gauntlets and the right thigh piece.  And it all certainly is a different style than what we see on most of the Predators. 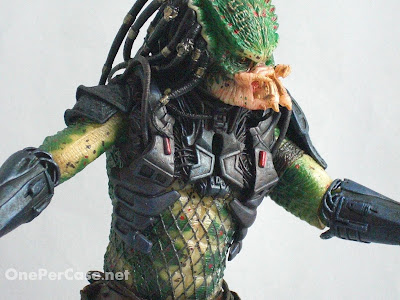 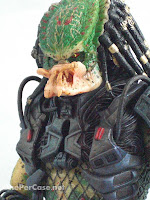 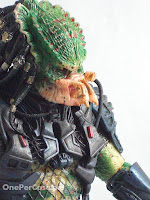 The head, which is also a unique sculpt, also adds a great deal to this character.  Of all the Predators NECA has given us, this is by far one of the meanest looking.  I love the level of detail in the skin texture, and on the mandibles.  The extra little teeth, similar to the Elder's, really add to the character's overall badassness factor. 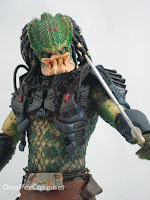 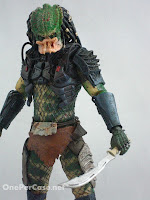 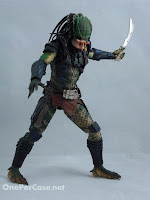 The paint job really impresses on this figure as well.  Most of NECA's Predators feature impressive paint, but this shade of green is unique among the Predator figures so far, and it really pops against the dark colored armor.  The blending with the lighter yellowish color, and the darker brown and red spots really gives a realistic appearance, as if this character just stepped off the movie screen.  There's also some good detail in the silver armor and the loin cloth and armor plates.  Great job here, NECA. 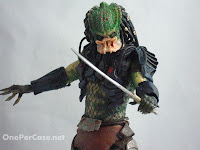 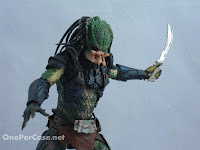 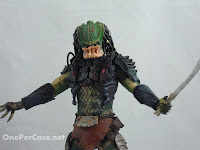 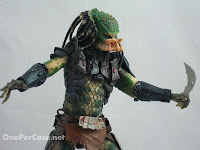 This character is a little light on the weapons, carrying only a short sword (despite the card back also mentioning a throwing disc), which fits nicely into a holster on the belt, but that's hardly NECA's fault if the movie design didn't include a ton of weaponry.  The sword is nicely detailed and is painted a nice metallic silver.  Still, I wouldn't mind something else included here.  Another trophy skull or something would've been nice. 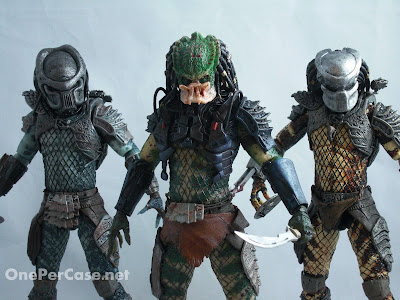 All in all, this is another impressive addition to NECA's ever-growing Predators line.  In fact, I think this is the member of the Lost Tribe that I've most looked forward to, just for his unique appearance.  I am not disappointed.  This badass alien hunter is a must-have for any Predator collector. 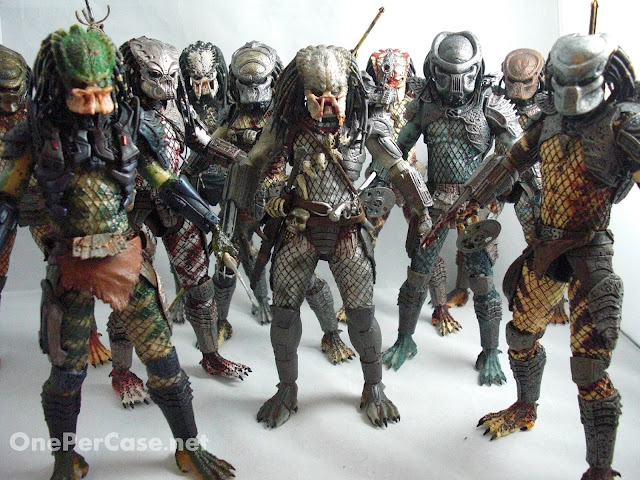