Deadpool.  It seems everyone loves Deadpool.  Based on the availability of his action figure releases and the subsequent aftermarket prices, this figure should do really well in his X-Force colors.  Not to mention the love X-Force has been getting from Hasbro.  SDCC and a few other releases make this a team to be reckoned with on our shelves.

I won't really go into a ton of detail on this figure.  He is a straight repaint of the TRU 2 packs from a year or so ago.  Same gear but different paint.  I love him.  You should to.

I think one of the best features of Deadpool in X-Force colors is the backside card art.  If you haven't taken a good look at it.  I will help you see all the nuances. 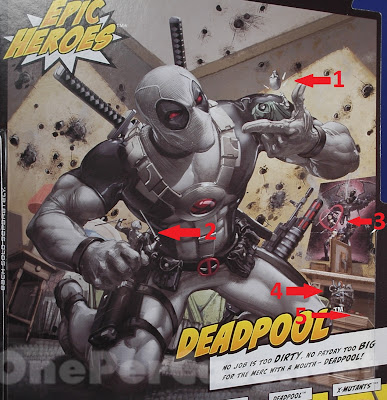 1. Notice how Deadpool plays with his action figures.  Popping the head off of Doctor Doom!
2. Deadpool is Deadpool's biggest fan and his favorite action figure
3. Deadpool loves Psylocke.  Don't we all?
4. Deadpool hates Mystique.  I'm having a hard time agreeing with him.  Have you seen her outfit?
5. This looks to be a discarded Iron Man.  We all have one or two of those.

Ok, onto the figure...  not gonna spill a lot of text into it.  We all know the figure (if you don't you should!) and we will get the Red version later this year or early next.  Oh and he comes with one of those bases... 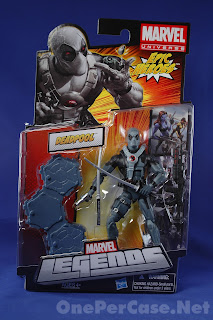 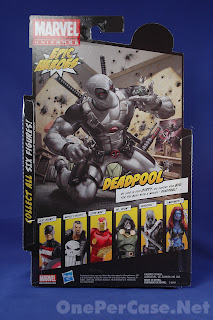 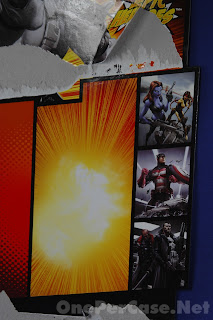 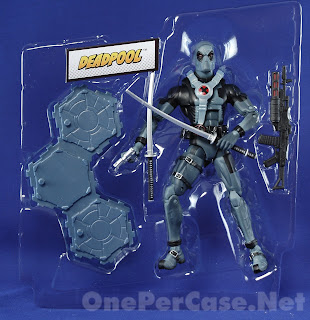 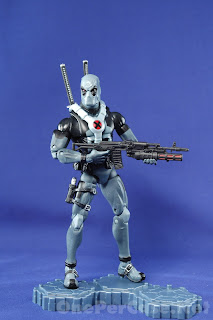 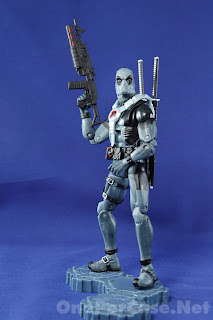 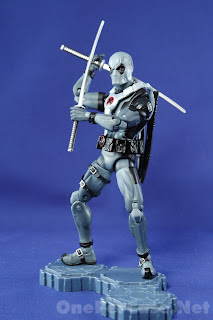 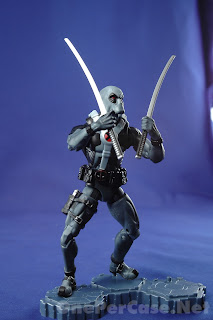 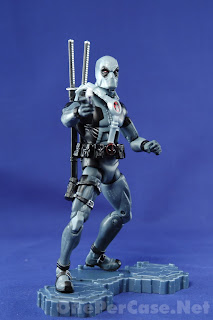 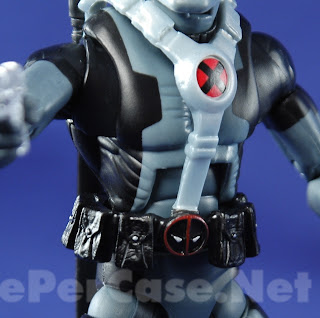 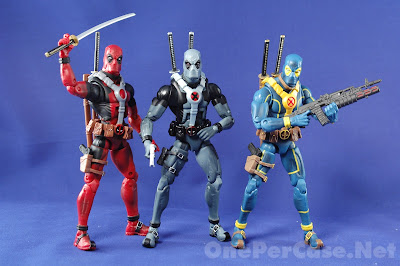 And the Money Shot!!! 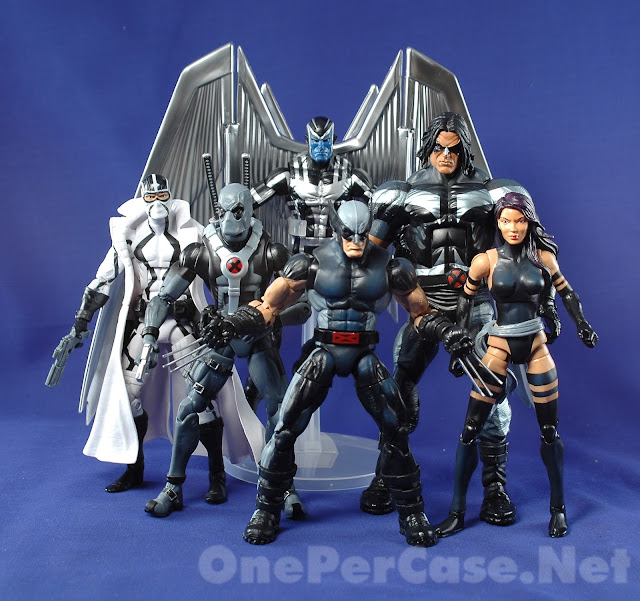