What the heck is a shatter blaster?!? It sounds like the most disgusting, gut-busting burrito on the menu at a dirty run-down diner. Couldn’t Hasbro give this new, allegedly “super articulated”, Iron Man a more Shawarma-based name?

So, back to Hasbro’s mostly terrible new Avengers Wave 4 figures. This new version of the Iron Man Mark VII armor is supposedly “super articulated”. Haha. Not quite. 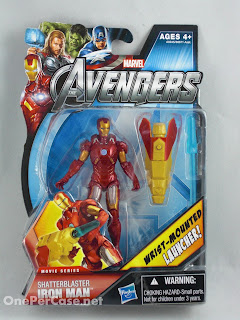 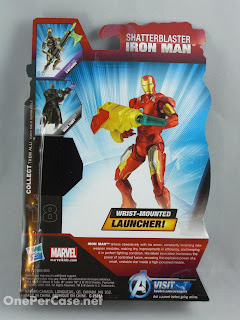 The packaging looks like Avengers packaging. Which it is. So Hasbro didn’t mess that up. High five, Hasbro. 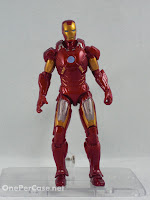 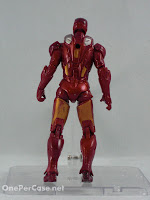 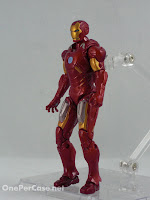 The figure, as I mentioned when we looked at the early samples, is identical from the waist up to the first Mark VII figure. Only his legs are new. And since these new, “super articulated” legs are his key selling point, I was extremely disappointed to find that on my sample, his knees were completely stuck and unmovable upon removing him from the package. After repeated attempts to heat and then freeze the plastic in the knees, I was still not able to get them to loosen up.  A couple days later, the left knee finally loosened and now moves, but the right knee remains completely stuck. I take back my high five, Hasbro. So I’ve got a figure that I only spent money on because it’s supposedly an improvement over the prior version, and that improvement is basically negated thanks to horrible quality control. Fantastic.

Dear Hasbro: Your customers shouldn’t have to constantly fix your repeated f@#$ ups. 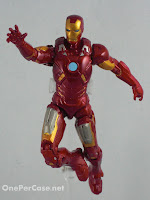 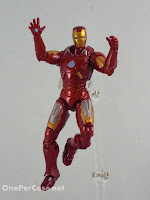 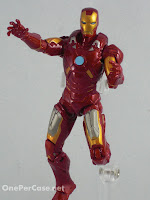 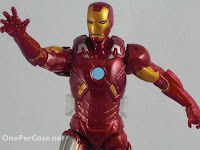 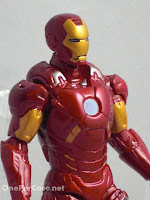 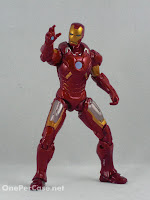 So, now that that’s out of the way. Back to the figure. The new legs feature double-hinged knees and ball-hinged ankles with rockers. Nice step up from the under-articulated junk that was the original figure. Unfortunately, he still lacks wrist, waist or torso articulation, so sadly, he does not match the design aesthetic of the Iron Man 2 figures (which for the record, I thought were awesome).


The paint job is actually missing a few of the details from the early sample, though it is worth noting that this version DOES have his palm repulsors painted (that detail was missing on the early sample). Out of the two carded ones I got, one had sloppy silver paint on the shoulders, and the other, this one, had a sloppy blue ARC reactor and messed up gold paint on the back of the thighs, so paint QC continues to be an issue. Inspect closely before buying this guy.  The early sample has gold detail painted on the shins just below the knee, and on the forearms below the elbow, and well as additional silver details on the upper chest between the ARC reactor and shoulders.  These details were missing from both the retail samples I got.  So it looks like Hasbro cheaped out on the paint job early in production.  Like we needed one more thing in this line cheaped out on. 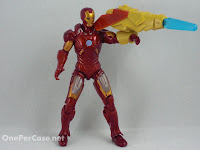 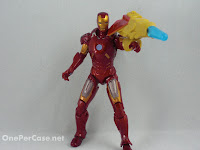 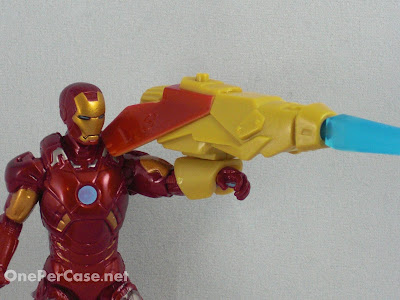 Instead of an energy buzz saw, this figure returns to the more traditional, completely non-canon missile launcher accessory. I believe this is a repaint of one from the Captain America line, which in turn was a repaint of one from the Iron Man 2 line. No other accessories are included, which is disappointing. This would’ve been a great opportunity (and a great way to lessen the sting of buying another under-articulated Mark VII) to include a swappable Tony Stark head. We know Hasbro already has one tooled up, and considering that we’ve gotten an unmasked Steve Rogers, it’s more than perplexing at this point that we don’t have Tony. 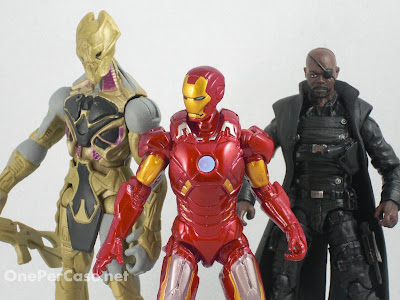 If you don’t already have the Fusion Armor Mark VII, go ahead and pick this version up instead. Its slightly better articulation makes it the clear choice. Just beware of sloppy paint and severely stuck joints. If you do already have the first version of the Mark VII, this one is going to be a tough pill to swallow. You’d probably be happier just saving your money. Hasbro’s lackluster efforts with this most recent wave aren’t deserving of the prices they’re asking. That could really be said about every figure (except Black Widow!) in this line, but this wave stands out in my mind as the worst of the line for quality.  Buy at your own risk. 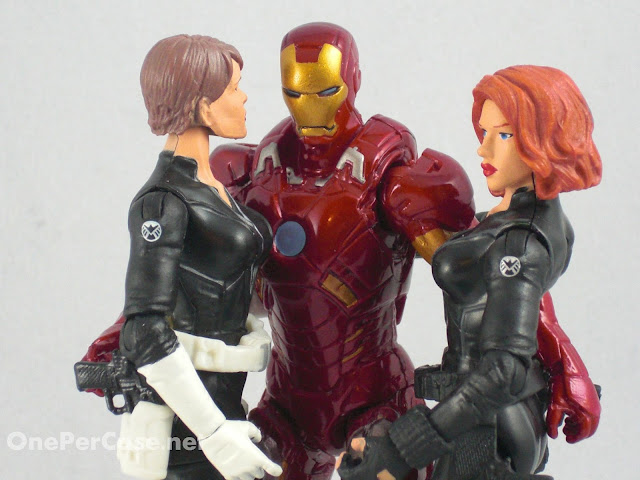