The 4th and apparently final wave of Hasbro’s “The Avengers” 3 ¾” figures is starting to hit retail. Is this single-carded Chitauri soldier any better than the deluxe version we looked at yesterday? No. Not at all. But click on the read more link anyway!

When I first got an early factory sample of the Chitauri from a seller in China last month, I really, really hoped that it was just the crappy deluxe figure, since they are traditionally less articulated in Hasbro’s Marvel movie lines, and that the single carded Chitauri would be something better. You know, something with knees and elbows at minimum. After all, the first look we got at these figures, the display set up at the Times Square Toys R Us in New York, and Hasbro's own press photos, seemed to indicate that at least some of the figures were more poseable.

Sadly, this was not the case. Now having both the single carded and deluxe Chitauri figures in hand, I can confirm that they are the exact same figure with just slightly different paint jobs. The early samples I got were, in fact, the deluxe figure, just as I hoped – but the single carded one isn’t any better. 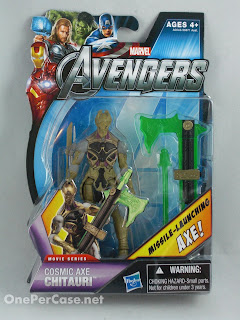 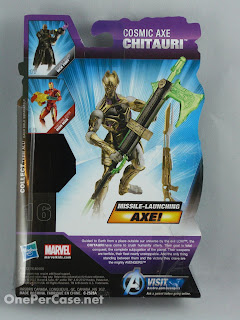 Packaging, schmackaging. It looks like the rest of the line.  Strangely, there is a blank spot on the back of the card in the cross-sell.  Rather than showing a figure from a previous wave, Hasbro's packaging designers just left this spot black.  Probably a mistake on their part.  And that pretty much sums up the level of effort put into the majority of this line, sadly. 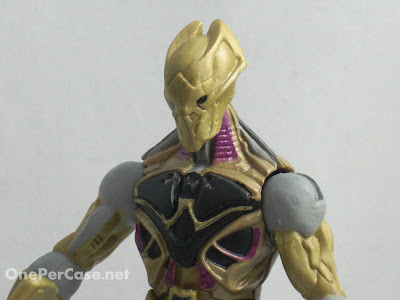 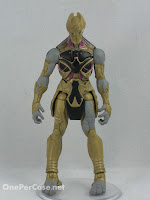 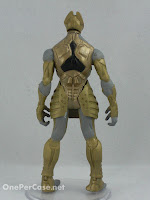 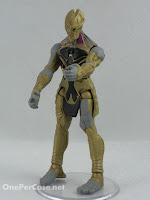 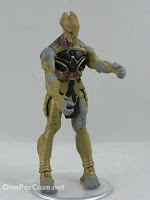 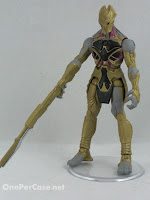 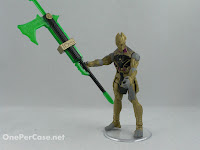 The figure has the same seven crappy POA’s as the chariot driver: ball socket head, and ball hinges at the shoulders, hips and ankles. And yes, the ankle joints ARE entirely useless without having knee joints to work in conjunction with. So that’s a big fat FAIL for articulation. Also, and I forgot to mention this in my review of the Chitauri Chariot of Death and Disappoinment yesterday, the left hip joint on both of my single-carded AND deluxe Chitauri soldiers was severely stuck when I opened them. I’m not sure if it was paint or glue or what that was stuck in the joint preventing the left from moving forward, but I’ve only successfully un-stuck one of them so far. So that’s a big fat FAIL in the QC department, too, Hasbro. And this is a recurring theme with this wave, as you’ll see in my upcoming reviews. 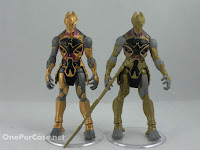 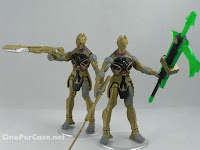 Let’s talk about deco. The deco sucks. It’s a much duller, blander version of the deluxe. The gold and purple are much less metallic, and without that contrast against the grey skin of the alien soldier, the entire figure just looks bland. Way to cheap out again, big H. At least you were able to color within the lines (mostly) this time. 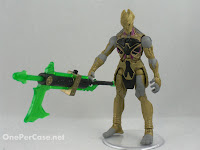 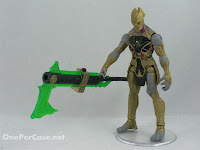 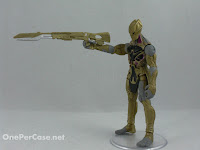 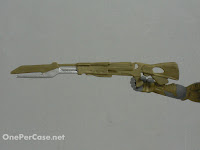 That brings me to accessories. As the name implies, the Chitauri soldier comes with a big cosmic axe, forged from some mystical, mysterious translucent green metal. Or maybe it’s a lightsaber axe. Oops, I crossed the streams. Either way, it’s just a repaint of the giant missile launching axe that came with Sword Spike Thor earlier in this line. It looks nothing like the Chitauri weapons in the movie and is basically a throw-away. Luckily, Hasbro also saw fit to include a movie-accurate weapon, the long Chitauri rifle. It looks decent enough, but there’s one problem. The poor Chitauri doesn’t have elbows. So he can’t hold his weapon in any manner even close to bordering on realism. He can hold his rifle out straight, one handed. That’s it. No two-handed weapon brandishing going on here. Apparently in whatever universe the Chitauri are from, the laws of physics don’t apply. Now this may not bother everyone, but even when I was a kid, before most action figures even had elbow articulation, it used to drive me nuts when a figure had to straight-arm a weapon that was almost as long as they were tall. It looks incredibly unrealistic and downright stupid, and in today’s modern age of action figure aesthetics, there is really no viable excuse for this. So, Hasbro, you don’t get a complete FAIL on accessories, but you get a double-FAIL on articulation. 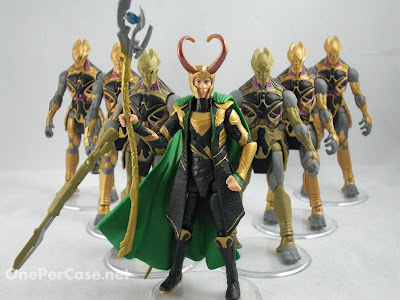 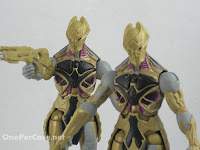 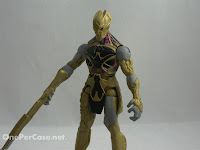 Over all, as a figure, this guy is just as bad (if not worse) as the deluxe version. At least that one has a decent paint job. But as a toy, this guy is only slightly better, if just for the fact that he DOESN’T include a giant poorly designed accessory that he is completely incapable of actually piloting. He just includes a medium sized accessory that he is basically incapable of using due to his own poor design. Also, he costs a few bucks less. As such, I don’t condone having anything to do with this figure. Purchase at your own risk. 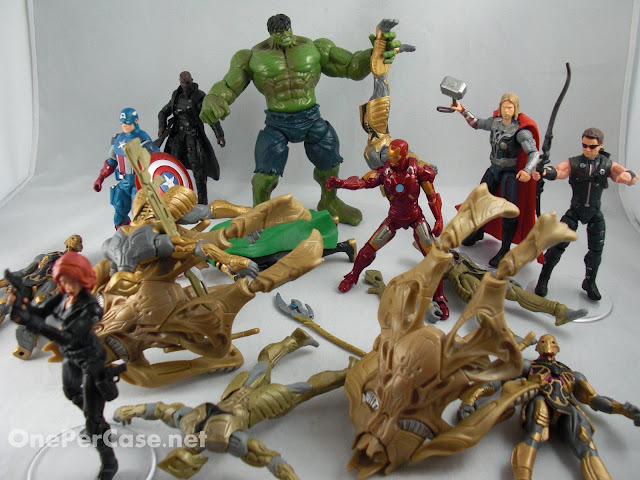